On these perf/noise ratio graphs, we remind you that the best is to be placed as much as possible at the bottom left of the graph. For the reading, the left most point symbolizes the ventilation in 12V, the one in the center the ventilation in 8V and the right most in 5V.

In 65W, we can see that the T120 RGB is positioned very aggressively on its slowest speeds. On the other hand, we find a strong contrast with its highest speed. As you can see, the curve is quickly moving upwards. We would have appreciated a lower noise level. 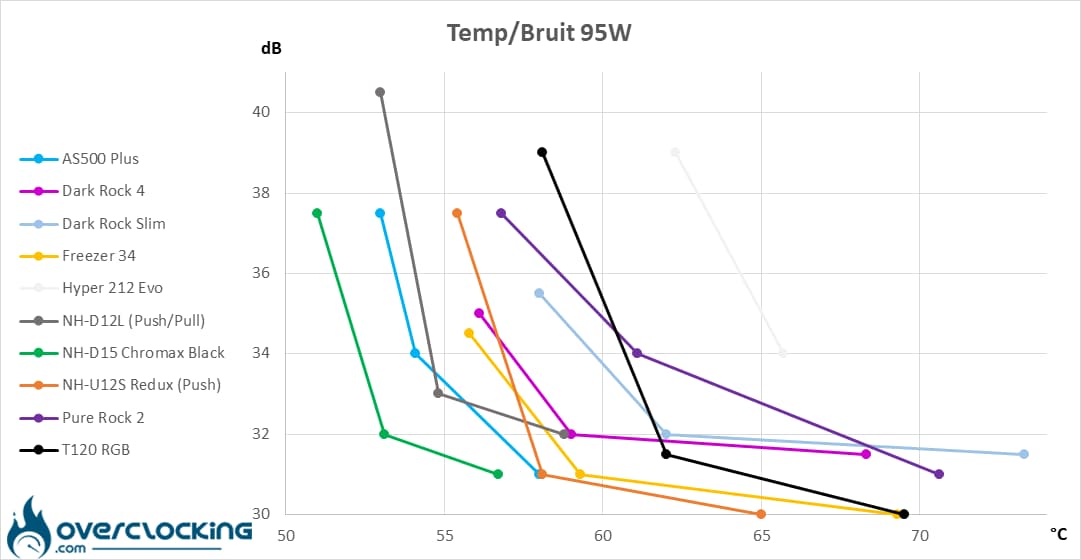 At 95W, we find a serious competitor to the Dark Rock Slim, the Pure Rock 2 and even the Dark Rock 4 on the slowest speeds. At full throttle, the noise generated is too important to fully compete with the competition. 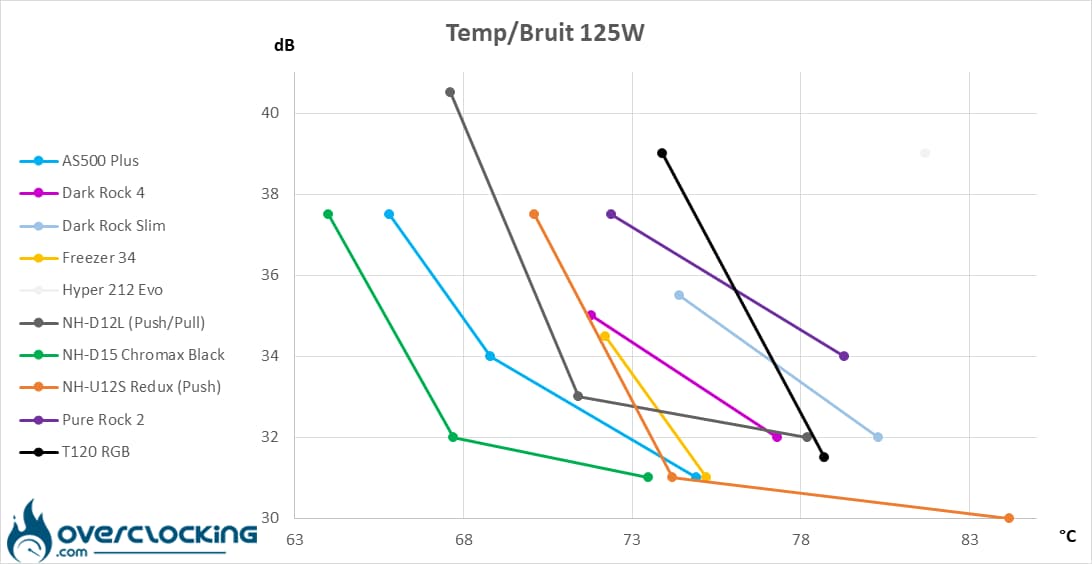 Finally, in 125W, we find only two points on the curve, it is normal, the T120 RGB is put in check at low speed. For the time being, we will retain an interesting heatsink with a regulated fan speed where it comes close to the Dark Rock 4 or the NH-D12L in push-pull at low speed for example.