With the end of the year just around the corner, it’s time for some to take stock and for others to begin calculating their annual assessments. The end of December is often the time when younger people start to make a theoretical assessment of how much money they’re going to spend on a new PC over the holidays. While the choice of GPUs will be quickly evacuated (or postponed), there are a lot of questions to be asked about CPUs.

We’ve put together a summary of both our tests and articles written this year, in order to give you an idea of the 5 best CPUs which you can buy at this moment. We hope that it will help you deciding which is the right CPU according to your needs. But before we start, let’s have a a few words about the context surrounding CPUs … 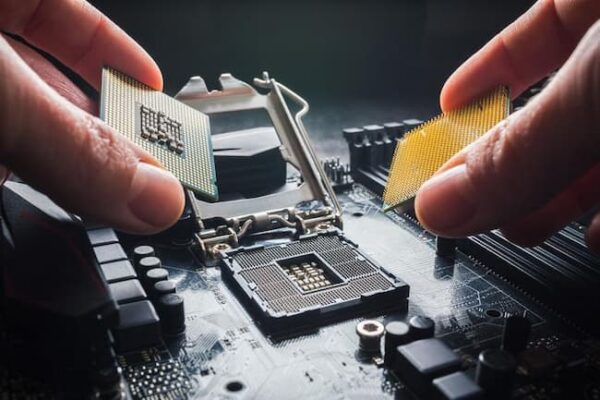 A year cannot be reduced to the impression of the last few weeks. For many months now, AMD has been gaining a considerable foothold in the market by imposing its Ryzen family of processors. Each new generation has brought significant performance improvements while maintaining a high level of compatibility on its platforms. This is the opposite of what Intel has been doing for the last few years. However, against all odds, Team Blue have come back from the dead to disrupt a situation which seemed to be clear to everyone.

RELATED STORY
Intel breaks the price of its A750 to $250!
Powered by Inline Related Posts

A year in which availability is also an argument of choice.

But this comeback by Intel is not the only presence in our ranking. Indeed, during this year 2021, AMD has suffered heavily from shortages and has had to make choices. One of these choices was to concentrate its production on the most profitable CPUs. This is how the Team Red have gradually disappeared from the entry level of gaming CPUs traditionally occupied by the Ryzen 5 2600 and Ryzen 5 3600, leaving room for the Intel Core i5s, which are now competitive again thanks to their availability, and their performance to price ratio.