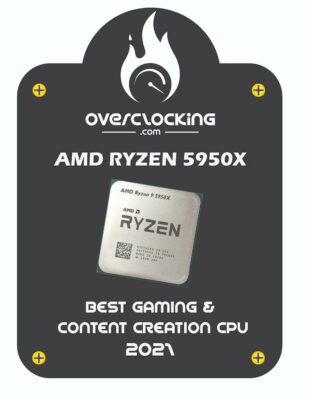 We chose to ignore the Threadripper and Xeon platforms because of the uncertainties about their short and medium term viability.

Clearly, AMD’s Threadripper platform is very powerful, especially if you’re doing video editing, 3D and the like. However, it has been at the end of its life for many months now and AMD keeps pushing back its evolution to the point that many believe it is doomed. The situation is almost similar at Intel where the pantagruelic Xeon W3175X is at the end of its life and the arrival of a new HEDT platform is also very hypothetical in the short-term. 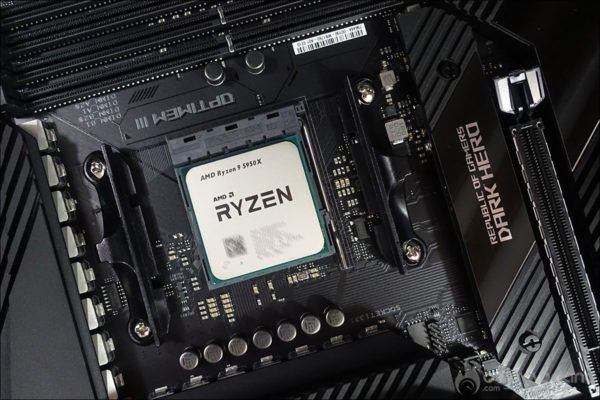 In these conditions, the choice of the Ryzen 9 5950X is obvious to us. Here again, as with the 5600X mentioned above, the choice of platform can be modulated according to your budget, your needs, etc. Except in a few specific cases, a 400 series platform will bring you almost the same advantages as the new 500 series. You can check our best recommendation concerning the B450 cards right underneath.

You can find our full review of the 5950X here. Today, the arrival of Intel’s i9-12900K does not question its supremacy, particularly in tasks requiring multiple cores. The question remains as to the sustainability of the investment as the AM4 platform is probably in its final months.

However, it is difficult to imagine that AMD will offer a price-competitive replacement solution by 2022. Without making any assumptions about the performance of future AMD CPUs on AM5, the adoption of DDR5 and a new platform will unfortunately drive prices up. That’s why we are keeping our recommendation for the Ryzen 9 5950X.