We’ve all noticed the change in Intel’s style since the arrival of its new CEO. Not long ago, we talked about the repositioning and the really radical change of mind set that Pat Gelsinger had been able to instill since his arrival.

Indeed, only a few weeks ago, the ebullient CEO openly indicated that Intel was not only going to slip gently into the GPU market but that the blue guys were going to “push” Nvidia like never before. A voluntarist statement that delighted those who think that Nvidia’s unshared domination of the GPU market is not a good thing. 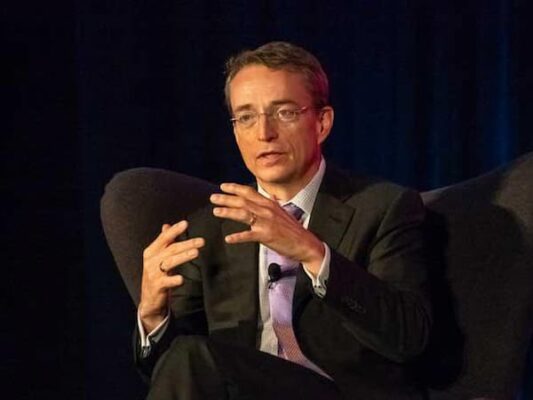 This “positive” or even in some ways belligerent attitude, Pat Gelsinger doesn’t really seem to be faking it, it’s obviously a character trait of his. Not hesitating to compare his “break” at Intel (Gelsinger left Intel in 2009 and spent 11 years working in other companies such as EMC and VMware) with that of Steve Jobs’ “vacation” at Apple, the American believes that things will turn out the same way for his company, with a new era of success. “Steve Jobs took 11 years of vacation at Apple. I also had 11 years of vacation. And in there, I learned a lot.” Now that he is back in business at Intel, Gelsinger makes it very clear in a recent interview that he has set a very strong pace and high ambition for the Intel teams to make the company the “undisputed leader” in all the product categories it competes in. Regarding the arrival of new CPUs, here again the CEO’s very direct speech is unequivocal: “AMD has done a solid job over the last two years. We won’t dismiss them for the good work they’ve done, but it’s over with Alder Lake and Sapphire Rapids.”

Now we have to look at the facts In his speeches, Pat Gelsinger has undoubtedly overplayed the American role by displaying an assurance that contrasts with the soothing speeches of his predecessors. But in the coming weeks, the masks will fall off, first with the arrival of Alder Lake and then the ARC GPUs. Surely, by the beginning of 2022, we will know if Pat Gelsinger is a “Big Talker / Little Doer” or a real “Big Doer”.