The objective of this test is not in itself to see the performance with this distroplate for OBT but rather to quantify its impact. Here, we will compare the measurements obtained with this new system to those obtained a few weeks ago on the old one. We will therefore directly compare throughputs and temperatures to the old test results of Arctic MX-6 and Eisblock GPX-N RTX 3080 FE.

Thermal paste applications are done crosswise on the CPU, this is the method that works best with all thermal pastes on the market. The waterblock is mounted and tightened to the screw stop to let the springs apply the right pressure. 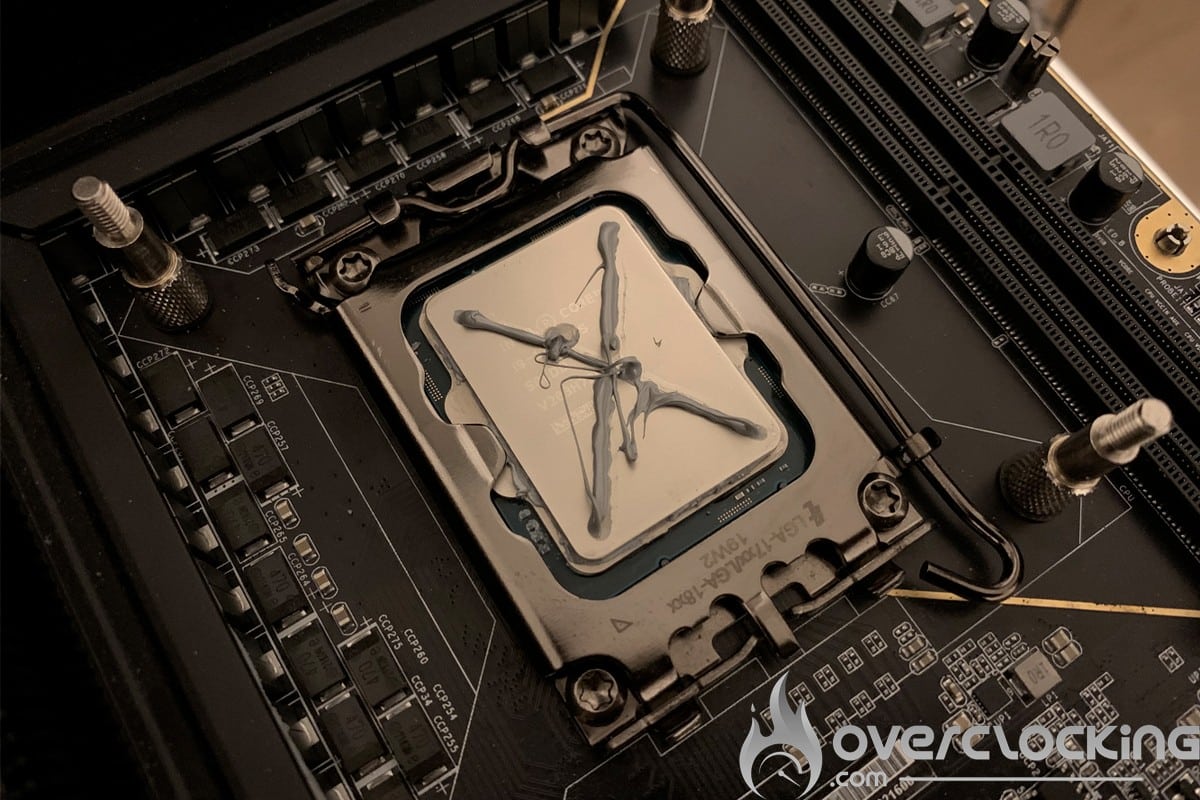 Then, a cinebench R23 stress test is run to warm up the thermal paste with 10min of heavy load. To finish, three R20 cinebench are launched in a row. While taking well into account to have the same water temperature between each beginning of benchmark.

Each thermal paste is applied three times with three cinebench R20 per application. The minimum delta T° value between the water and the CPU is recorded among these nine measurements.

The thermal pastes are applied by spreading on the GPU, this is the best method for a GPU use. The waterblock is mounted and tightened to the screw stop to let the springs apply the right pressure. The backplate is mounted to ensure the rigidity of the whole. Each thermal paste is applied only once with a pre-test check. The minimum delta T° value between the water and the GPU is taken before and after the 3 x 12h aging.

The GPU protocol mentioned above is not applied for this test. However, the card has aged more than 36h with this thermal paste but no disassembly has been done because of lack of time.

These protocols will nevertheless be implemented for the next thermal paste tests.