As we told you in this brief summary of the information given by AMD on its next generation of CPUs, we could see a Ryzen 7000 reaching 5.5 GHz under Ghostwire: Toyko. Today, thanks to an interview given to our colleagues of PCWolrd, we learn a little more. And know right away, that the processor used, the Ryzen 7000 with 16 cores was not overclocked! 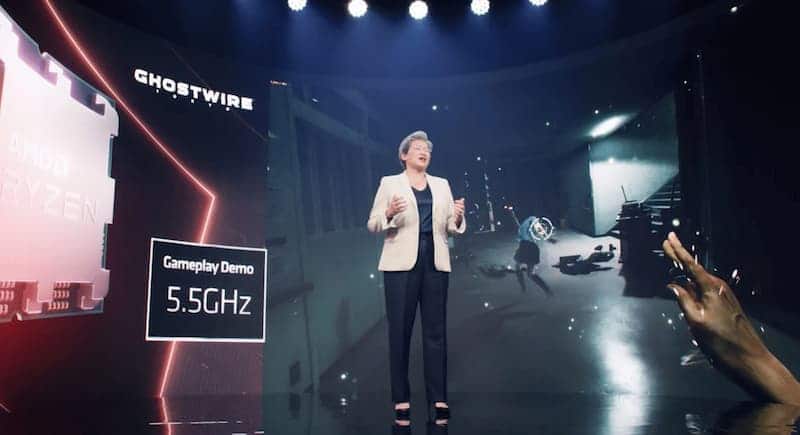 The cooling system was not special either since it was an Asetek AIO system in 280 mm. The processor was a Ryzen 7000 with 16 cores and coupled with a DDR5 memory kit with 6000 MT/s in CL30. Regarding the frequency, AMD confirms that it exceeded 5 GHz and that it varied during the demo between 5.2 and 5.5 GHz on several cores. This is excellent news but you should know that this frequency will also depend on the game used. The good news is the confirmation that this processor was indeed at its stock frequency, which suggests frequencies higher than 5 GHz but also perhaps an interesting margin in overclocking. And here is the complete video of the interview with our colleagues on the information about this Ryzen 7000 in particular.