Objectively, the Intel Raptor Lake processors are faster overall than the Ryzen 7000 processors in terms of global use (gaming and applications). But in some cases, the match is totally unbalanced. This is the case with some games. Spider-Man: Miles Morales is one of these titles. For the purposes of the test, the Core i9-13900K and the Ryzen 7950X were combined with an RTX 4090 card and DDR5-5600 memory. The verdict is clear: the Intel chip averages an impressive 119 FPS, while the Ryzen 9 7950X struggles to average 80 FPS, about 50% below its rival. 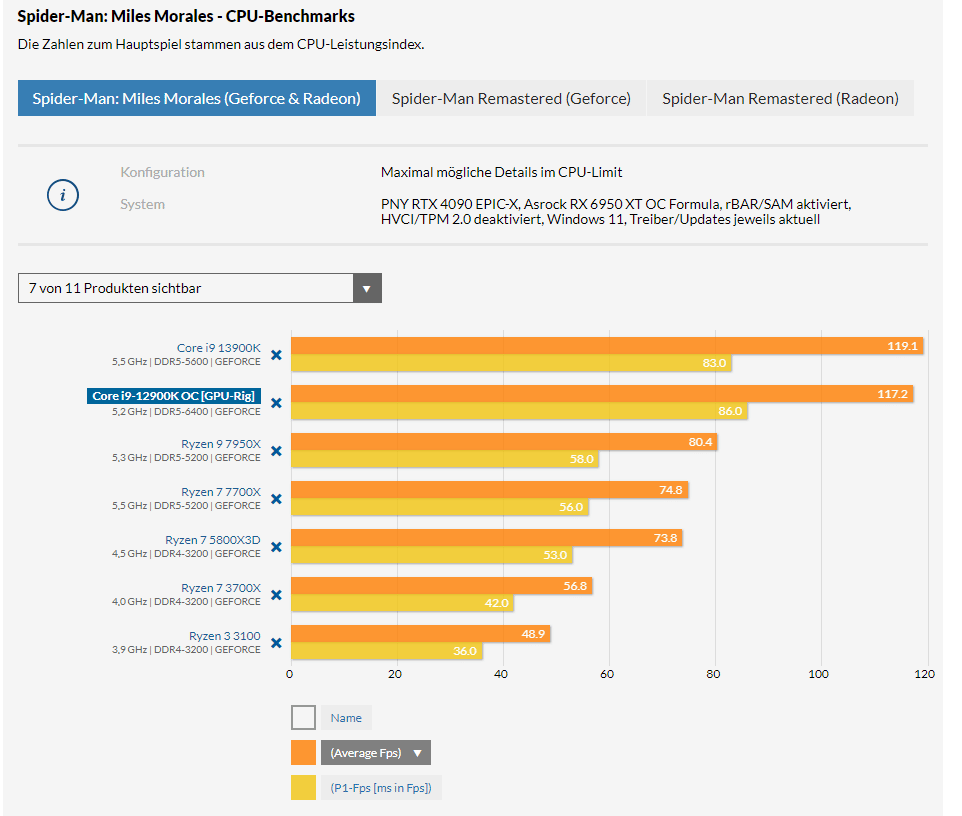 The memory controller: the Achilles heel of the Ryzen 7000

So how can we explain such a big difference on certain titles? We have already mentioned the Achilles heel of the Ryzen 7000: their memory management. This is a bottleneck that greatly penalizes AMD CPUs. The Raptor Lake chips have a more powerful memory controller, which gives them a considerable advantage in some titles. For the record, the 12th and 13th generation Intel Core processors have a bandwidth of 93 GB/s in intensive workloads, while the Ryzen 9 7950X is limited to 66 GB/s. That’s a 50% bandwidth delta between the two, in line with the performance gap. Also, the higher the DDR5 speed, the more the Raptor Lakes benefit, while the Ryzen 7000s hit a ceiling very quickly. 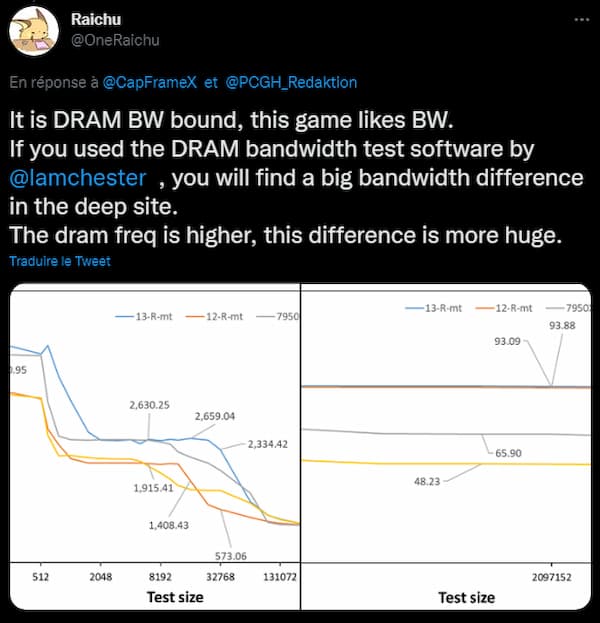 RELATED STORY
RX 6000: Humidity, a potential cause of death for cards!
Powered by Inline Related Posts