The processor used is an Intel Core i7 12700H, aiming at high performance with HK and HX series. 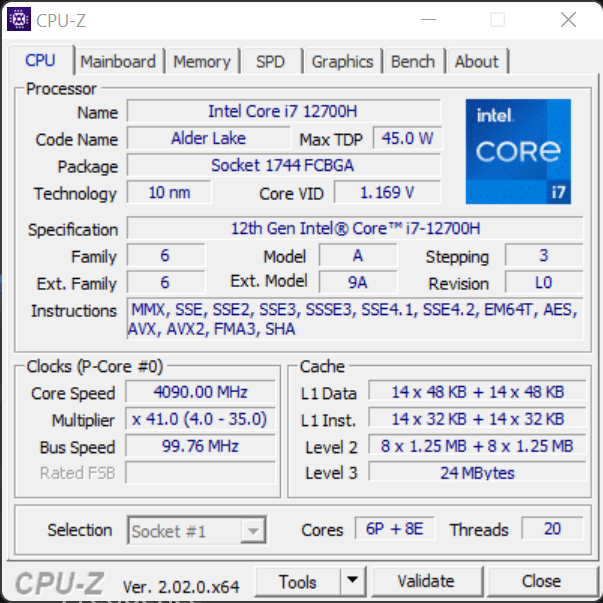 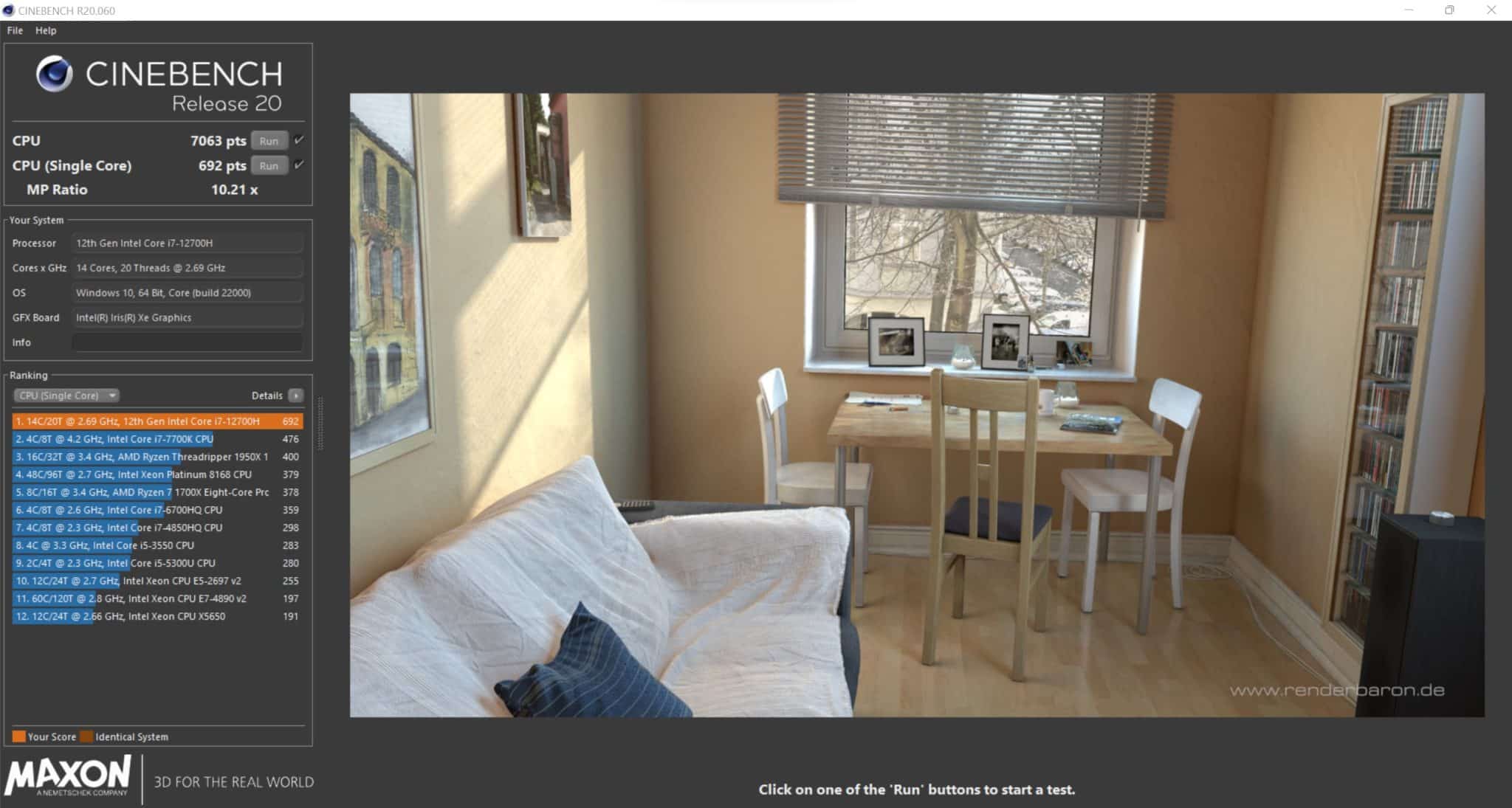 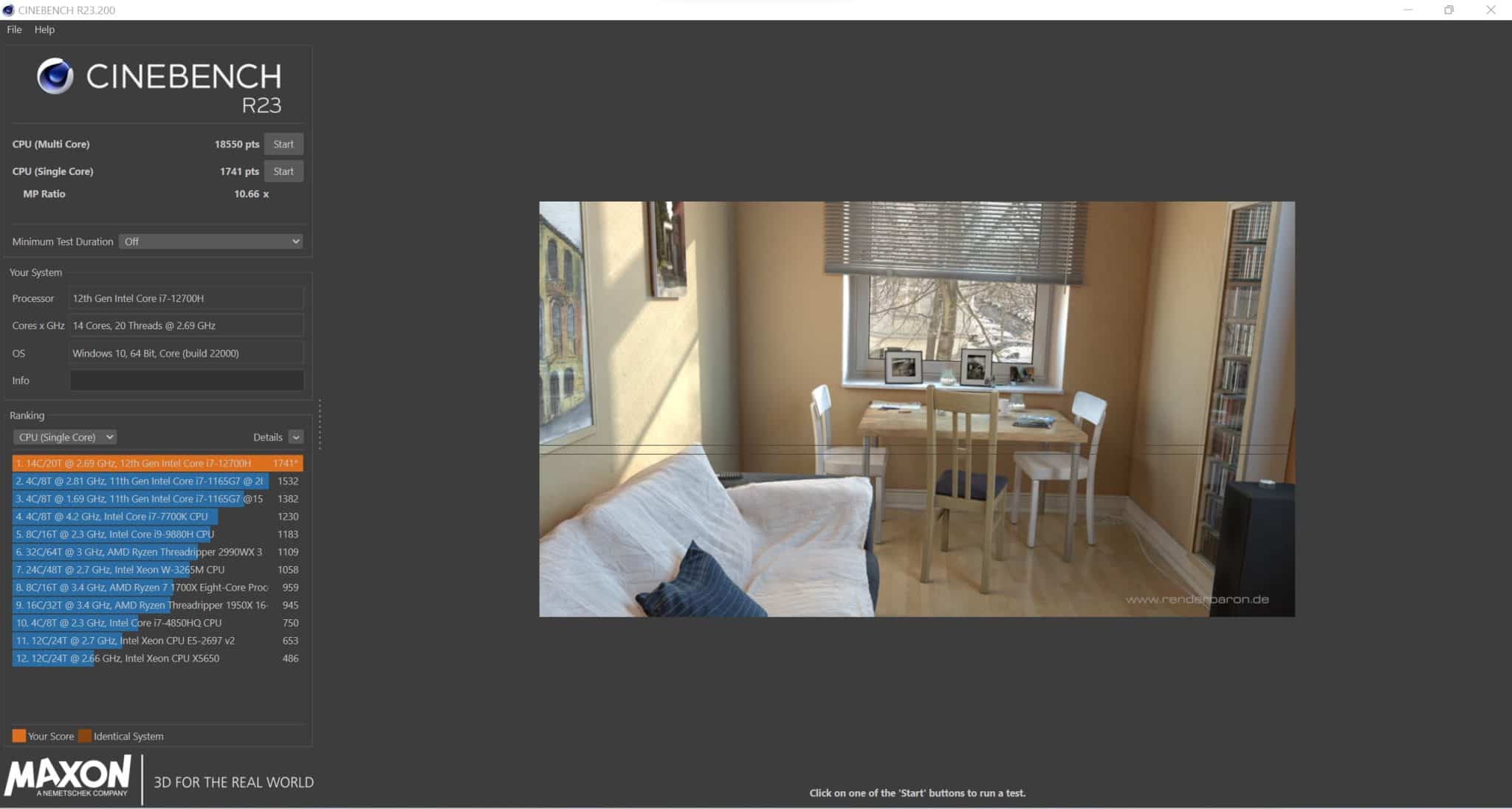 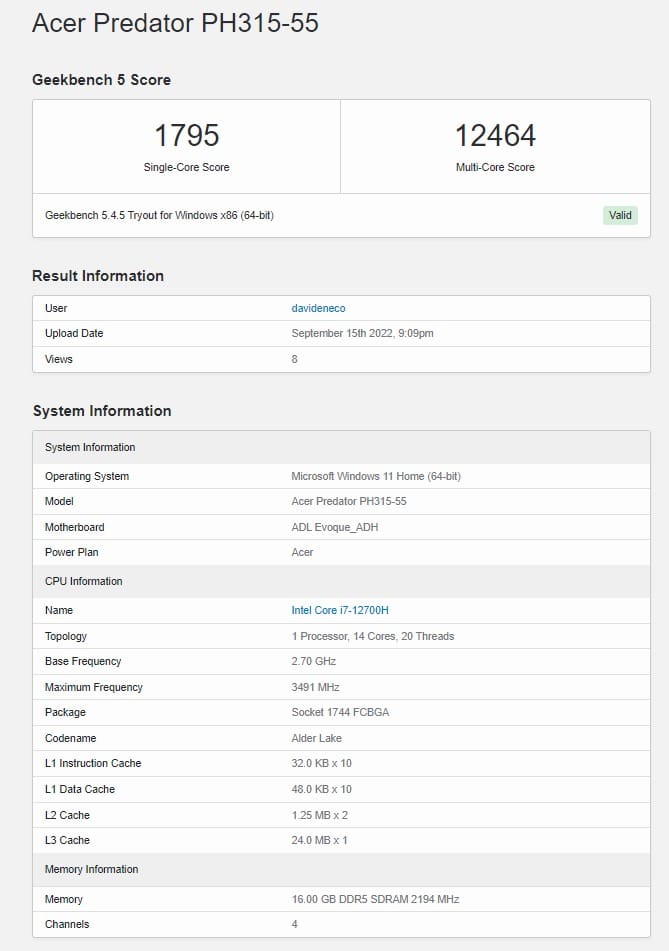 In Geekbench 5, the processor climbs to 1795 points in single-core and 12464 points in multi-core. 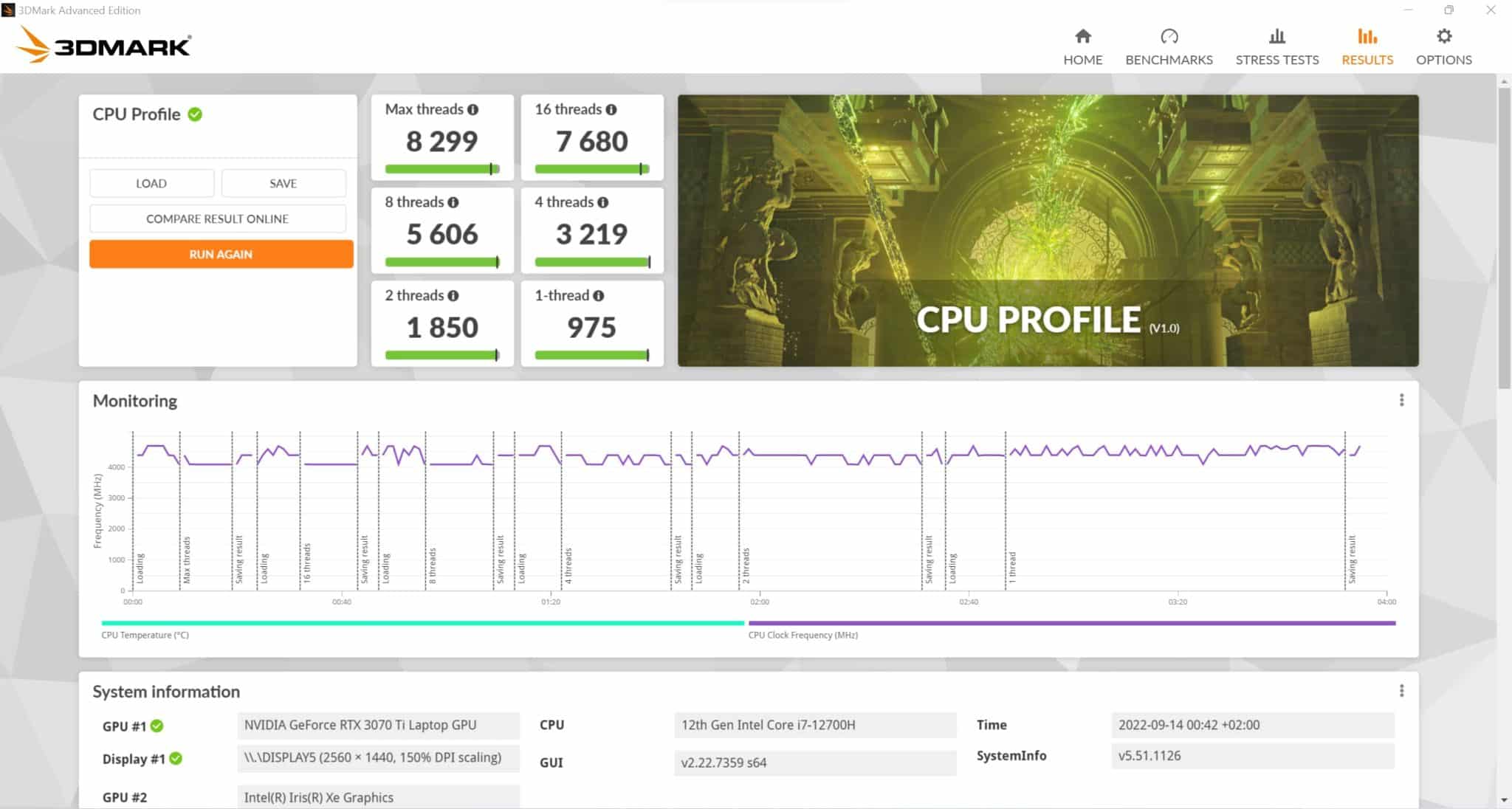 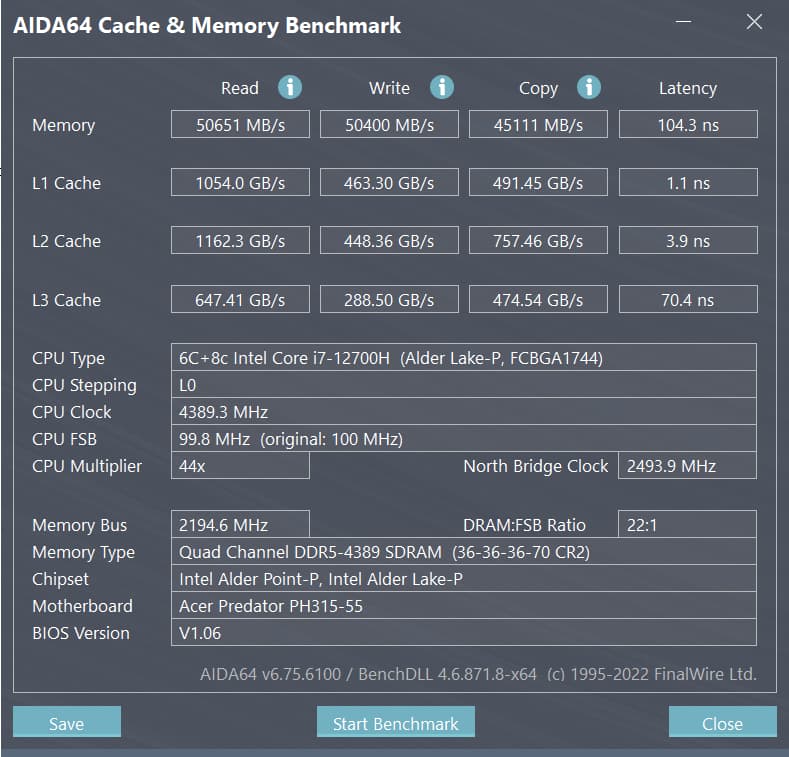 Memory latencies on computers are generally very high, the Predator is no exception to the rule with more than 104.3 ns, however performance is at the rendezvous thanks to the cooling to get the best of this processor. 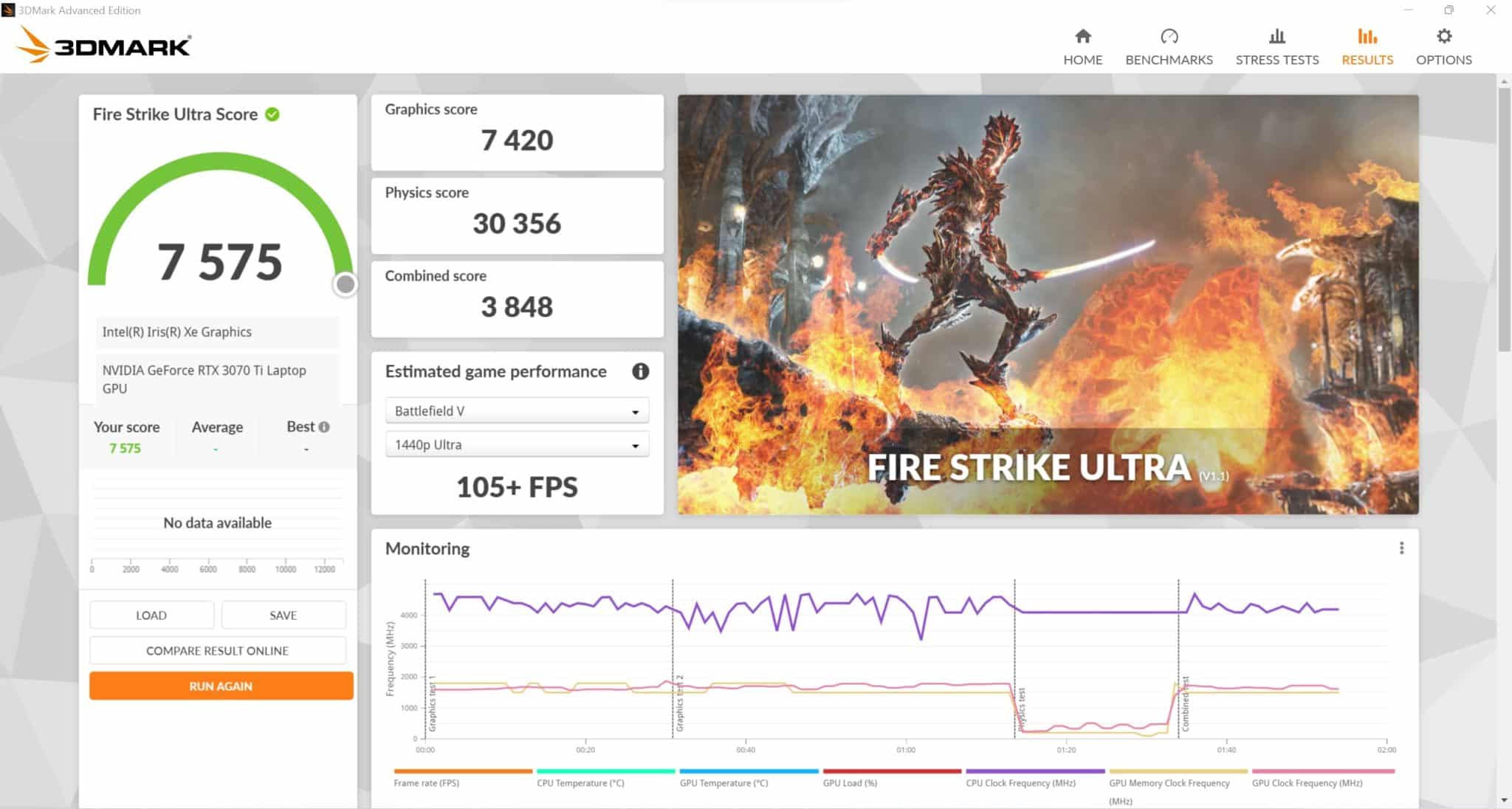 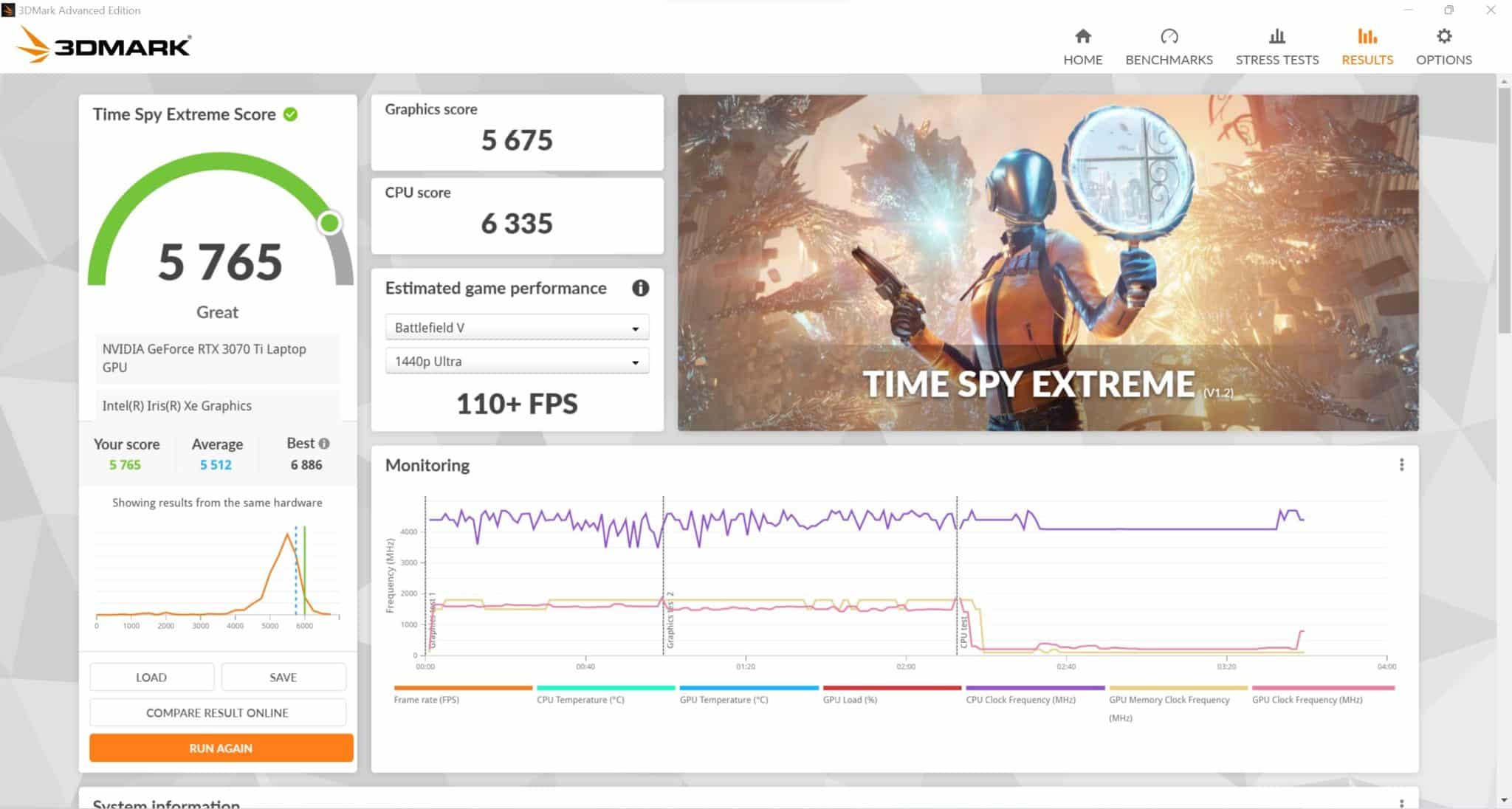 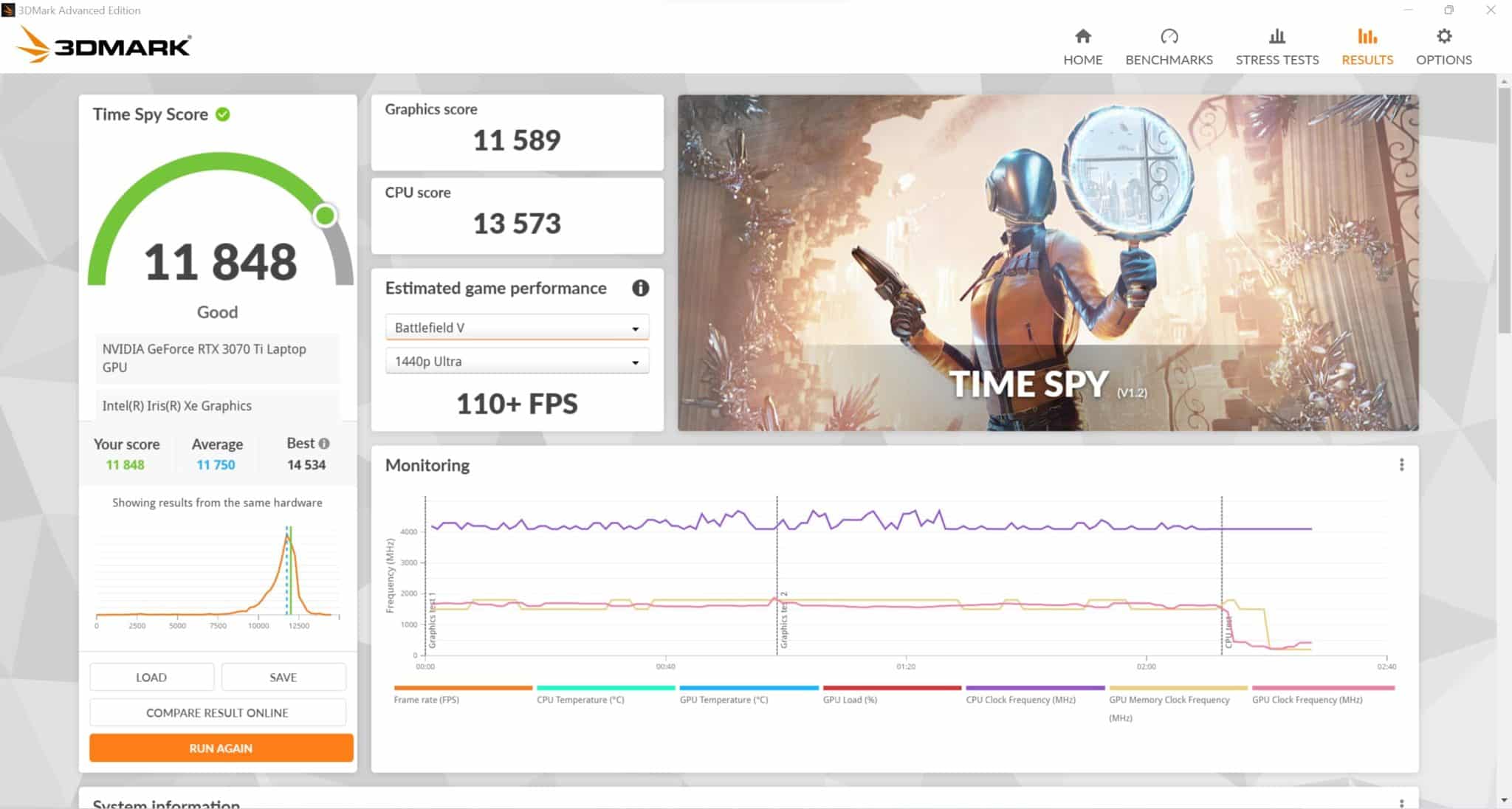 As for the CPU part where the laptop is among the best performances, the GPU is also located in the top of the basket concerning the 3070 Ti.