AMD has just presented its Radeon RX 7900 XT and RX 7900 XTX, two high-end cards based on its new RDNA3 architecture. These two cards should be available on December 13th with a price positioning of 899 and 999$ in the USA. For comparison, in December 2020 the RX 6900 XT was launched at $999 and the 6950 XT appeared in May 2022 for $1099 (a 6900 XTX has not been launched). In Europe, it will have to bend to the very unfavorable exchange rate in recent months. As for NVIDIA, AMD has decided to offer as first cards, its most powerful models.

Let’s see the different characteristics of these two new cards.

If the two cards are totally new because of their RDNA3 architecture, the real innovation lies in a design based on the addition of MCD (Memory Cache Die), also called memory chiplets. This design with its two distinct parts reminds us of the AMD processors. We find the GCD (Graphic Compute Die) engraved in 5 nm with a size of 300 mm ² and then five or six MCD (Memory Cache Die) also called memory chiplets that are engraved in 6 nm. Each one occupies a surface of 37 mm². 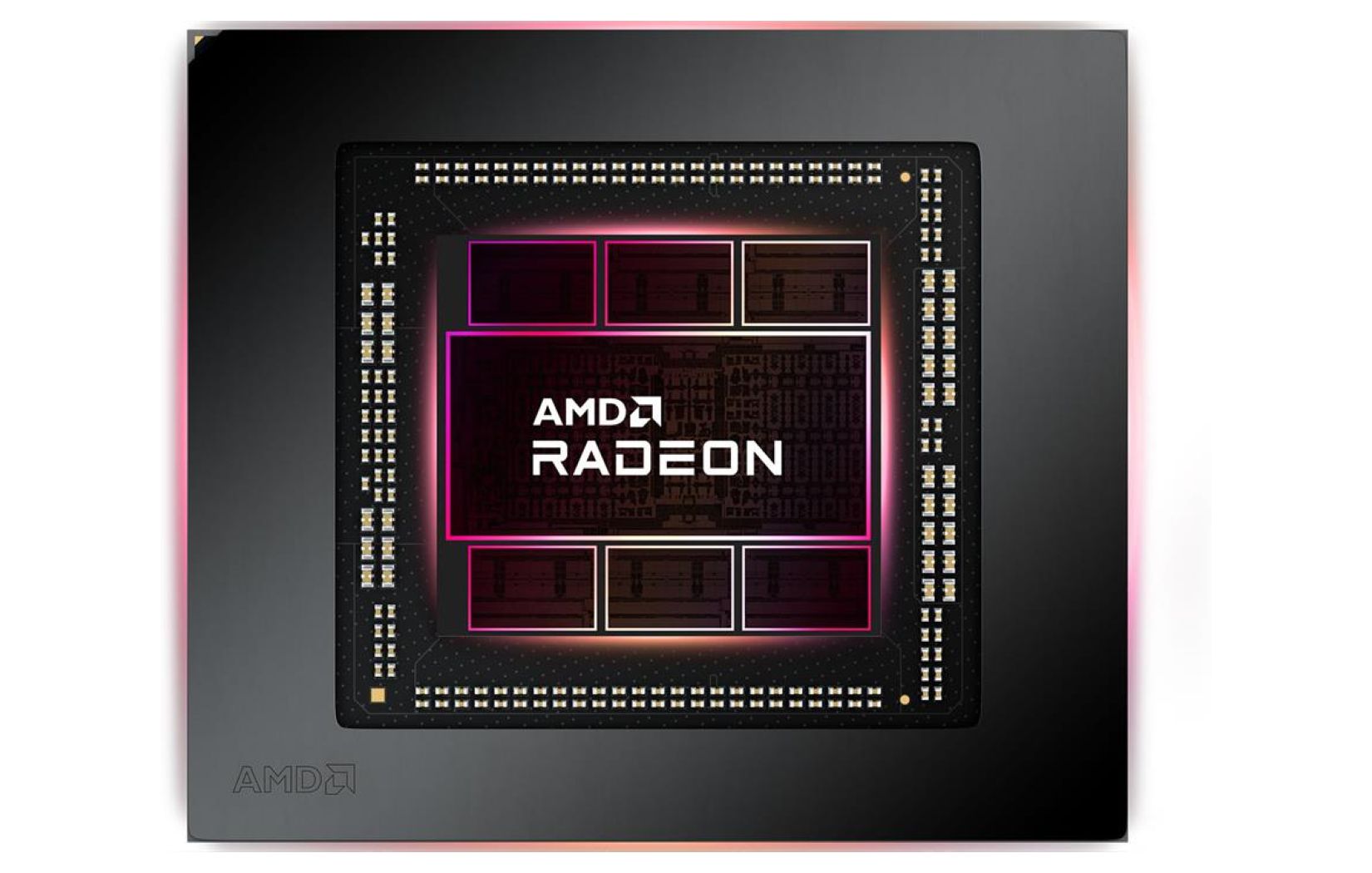 In notable arguments, you won’t need to use special connectors or power adapters, as both cards will require two classic 8-pin connectors. A little nod to NVIDIA and its 12VHPWR connector for the RTX 4090 that has been causing some problems lately. Finally, concerning the memory, AMD uses GDDR6 instead of GDDR6X for both cards, mainly because it consumes less energy and is incidentally less expensive.

AMD has opted for DisplayPort 2.1 support on the RX 7900 XTX and RX 7900 XT. This means higher refresh rate support in 4K and 8K compared to the DisplayPort 1.4 port that NVIDIA uses on its latest RTX 4000 series cards. AMD offers simultaneous encode or decode for AV1, which will be of interest to content creators.

Finally, concerning the performance, we have to admit that AMD has been very mingy in numbers and especially has not proposed any comparison with the NVIDIA range. We will have to wait for the real tests to position these cards concretely. AMD confirms that its new RX 7900 XTX will be up to 1.7 times faster than the RX 6950XT in 4K resolution. The RDNA3 architecture is expected to deliver 54% better performance per watt than the RDNA2, according to AMD.

We are entitled to think that the RX 7900 XTX will not reach the performance of NVIDIA’s RTX 4090 but should perform better than the RTX 3090 Ti. Again, we’ll have to wait and see when our tests are published to find out exactly where they stand.

This card is, for the moment, the top of the line from AMD. Several rumors mention a more muscular version, the RX 7950 XTX, which could arrive during 2023. The reds position this card as the solution for 4K games. It would be up to 1.7 times faster than its existing RX 6950 XT card at this resolution. The RX 7900 XTX has 96 computing units clocked at 2.3 GHz and 24 GB of GDDR6 memory with a bus of up to 384 bits. Here AMD advances its performance per watt. With a card power of “only” 350 watts. An interesting figure compared to the 450 watts required by the RTX 4090, but higher than the future RTX 4080 16 GB.

In 4K, AMD promises 62 frames per second in Cyberpunk 2077 with this card with Raytracing and AMD FidelityFX Super Resolution (FSR) enabled. On the issue of Raytracing, the new CPUs feature next-generation technology. This allows AMD to announce a 50% increase in performance compared to its last generation cards. Factually, these figures seem once again to position the RX 7900 XTX to compete with the RTX 4080 rather than the RTX 4090. 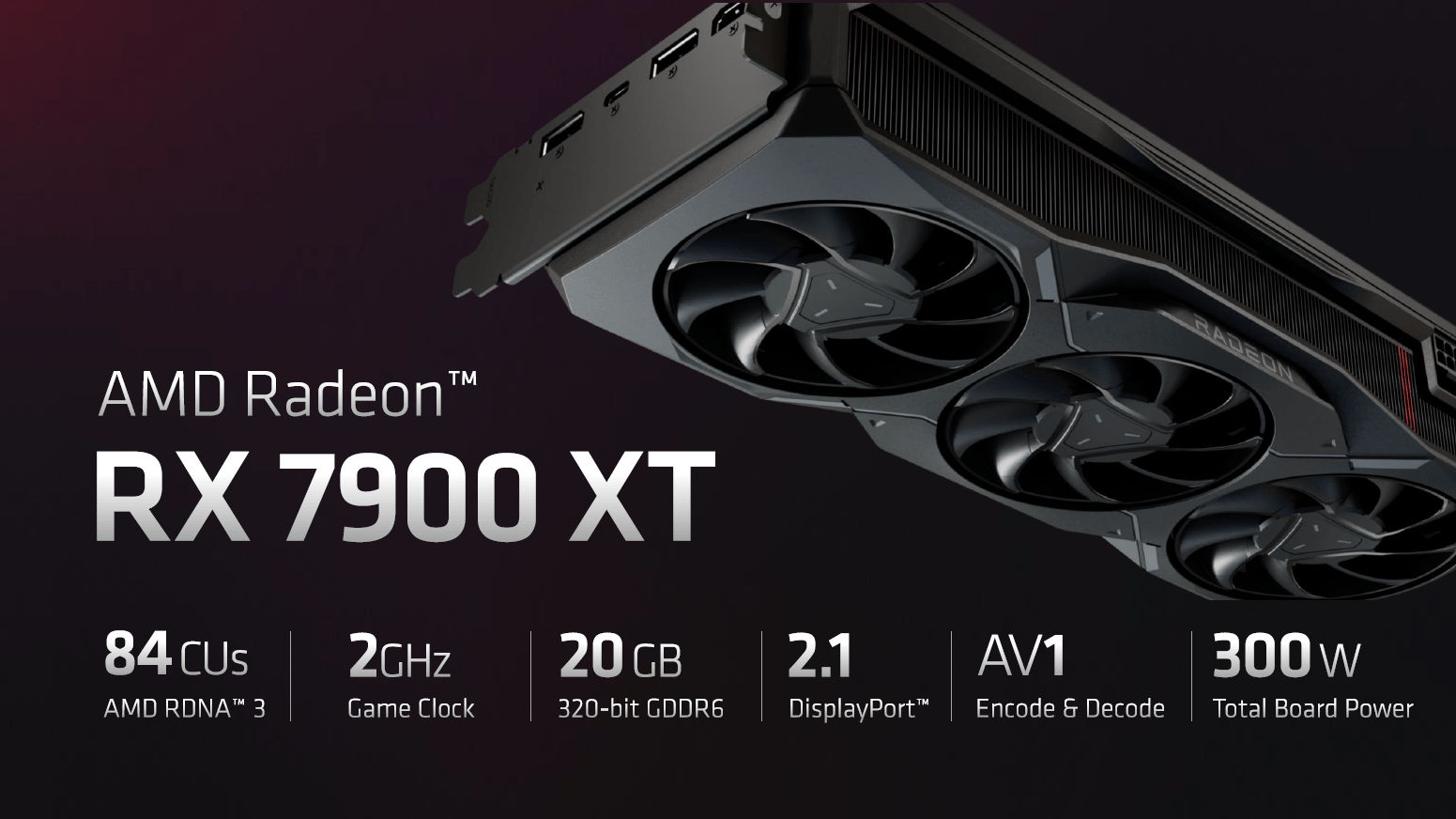 The RX 7900 XT is also based on the Navi 31 GPU but with some limitations. It has 84 computing units running at 2 GHz, 20 GB of slightly slower GDDR6 memory, all on a 320-bit bus. Concerning the power of the card, it would be 300 watts. Finally, you should know that we should have partner cards available from the launch, but their prices will of course be higher.