Just like any good motherboard dedicated to overclocking, this Tachyon presents itself as one of the best Z690s on this point. Many records have been achieved with this board on almost every Alderlake CPU model. No liquid nitrogen here, the tests were done under air with the Adata XPG Lancer RGB 6000C40 kit modified with a custom heatspreader. And, as I write this article, the tests are still ongoing and new results are coming in. Because yes, this motherboard is constantly evolving – between the purchase of this one in December and the writing of this test in April, increases of no less than 400 Mhz gain in boot and as much in bench with the same memory kit have been tuned in.

Now let’s get to the heart of the matter, all the memory tests were carried out with a CPU frequency of 5200MHz, Ecore at 4100MHz and a cache at 4400Mhz. At the end the hardware was pushed to its limit with or without Ecore.

To start with, on aida 64 we managed to reach a frequency of 3500Mhz or 7000Mt/s in gear 2. As we can see, the increase in frequency and the decrease in timings can be seen directly in the throughput figures. As far as latency is concerned, we see a gain, but Aida64 is not a reliable benchmark on this point 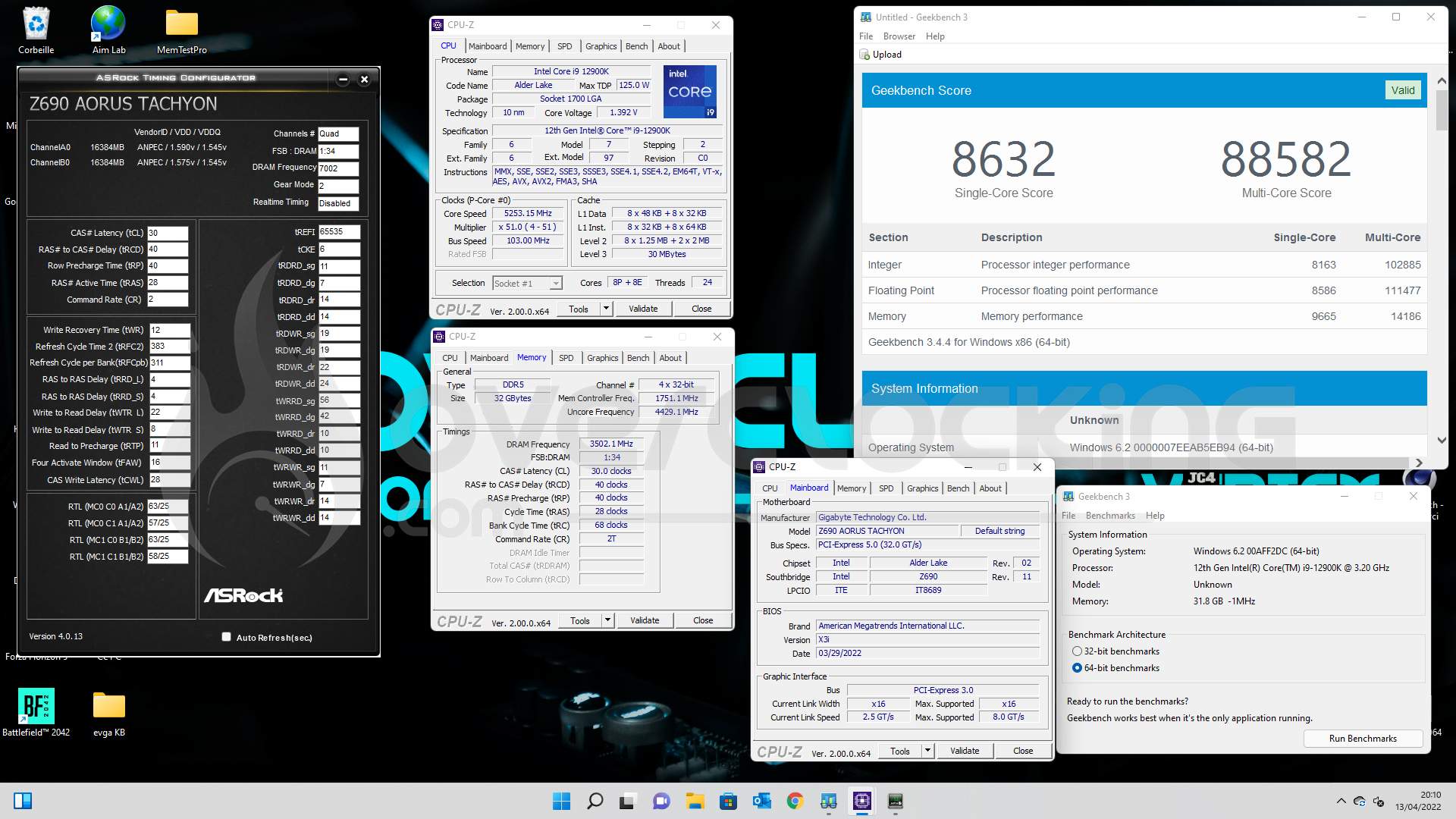 To go further, we also pushed the motherboard without Ecore with an even higher CPU frequency and a very high cache. This results in a memory score of almost 14500 pts at 7000C30! 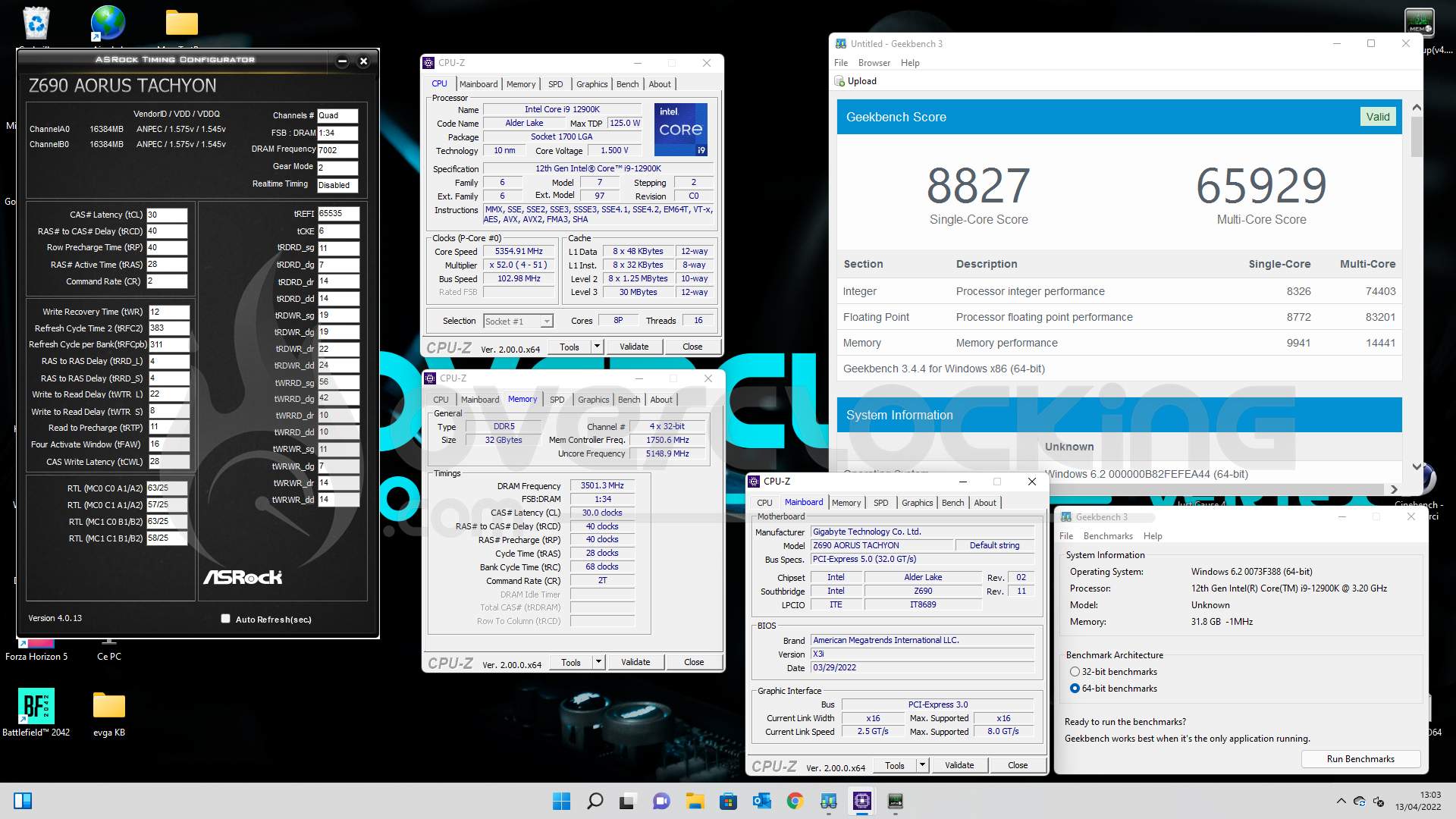 It goes without saying that this motherboard is cut out for overclocking, whether it be CPU or memory, as its records attest. Its main asset is undoubtedly Hicookie, who is constantly working to improve it. And, as we can see, the results are there.