As we said, the idea is to be able to judge the impact of a liquid cooling solution against the original cooling system of our NVIDIA RTX 3080 Founder Edition. The comparative tests will take place in two parts. First with the card at “stock” frequencies and then we will push the frequencies. Here we go, but first a little TikTok video of the loop startup with the Alphacool Eisblock GPX-N waterblock just installed.

Here is the table of our results with the original cooling system and the Eisblock Aurora Acryl GPX-N waterblock. This first table compares the performance of the cooling systems on the Superposition benchmark where we launched three times in a row a run. The idea is to see how the temperatures behave but also if the Boost frequency increases if the cooling is better.

During our tests, the temperature in the lab was around 23°C. Well, not surprisingly, the temperatures are excellent with the liquid cooling system. The Boost frequency increases slightly.

As we can see the performance of this Alphacool Eisblock GPX-N is very good. The gain on the GPU temperature is 40°C which is huge. But the most impressive is the difference between the core and the water, which is only 9°C at 320 watts.

To push a little further we wanted to measure the overclocking capabilities with this liquid cooling. So we compared the performance on 3Dmark Time Spy with and without overclocking. 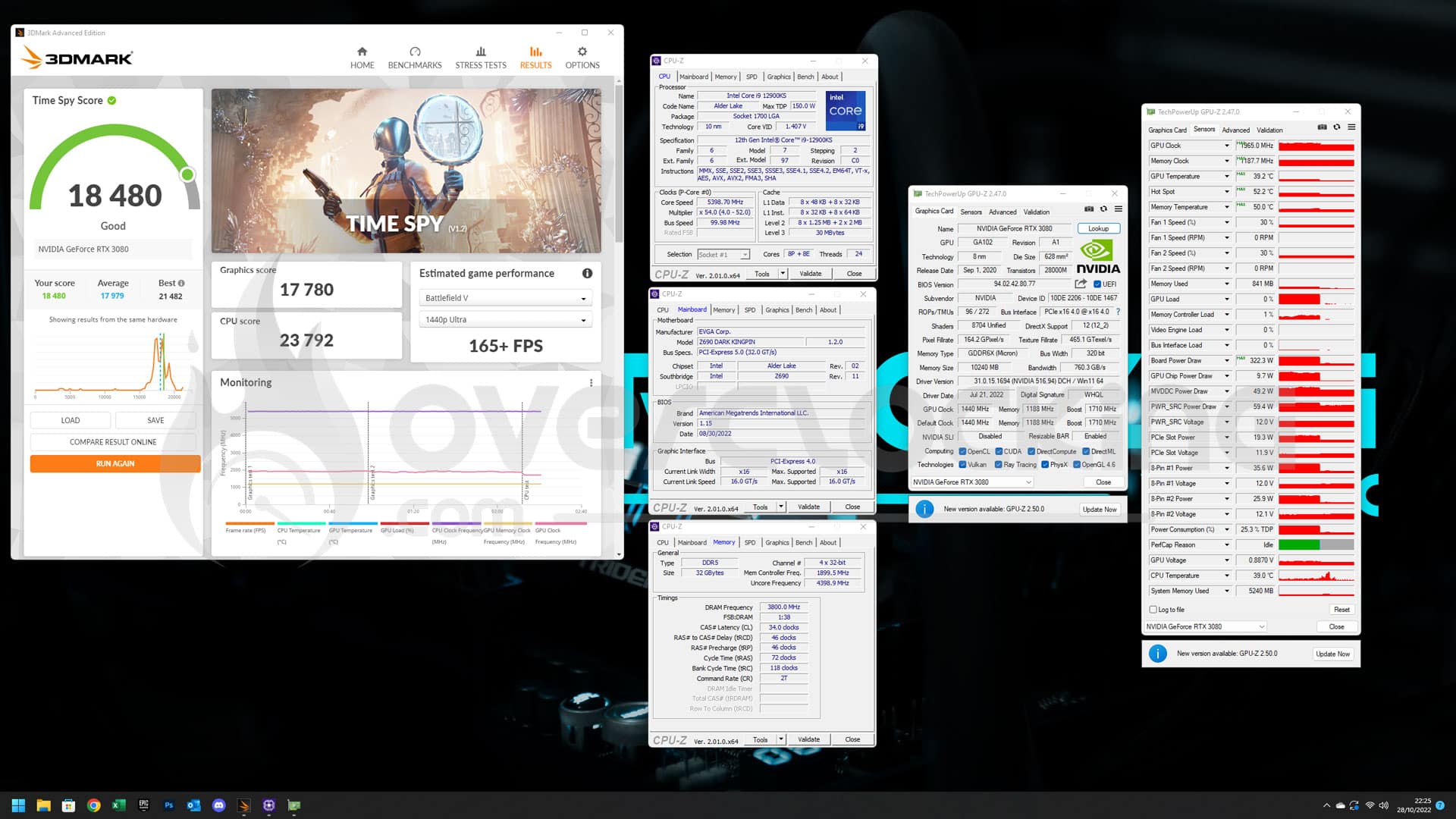 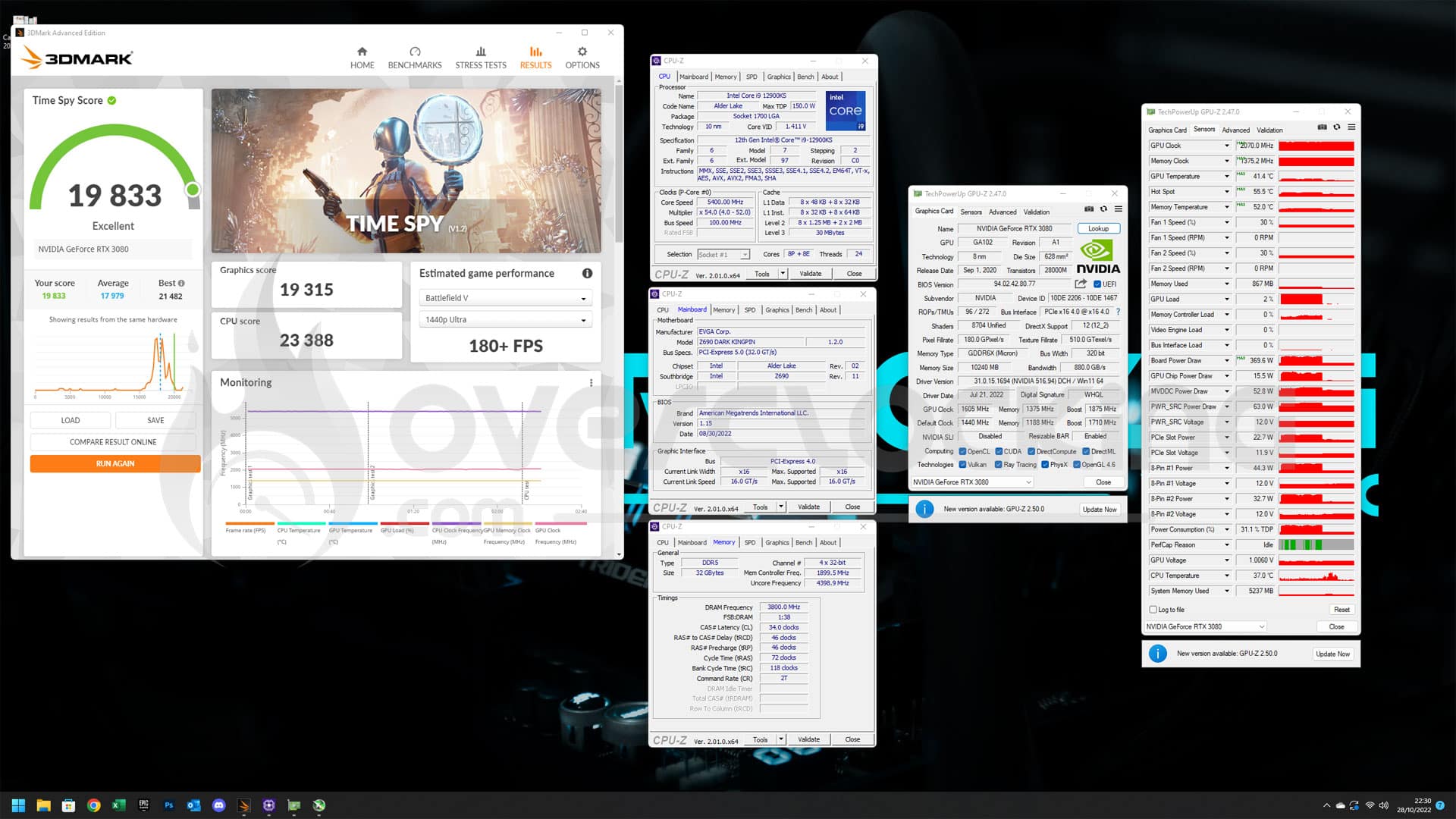 No miracle here, the chip shows the same limits as with the original cooling. On the other hand, the memory manages to express itself fully with +1500 MHz stable. The very low temperature is certainly a factor. Now, you have to keep in mind that switching to liquid cooling has a cost. You will have to invest in the waterblock but also in a liquid cooling loop.