While the 13th generation of Intel Core processors (Raptor Lake) has just been launched with some success, it seems that the 14th generation is already almost ready. For the record, this Core 14 generation (aka Meteor Lake) will be a real break with Alder Lake and Raptor Lake on several points. First of all because it will require a change of motherboard! But above all, the Meteor Lake will have a new architecture produced according to the Intel 4 engraving process which will bring very important improvements. Indeed, the switch to this process should boost the density of transistors with a gain of between 60% and 70% compared to the current process. In addition, Meteor Lake will also have for the first time a multi-chip integrated package. 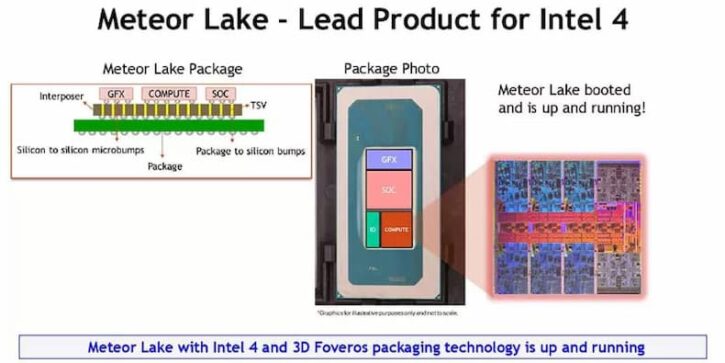 Intel seems so confident about its Intel 4 process that it is reportedly already in high volume production. So much so, that some sources see a possible arrival on the market of Core 14 by the end of March 2023 . This is really ideal timing for the Blues, since AMD is planning to take over the gaming sector with the arrival of the Ryzen 7000 X3D, expected around February. Intel would be in an ideal position if these forecasts are confirmed. The positioning of this new range could be done in addition to the current Raptor LaKe range.

Intel 4 is a 7nm etching process from Intel. It is also the first time that Intel uses an EUV lithography machine