Igorslabs shared a few days ago a slide about the Intel Meteor Lake mobile processors.

The 14th generation Intel Meteor Lake processors planned for 2023 were already shown at the Intel Investor Meeting with information such as the engraving from Intel 7 to Intel 4, or the number of EU for the iGPU (192). This time, old slides of Meteor Lake regarding the platform have been shared by the site igorslabs. 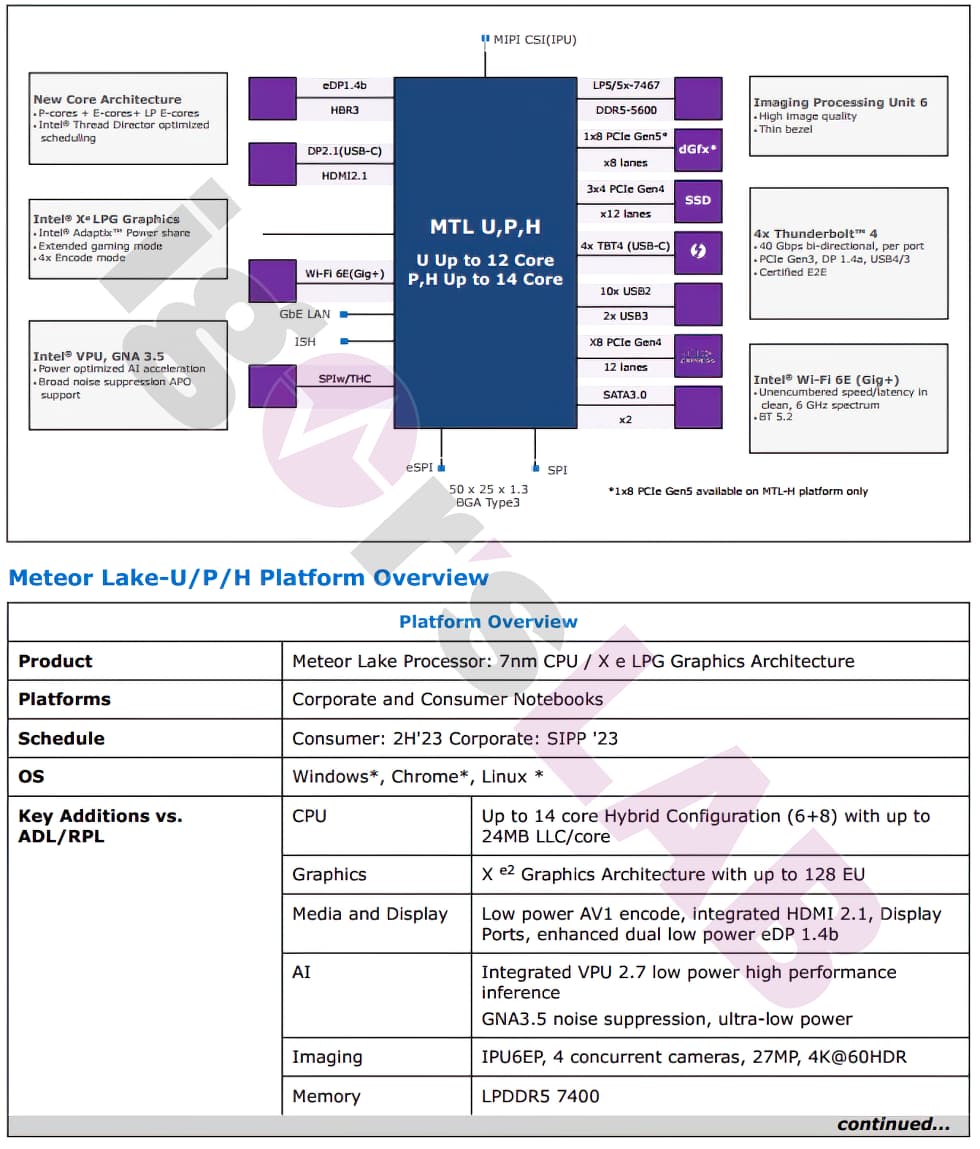 Meteor Lake will be divided into the usual three categories: U for low power, H for high performance, P for the combination of both, with up to 12 cores (4+8?) for the U versions and 14 cores (6+8) for the P and H versions. A third and new core, called LP (Low Power) E core, would complete the processors for all tasks requiring low power consumption.

Surprisingly, the Xe iGPU would have only 128 EU against the 192 announced by Intel, but these slides could have been made a long time ago in view of the mention of 7nm, but Intel has since last year changed the designation of its engravings, the 7nm is now called the Intel 4 The arrival of Meteor Lake would be for the moment planned during the second half of 2023.