MSI has just unveiled its MEG 342C QD-OLED gaming monitor. The originality of this one is to use a 34 inch 3440×1440 @ 175Hz QD-OLED panel from Samsung. Although the MSI MEG 342C QD-OLED is now official, very little is known about the monitor in terms of general specifications. Many people are wondering about the difference between OLED and QD-OLED.

Samsung’s QD-OLED (Quantum Dot-Organic Light Emitting Diode) technology was launched in 2019. Its commercial objective is to compete with LG’s hegemony on OLED. Like the “classic” OLED, each pixel generates its own light which allows for excellent contrast. Other advantages of OLED such as wide viewing angles and instant response time are also in the package.

What’s the difference with OLED?

QD-OLED promises to get rid of or at least reduce the “defects” of classic OLED. At Samsung we reproach OLED for not offering sufficient brightness. A point that would aim to improve the QD-OLED for TVs. The QD-OLED tiles are likely to reach 1,500 nits, never seen on OLED. 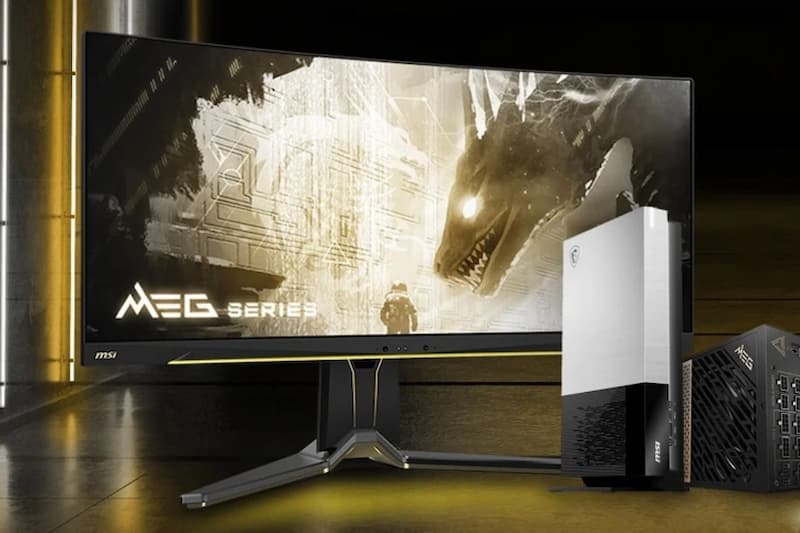 But there are other benefits that are particularly relevant to the use of these panels for gaming monitors. First of all by ensuring a better distribution of colors, which will further improve the excellent viewing angle of existing OLED models. The improvement of brightness and color accuracy would be thanks to the quantum dot filter from Samsung. This technology allows to display colors with more precision at different levels of brightness (called color volume). In the end, you get expressive images that resemble the colors of the real world and are even more magnified by HDR. The other advantage of QD-OLED is that it offers panel sizes that OLED has not yet offered. But other questions also remain unanswered, notably because of the lack of experience with this technology. Indeed, apart from Alienware with its AW3423DW launched at the beginning of the year and this second MSI, the products are not running around.

Because like conventional OLED, QD-OLED is not spared from the phenomenon of screen burn-in. A burn-in is nothing more than pixels that can no longer shine as brightly as the surrounding pixels. An unbalanced aging, so to speak. A burn-in occurs when some pixels are very strongly solicited in comparison with others, with a fixed image displayed for too long for example…Which is obviously more the case of a monitor than a TV. Many methods are used in the TV world to get around this problem. But despite all the marketing speeches, the QD-OLED does not escape these problems and the use of this technology in the world of monitors can only amplify it. Moreover, it is not insignificant to note that Alienware offers a 3-year warranty against burn-in on its QD-OLED monitor…