For a while we have been reporting on the development and work done by Chinese companies to offer alternatives to American products. Graphics cards are no exception to the movement and many announcements have already taken place. Most of the time, the announced products are often at the prototype or even concept stage. But the card we are talking about today will be launched on the market in the next few hours and above all, it will run under Windows and is DirectX compatible. It aims to be the first graphics card made in China and intended for the consumer gaming market.

Forget all the notions you know and let’s go with Moore Threads’ own definitions. The chip that equips this card is called Chunxiao, while the cores are called MUSA (the equivalent of shaders?). This GPU contains 4096 cores that are supported by a 16GB GDDR6 memory. The GPU runs at 1.8Ghz and could produce 14.4 TFLOPS in FP32. Despite this “modest” power the card is the first in PCI-E 5.0. 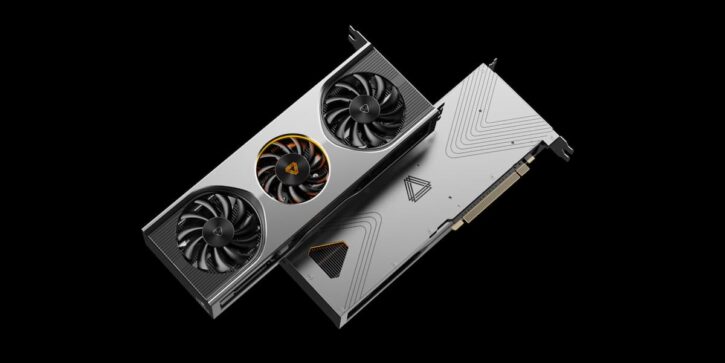 In addition to its Windows / DirectX compatibility, the card obviously supports Vulkan, OpenGL and OpenGL ES without any problems. In terms of interfaces, the MTT S80 graphics card is equipped with three DisplayPort 1.4a outputs and one HDMI 2.1 output. It supports 1080P images at 360Hz and can produce 4 channels of 7680*4320 @ 30Hz 8K UHD images at the same time. So this card could be limited to 1080P games.

As mentioned at the beginning of this brief, the company will communicate the public price of this card in the coming hours. If the card is also released to the consumer market as planned, feedback on the behavior in major games will be observed. So we will come back with more information soon.

UPDATE: The card is now released in a bundle with an ASUS TUF GAMING B660M-PLUS D4 motherboard worth 1029 RMB. This means that the value of the M80 GPU is about 1970 RMB (276 USD). So we are on the same level as the Intel A750 sold in China. The shipments will start on November 16th.