The adventure of Intel on the graphics card market continues. This time, the news is good because the small Arc A380 of the brand lands on the European market. The Challenger ITX version of ASRock is now available at the German reseller MindFactory! 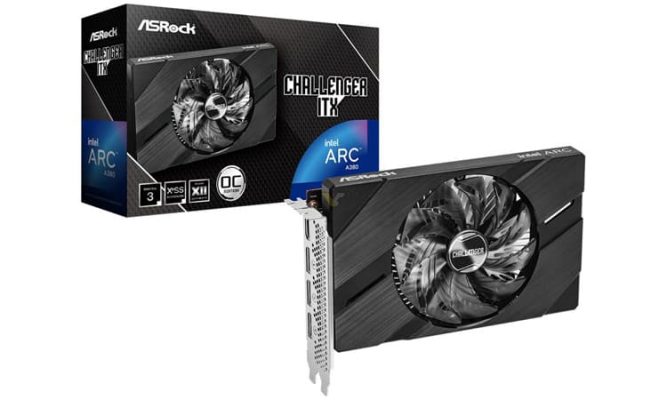 As a reminder, with this model, ASRock offers us a small graphics card, rather compact. Indeed, it comes in a dual slot format and measures 19 cm in length. The cooling system remains basic with a machined aluminum block and a single fan. 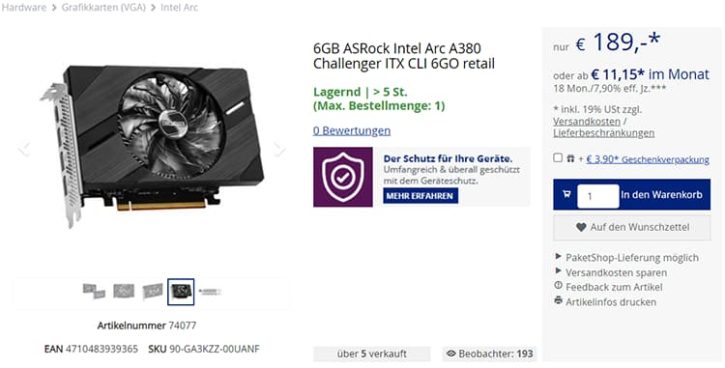 For the price, it will cost 189 € from the German retailer MindFactory. It’s good news to see the card arrive in Europe. Previously, if you wanted to get one, you had to go through import. Either the Gunnir model was imported from China, or this ASRock version from the US via Newegg.