After the launch of the new Ryzen 7000 processors, AMD should focus on the arrival (end of October?) of its new generation of RX 7000 graphics cards. The latter will feature the RDNA3 architecture and the chiplet approach that has made the success of the latest CPUs of the Reds until now. 3 “main” chips should compose the RX 7000 range: the Navi 31, Navi 32 and Navi 33. The Navi 31 GPU would be the highest declination of the next generation of AMD GPUs. The Navi 32 chip would be intended to power the mid-range cards. Finally, the Navi 33 would take care of the low-end. Today we will be able to get an idea of these 3 chips thanks to 3D renders which are the most accurate representation of the chips to date.

Navi 31 is based on a design with chiplet and should have a size of 533 mm². This will be divided between the GCD (Graphics Die) with a size of 308 mm² and 6 MCD (Memory Die) occupying 37.5 mm² each. This chip should give life to 2 or 3 cards including the 7900 XT and potentially 2 other cards positioned below. 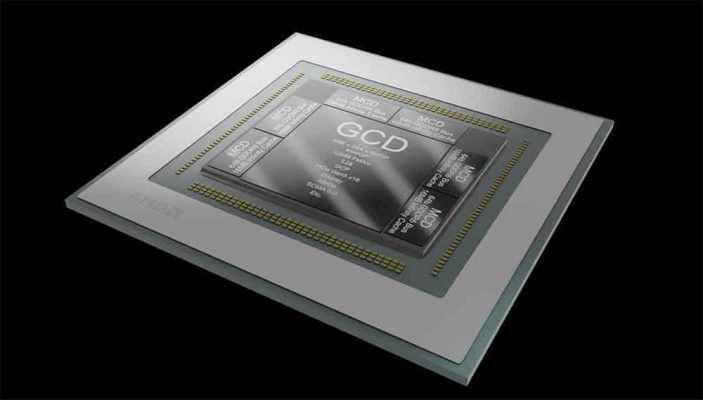 The AMD Navi 32 chip also has a chiplet design and should have a total size of 350 mm². To be more precise, we can see that the PGCD is located in the center and that it has 4 PGCDs. 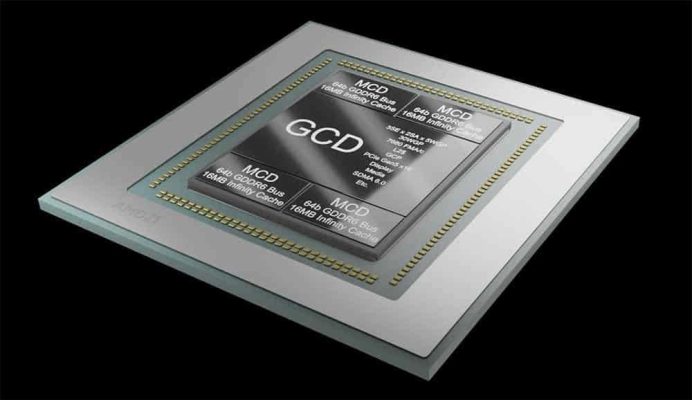 This chip is intended for the lower end of the market as we mentioned above. First of all, we can see that its design is obviously not the same and that it uses a “simpler” monolithic architecture. Navi 33 is significantly smaller than its big sisters. Thus, 3D projections suggest a die size of only 203 mm². The RX 7600 is mentioned as a candidate for this card, but it is not yet clear. 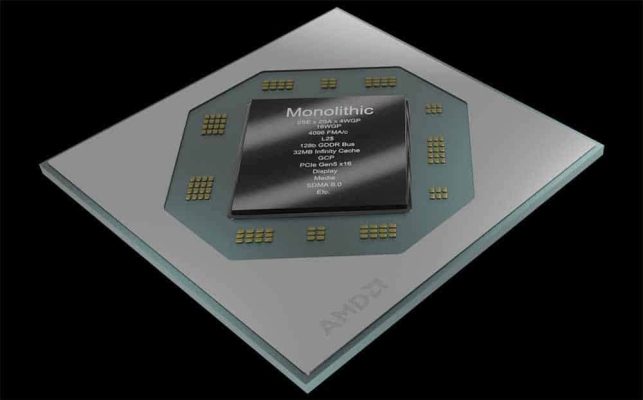 As you can see, AMD has a radically different approach to design than its competitor Nvidia with its RTX 40. This approach could perhaps make the difference. The end of the year looks interesting from a technical point of view.