Biostar announces the arrival of a new motherboard with its Z790A-Silver. It is a model supporting PCIe 5.0 standards as well as DDR5 as RAM… All this in a standard ATX format! 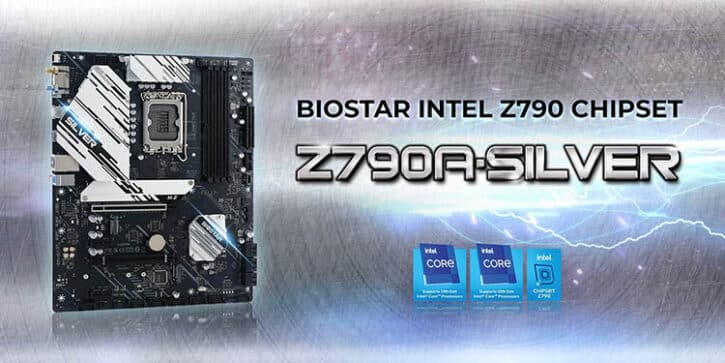 The program includes a motherboard in standard ATX format. With this model, we find a board with a Z790 chipset and a LGA-1700 socket of course. This is a board designed for 12th and 13th generation Intel processors.

As for connectivity, it has a PCIe 5.0 x16 connector. By the way, for the little anecdote, the first graphics card running with this standard is Chinese it’s free. Otherwise, we will have the right to a second PCIe 4.0 x16 slot coupled with two small PCIe 3.0 x1.

At the back, we find a SMART BIOS UPDATA button followed by DisplayPort 1.2 and HDMI 2.1 video outputs. This is followed by five USB 3.2 Gen2 type A connectors and a USB 3.2 Gen2 type C. Finally, we have the right to two USB 2.0,Ethernet in RTL8125B and audio in ALC1220. Now we just need to know the price of the card.

This way to the technical data sheet of Biostar!