The Video Electronics Standards Association ( VESA ) has announced a new certification program to clarify all communication around variable refresh rate displays, flicker, response times, etc. We must recognize that manufacturers have decided to knock out customers with a sum of more or less realistic figures supposed to boast the performance of their displays in particular. 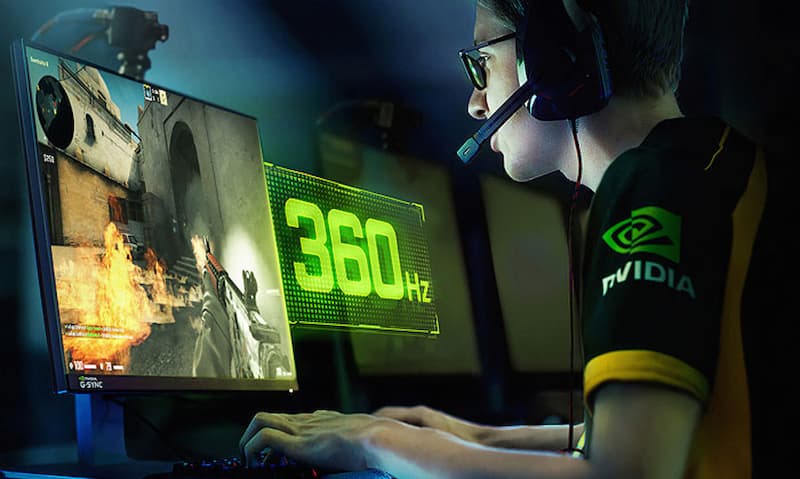 If VESA’s approach contributes to clarification and simplification, it could make it easier for consumers to choose a variable refresh rate (VRR) screen. The new standard will then join others implemented by the organization, including Displayport, display support and DisplayHDR certifications. Variable refresh rate is currently represented by 2 schools: G-Sync from Nvidia and FreeSync from AMD. But VESA introduced native support for variable refresh rate with the Displayport 1.2a revision in 2014. Graphics processors from AMD, Intel and Nvidia now all support this standard. So you’ll note that there is ( for now ) a first limit to VESA’s approach: the association only tests and certifies Displayport compatible displays.

2 logos to “help” the consumer

VESA is going to propose two respective logos that the manufacturers can affix on their products if these last ones pass obviously the tests. Note that these logos will not be able to take into account the “overclocked” refresh rates proposed by some manufacturers. Only the factory default settings are taken into account.

It concerns more specifically the “gaming” screens. Here are the requirements: 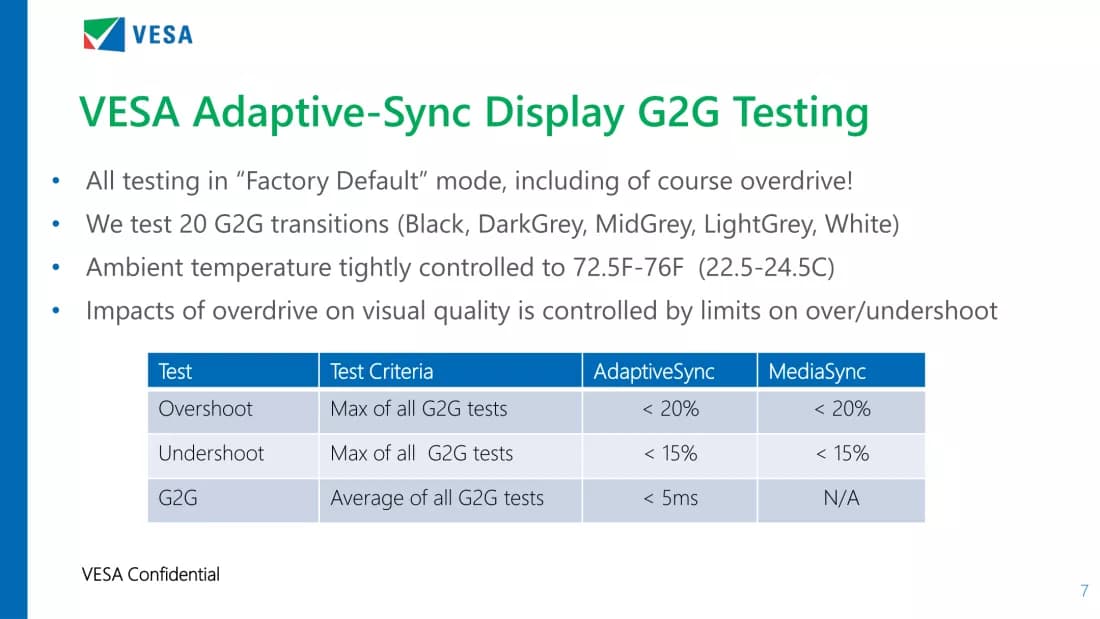 This level of certification is more for content creators. It focuses on the proper functioning of the variable refresh rate for multimedia playback and content creation. The certification will however also require to respect the constraints related to flicker and others. 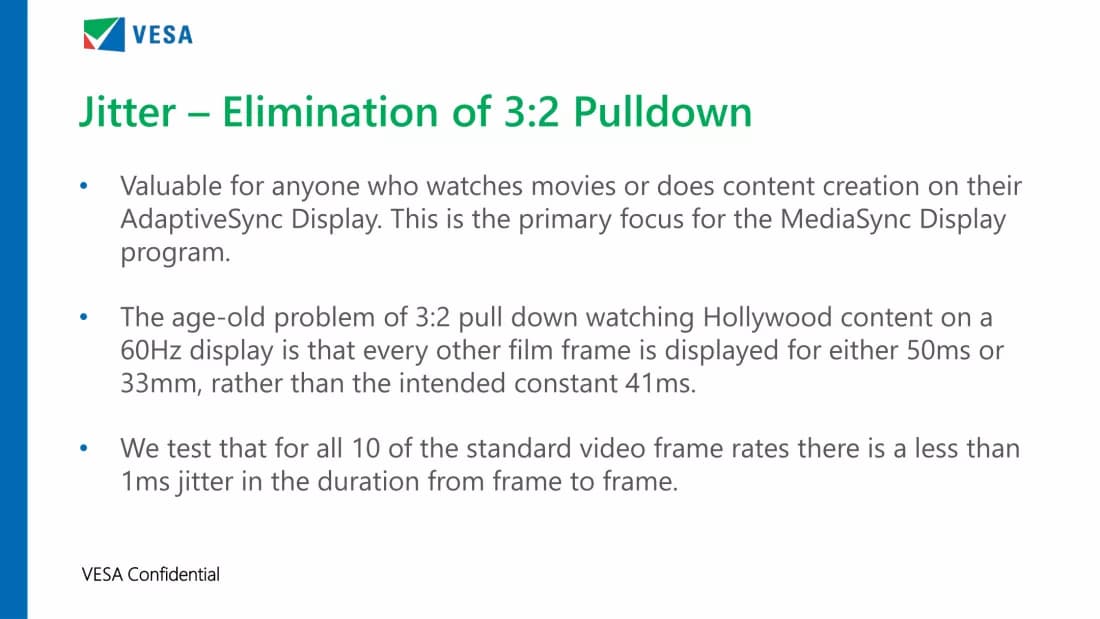