While we all thought that the Nvidia GTX cards were doomed, a rumor mentions the arrival of the GTX 1630 to compete with AMD’s offer on the entry level. The last “small” card launched by Nvidia is based on the Turing architecture; it is the GTX 1650, which was launched in the year of grace 2019…

During the last two years, we can say without revealing a scoop, that card manufacturers including Nvidia, took advantage of the soaring prices of GPUs. And obviously there was no point in them devoting their resources to the low-end market. But the current situation means that they have to change their tune and go back to the good old traditional business.

AMD, on the other hand, has felt the blow for once in this market. The reds have unveiled the Radeon RX 6500XT and RX 6400 cards knowing clearly that NVIDIA has a problem with the low-end GPU market. Just look at the latest marketing campaign demonstrating the qualities of the small Radeon RX 6000 compared to the GeForce RTX 30 and the GTX series. On this market, AMD’s positioning but particularly highlights Nvidia’s shortcomings. At this price level, the marketing around Ray tracing has no more impact. 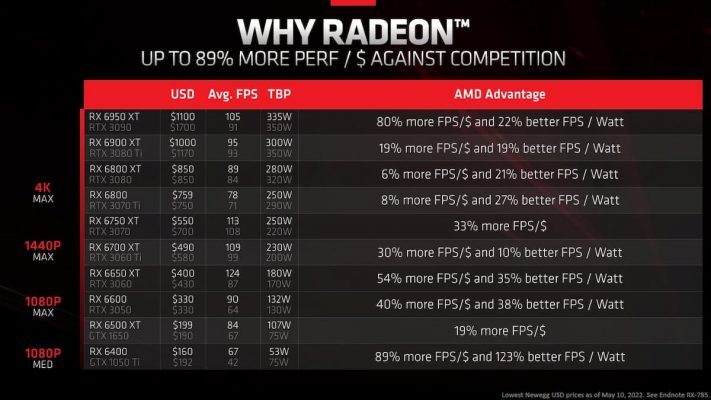 According to the information available to Videocardz, the GTX 1630 should replace the GTX 1050 Ti that we can still find here and there. It should be positioned well below the price of the current GTX 1650. The specifications of the GTX 1630 are unknown, but we could expect a TU117 (Turing) model with a power requirement below 75. For now, information about the arrival of this card must remain at the rumor stage even though several sources seem to validate its arrival.