The previous frequency record on DDR5 was 8888 MT/s and it was achieved by lupin_no_musume. But that was before since the Taiwanese Chiang-Cheng-Tao pushes its T-Force Delta RGB kit to 8904 MT/s! 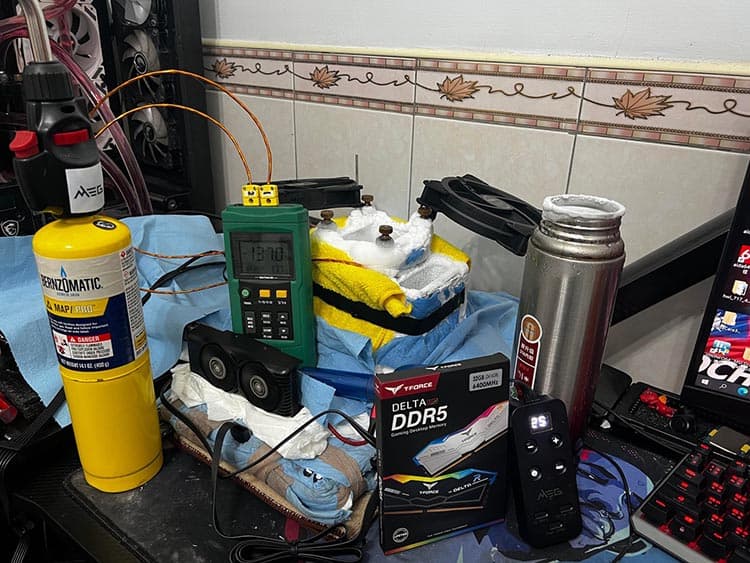 It is with a motherboard MSI MEG Z690 Unify X that this new record fell. Indeed, the clocker used a motherboard signed MSI and a Core i9 12900K which was downclocked. During the exercise the CPU was running at 848 MHz and on only two of its twelve cores with the hyperthreading cut. Finally, for the graphics part, we have a very small GT 730 used only for display.

In the end, what we are most interested in is the memory was seriously overclocked. The RAM in question reached an impressive 8904 MT/s (4452 MHz real). Nevertheless, the timings had to be seriously increased: CL50-126-126-127-2T. Let us specify that what is sought here is the maximum frequency and that is all.

Of course, on the cooling side, we had the right to use liquid nitrogen to cool both the CPU and the RAM. In fact, these components were running at -193°C and -120°C respectively.

You can find the link of the record below, let us also specify that the clocker could reach this frequency on a single 16Gb strip!

Here is the HWBot link !