Valve would have already started to develop its future Steam Deck 2. Prototyping has begun and the basis of this future version would be around a brand new SoC from AMD. The latter would be codenamed Little Phoenix. It would have the Zen 4 architecture and a configuration with 4 cores and 8 threads. Finally, we could count on a new manufacturing process in 4 nm… As for the future range of AMD laptop. 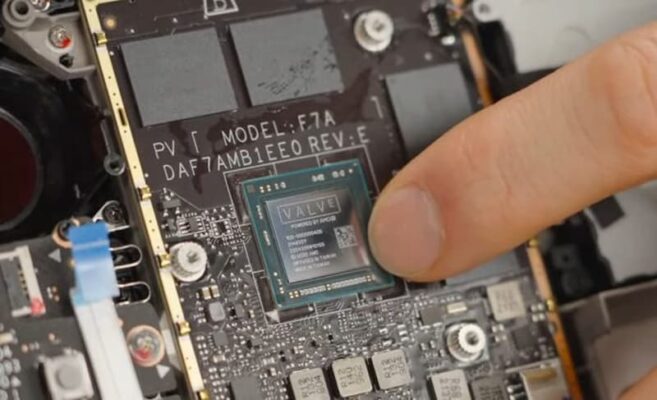 But the biggest jump in performance would be on the graphics part. By switching to RDNA3 architecture, we could then have 1024 Stream Processors, twice as much as the current SoC equipping the Steam Deck V1. The transition to RDNA3 concomitantly to the use of 4nm, promises to offer 50% more performance per watt consumed compared to RDNA2. This information is to be put in perspective with the arrival of AMD Ryzen 7000 processors for laptops engraved in 4nm, scheduled for the first quarter of 2023. Valve could thus release a new version or an evolution of its console as early as next year . By using components that will be massively injected on the market by AMD ( Zen 4…), the power of the console could be strongly increased without any real impact on the final price. This theoretical future Steam Deck would thus keep an almost unrivalled position on the market.