Let’s now take a look at the five games we have selected which support Ray Tracing and DLSS as well as for some the FSR from AMD and the new XeSS technology from Intel which is supported by Shadow Tomb Raider and Hitman 3. As we have already reminded you, if the DLSS remains the property of NVIDIA, the FSR and the XeSS can be used with all cards from AMD, Intel and even NVIDIA.

So even though our KFA2 RTX 4080 SG is intended for DLSS 3 which we will discuss on the next page, we also wanted to measure the gain of this RTX 4080 in DLSS 2 against the previous generation. 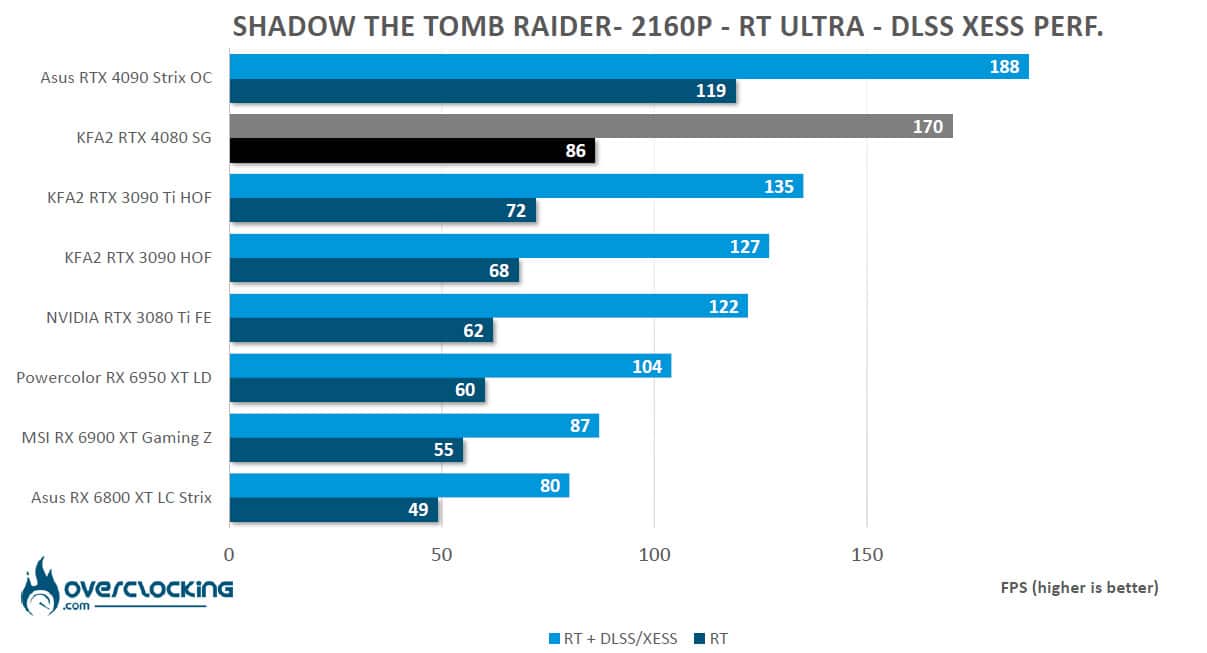 Second game, Watch Dogs Legion supports Ray Tracing and DLSS 2.0. It is one of the most demanding games of the moment. Three levels of Ray Tracing are offered in the game (medium – high – ultra) and four levels of DLSS (performance – quality – balanced – ultra performance).

For our benchmarks, we opted for ultra graphics quality, ” ultra ” Ray Tracing and ” performance ” DLSS. 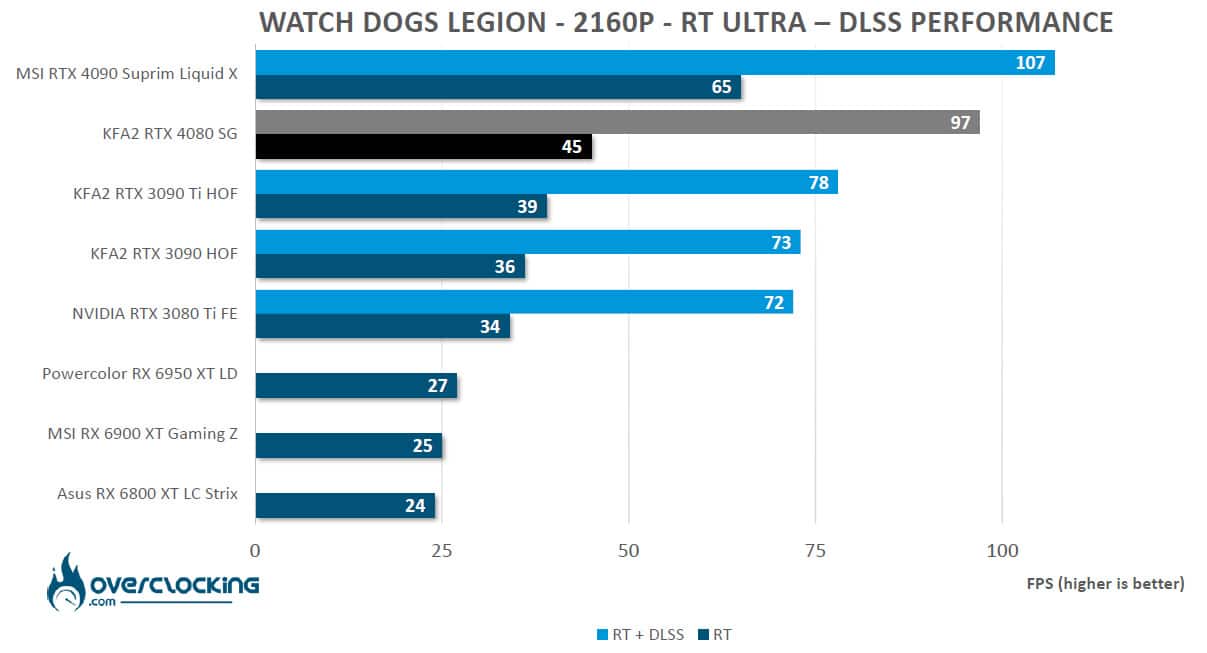 The Ray Tracing in Watch Dogs Legion makes all the cards suffer except for our sample of the day with an average of 45 FPS. The activation of DLSS 2 performance will boost the FPS to an average of 97 frames per second.

Third game that supports DLSS 2.0. We have dedicated an article to it. Three levels of Ray Tracing are offered in the game and four levels of DLSS (performance – quality – balanced – ultra performance). For our benchmarks, we opted for ultra graphics quality, ” high ” Ray Tracing and DLSS in ” performance ” mode. 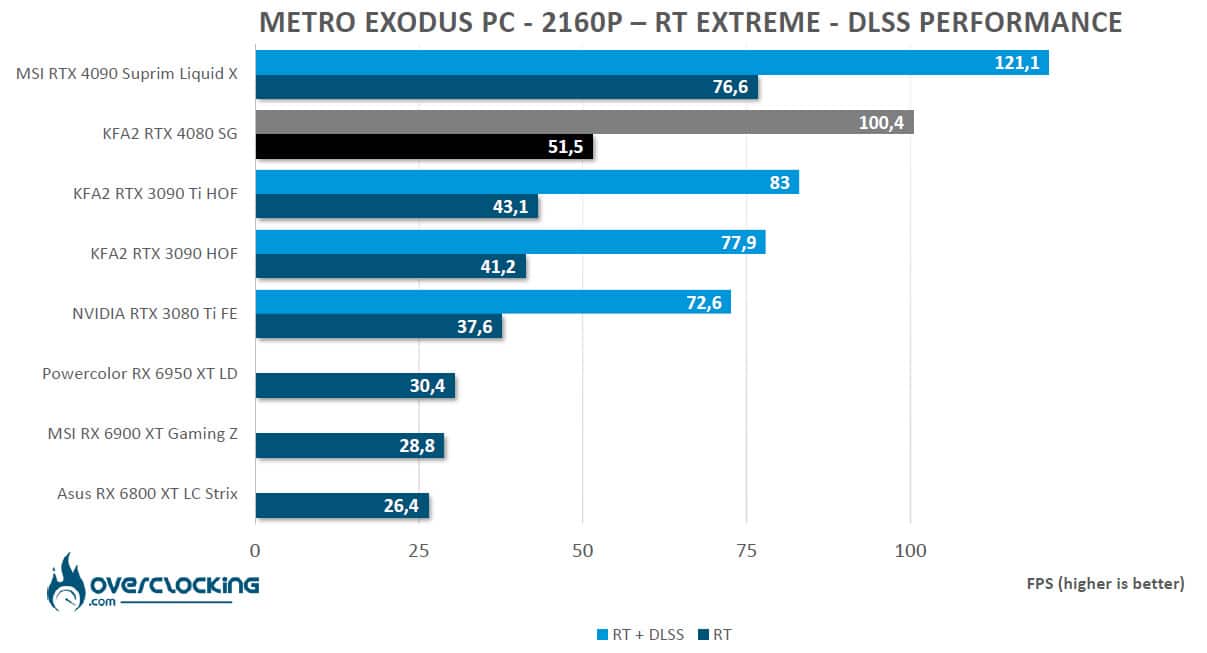 We continue with the greedy games and even if our RTX 4080 exceed 50 FPS, we are still far from the symbolic bar of 60 FPS. The DLSS allows a gain of nearly 95%. 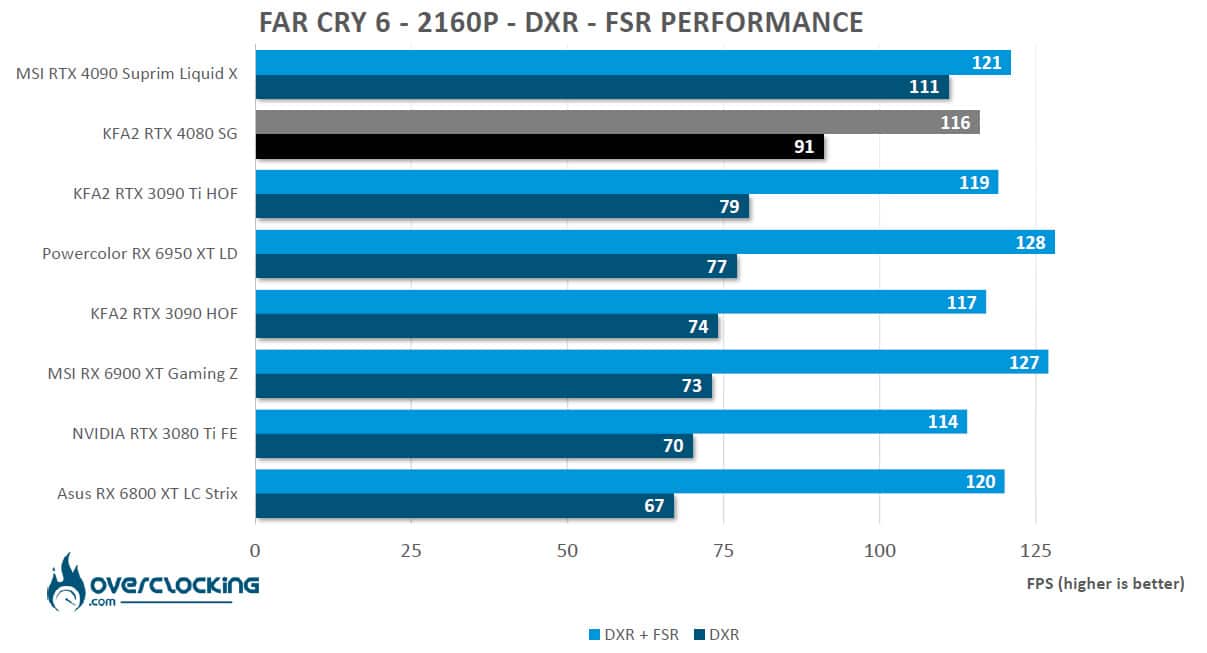 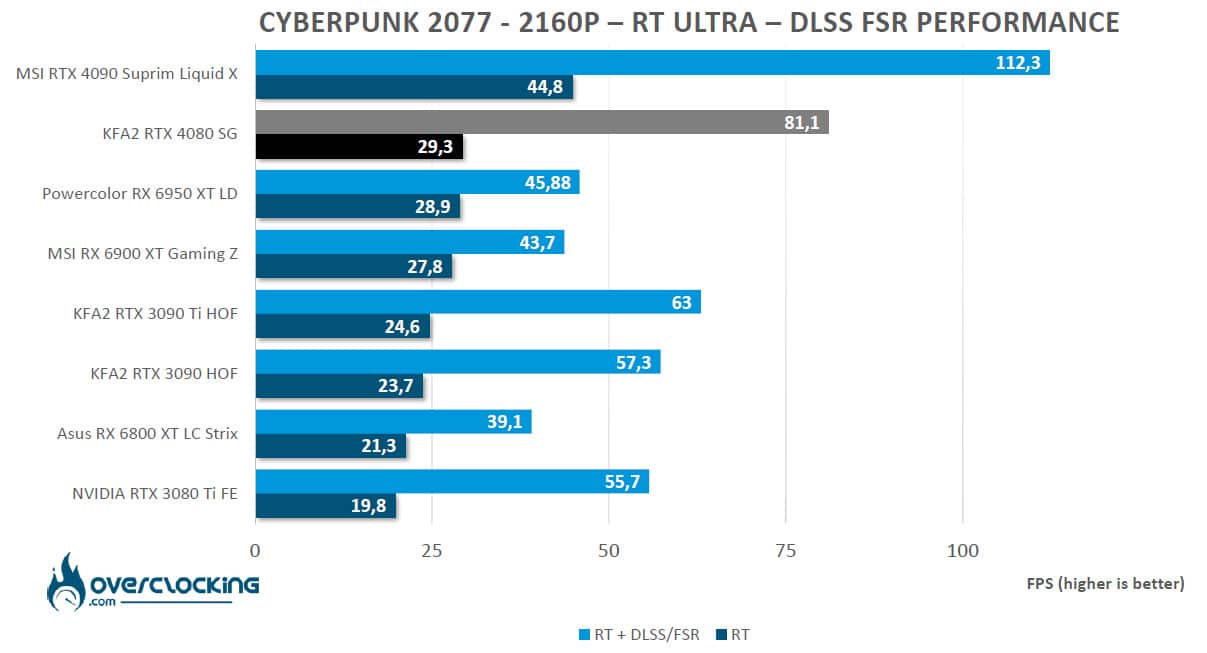 This is the most demanding game where our cards have a hard time keeping up. Here, an average of 29.3 FPS is obtained. The DLSS 2 in performance mode allows a considerable gain with an average of 83.4 FPS. We will see later in the article that it is still possible to achieve a greater gain with DLSS 3.

The last game has also been added since it is now compatible with DLSS, FSR and XeSS technology. Depending on the model of the tested card, we opt for one of these three technologies. For our benchmarks, we opted for “high” graphics quality, ” enabled ” Ray Tracing and ” performance ” DLSS/Xess. 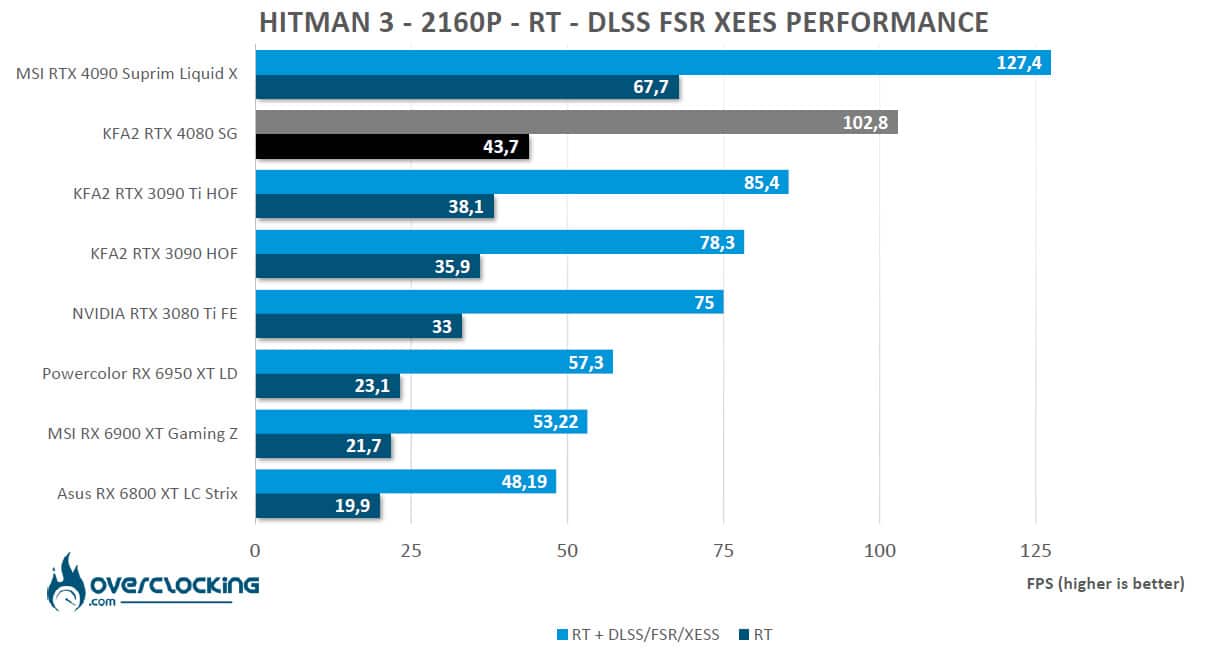 We find an already usual situation with a second place in this last game. The DLSS brings once again a very important gain.

On our six games tested, our RTX 4080 manages to exceed 60 FPS with Ray Tracing enabled and without needing DLSS. For the other three, DLSS brings its FPS gain ensuring fluidity within the game in 2160p.