Overclocking on the Z690 DARK

To go even further, we overclocked our A-die dual rank kit to its maximum. And, one thing is clear, the capabilities of this kit even with the PMIC locked are mind-blowing. We managed to reach 7310 Mt/s CL32, a frequency never reached for a dual rank DDR5 kit. The previous generation M-die in dual rank could hardly reach 6600 Mt/s in ambient, that’s to say.

So we start with Geekbench 3 with the Pcore and Ecore active, in a 5.2 GHz configuration on the Pcore, 4.1 GHz on the Ecore and 4.1 GHz on the cache. Here we managed to reach a benchmarkable maximum of 7000 Mt/s CL32.

And here is a screenshot of the best score obtained with the active Ecore.

Then we continue with the CPU only in Pcore configuration, the CPU is at 5.2 GHz and the cache at 5GHz. Starting from the best performing memory profile of the previous table we have reached 7200 Mt/s CL32. But that’s not all.

After that, the memory was pushed again with the help of BCLK, but also the CPU and Cache to reach the best score ever in ambient on geekbench 3 on an eight-core CPU. 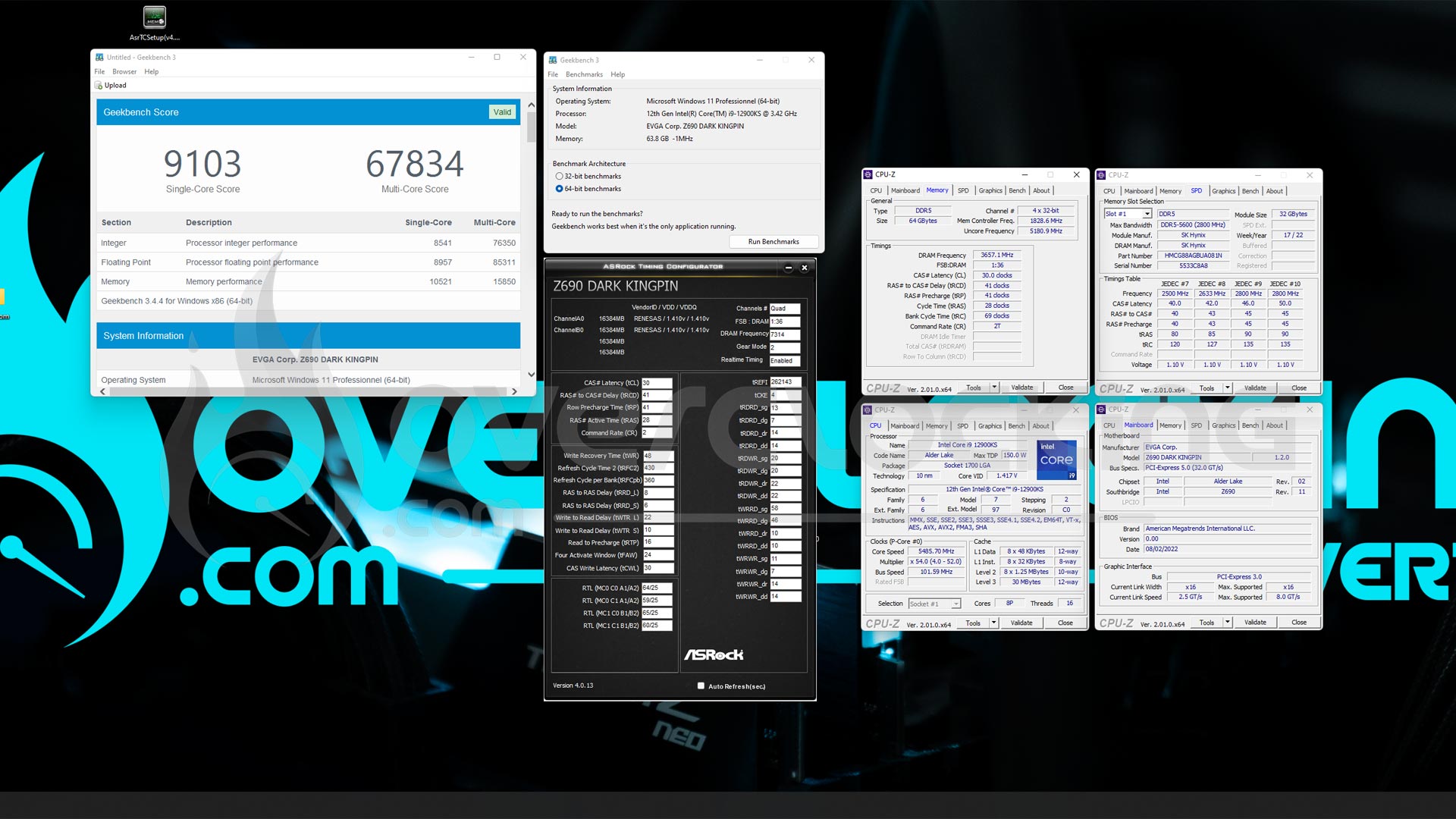