The arrival of the RTX 3080 12GB at the beginning of 2022 did not have the expected effect. In fact, we can even wonder what Nvidia was really trying to do with this reference. We still ended up with an RTX 3080 10GB, an RTX 3080 12GB and an RTX 3080Ti… For consistency we have seen better. But for some time, with the return of stocks and the relaxation of prices, the positioning of the RTX 3080 12GB had become lunar. The card was regularly competing with RTX 3080Ti models. The situation no longer made sense… Nvidia has apparently decided to stop this series. 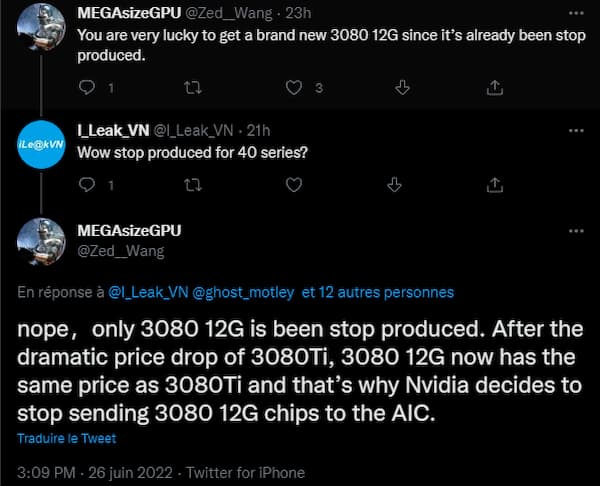 This decision of Nvidia must be placed in the general context of this year 2022. The market has come to an abrupt halt for various reasons (end of speculation, fall of cryptos, purchasing power at half-mast…). According to several rumors, this situation has an impact on the existing stocks of RTX 30 that are not released. The consequence would be that NVIDIA would have delayed the launch of the GeForce RTX 4090, RTX 4080 and RTX 4070 by a month to give its partners time to clean up their stocks but also to amplify the movement of price relaxation. All these factors combined with the expectation of new generations contribute to the weak market dynamics. Only the RTX 3050 to 3070 cards seem to have a future until the end of the year in the eyes of consumers. Nvidia is just doing what the customer has decided for some time: focus on “profitable” references and / or wait for the new generation rather than committing a big budget at this time. 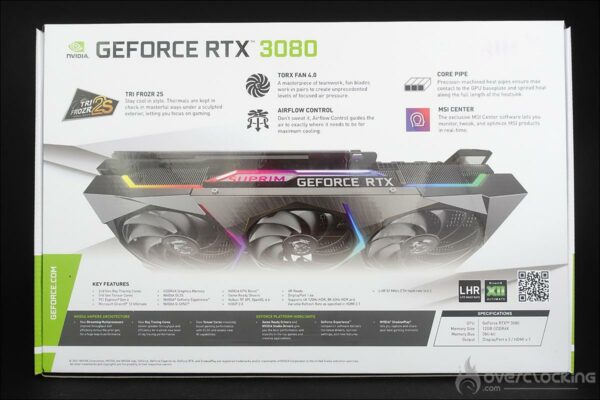