VR is not dead (even if it has been thought for years) and Meta (Facebook) should launch a lot of products in the next months. These launches are all linked to Mark Zuckerberg ‘s vision of his metaverse. Zuckerberg has high hopes for smart glasses, which he believes will be an accessory capable of bringing a breakthrough in usage, similar to the advent of the smartphone.

Zuckerberg believes that VR is a revolution that will take everything away…One day.

However, the short-term reality is less exciting and we are still waiting for the technology to be democratized and to really offer a use that justifies its adoption unconditionally. For the founder of Facebook, there is no doubt that it is the metaverse that will enable the switch, he is convinced of it. But beyond the ambition, the CEO of Meta also has a secret dream. That of proposing AR glasses, less restrictive to adopt than VR glasses, and to make it the tool that will allow Meta to escape from the control of Apple and Google, which together dictate the conditions that applications like Facebook must respect on cell phones.

Meta also wants to break free from Google and Apple

Meta is working intensely to deliver this tool, which is internally named Project Nazare. But VR is not put aside, on the contrary. The company plans to release four virtual reality headsets by 2024, according to an internal roadmap seen by The Information. The first launch could come as early as September of this year with Project Cambria, a high-end virtual reality and mixed reality headset billed as a device for the future of work. The headset could cost around $799, well above the price of Quest VR headsets. 2 other QuestVR headsets are also expected. In 2023 and 2024 we should see two products codenamed Stinson and Cardiff. The improvement of the visual rendering and the comfort of use will be the two main axes for these “general public” products. For the record, the VR range of Oculus is now renamed Meta. On March 1, the Quest VR headset began displaying the Meta logo instead of the Oculus logo when it started up, after an update. On March 28, the company released the first images of the Quest 2’s new packaging, on which Oculus is replaced by Meta. The Oculus site now redirects to Meta Store. 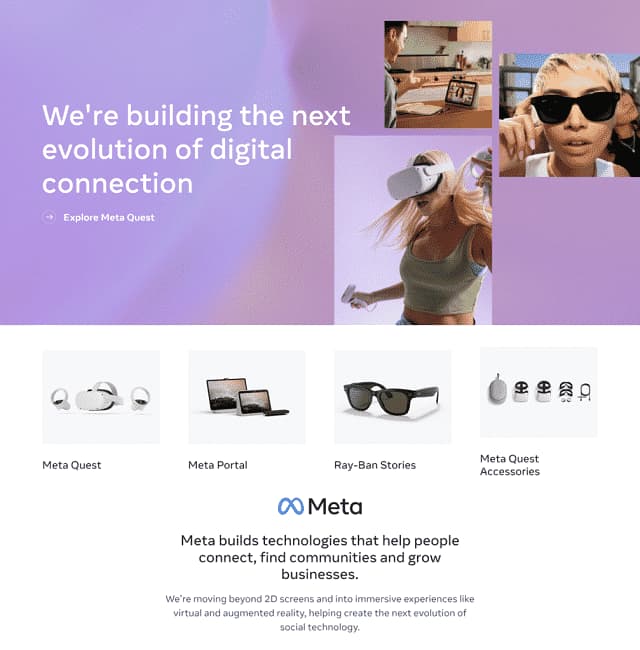 So is VR about to experience the golden age we’ve been hearing about for nearly 10 years? Is the metaverse the “thing” that was missing in VR? Honestly, we doubt it…