As expected, the countdown is on for the arrival of the Core i9-13900KS. The CPU has already been listed by Canadian retailer PC-Canada, with prices that should, for the moment, be considered with caution. In the first days of January, the entire non-K Intel processor line will be launched with this 13900KS to finish the offer from the top. 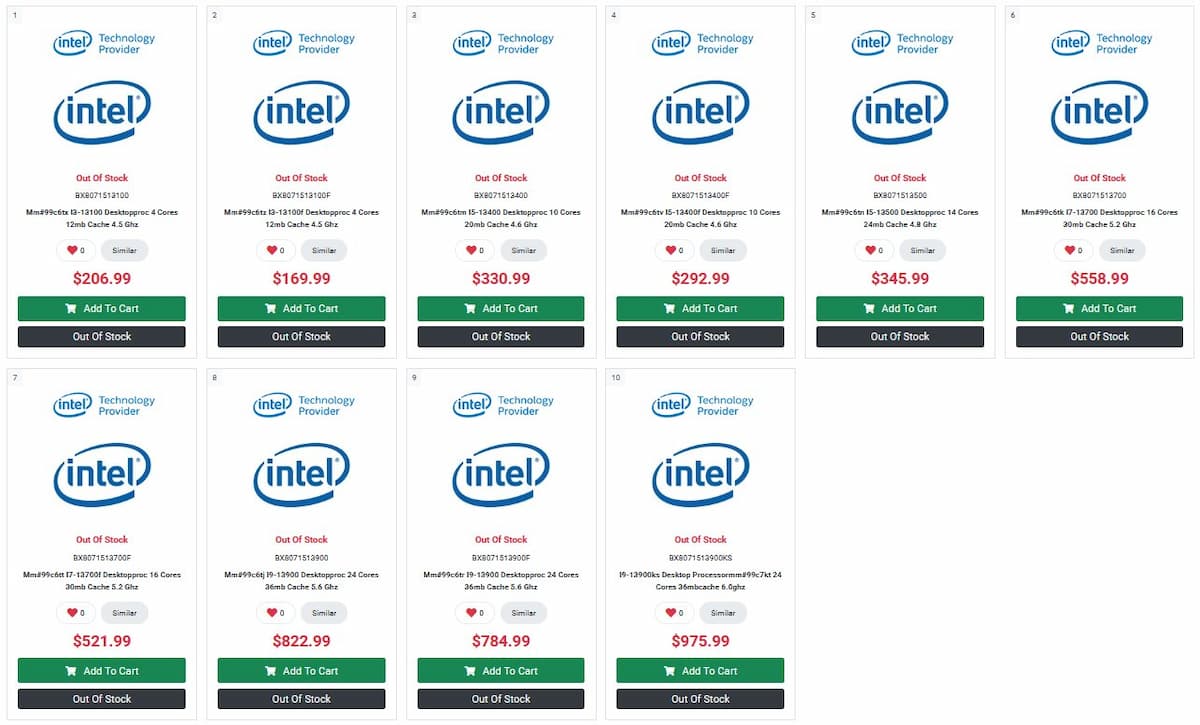 Earlier this year, Intel confirmed that it would release the world’s first 6GHz processor. This will be the Core i9-13900K but beware, it will be delivered in limited quantities. For the moment we don’t know much about this CPU even if our tests of the 13900K already give us a good idea. A leak allowed us to see the 13900KS tested with CPU-Z. We would get a score of 18453.4 points in multicore and 982.5 points in single core. Assuming we are in a “stock” configuration, we are 15% above a Ryzen 9 7950X which claims about 16,000 points. It is understandable that this processor is released to mark the blow against AMD. Some of us will be looking for this CPU intensively. This version is in fact a selection of the best 13900K to get the full potential of the chip.