For the first time we have independent figures from a real test of an A370M, a graphics chip from Intel dedicated to laptops. PCWorld was able to carry out this test using an Arc A370M reference laptop lent by Intel (based on the Summit E16 Flip Evo from MSI). The test took a little over an hour to complete with some freedom in the tools used and the comparisons (the laptops used as a basis for comparison were not provided by Intel). For the comfort and efficiency of these benchmarks, the tester had five identical reference systems at his disposal, which allowed him to repeat the tests several times to verify the results and produce averages. 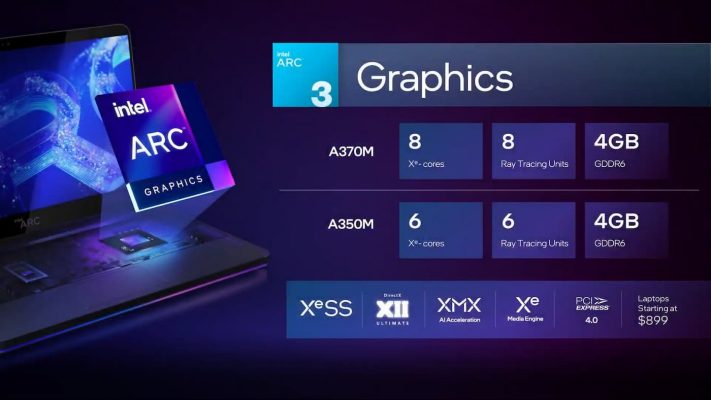 We won’t drag out the suspense too long, but the results are extremely encouraging. The A370M is one of the “entry-level” chips that Intel has proposed to PC manufacturers and this version seems to be on a par with Nvidia’s GeForce RTX 3050 without too much difficulty (laptop version too). In the test series, the A370M was also pitted against a GeForce RTX 3060 that powers the Acer Nitro 5, but it is not intended to compete in this segment. That task will fall to the Arc A550M.