The Computex 2022 keynote allowed AMD, as expected, to officially introduce its new Zen 4-based Ryzen 7000 “Raphael”. 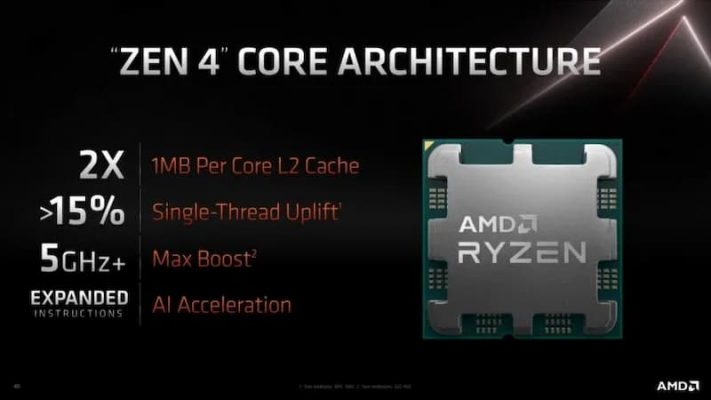 Right from the start, the reds put themselves on the competitive field against Intel’s Alder Lake. For example, AMD showed a rendering demo of its pre-production Ryzen 7000 desktop processor pitted against a Core i9-12900K. The new processor delivered performance up to 31% faster than the competition, but no clock speeds or TDP indications were disclosed during the demo. Also note that the Zen 4 chip offers 33% more threads (32 vs. 24) so the performance difference is, for now, to be put into perspective. 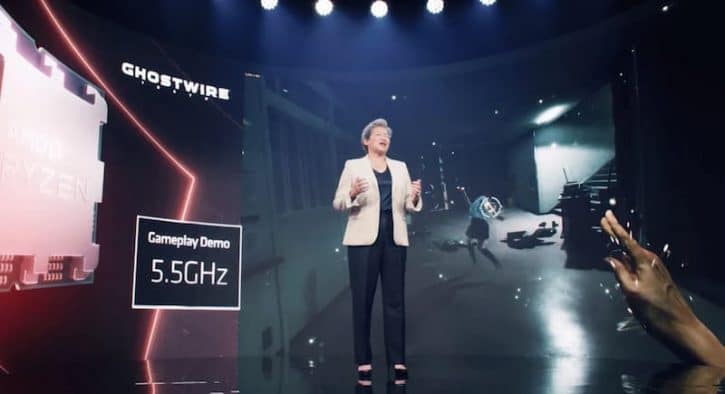 But the most spectacular part took place during a demonstration at a gaming session. We could see a Ryzen 7000 running at a speed of 5520.3 MHz under Ghostwire: Toyko. Again, AMD has distilled the information and we do not know if this frequency is obtained on a single core or if the CPU has been overclocked. However, AMD had already had the opportunity to show these Ryzen 7000 at CES 2022 running at 5Ghz on all cores. Such a frequency for a single core does not seem so surprising even without overclocking. Concerning the release date, let’s be frank, we are still in the dark since it is mentioned “autumn” without more precision. The rumor of an early release during the summer is therefore unfortunately falling through. We will have to update this brief as we get more information during the Computex.