A few days ago we revealed that Sony had the ambition to accelerate on the PC by opening a PSN with its own launcher dedicated to PCs. This change of strategy is confirmed with data on the strategic direction that the company intends to take for its near future. The PlayStation brand will undergo dramatic changes in the coming years. PlayStation Studios’ developers are expected to work on numerous productions for PCs and mobile devices. This strategy will lead to these two new segments (PCs and mobiles) accounting for almost half of the business.

“Historically, PlayStation Studios has done wonderfully well in delivering a strong portfolio of story-rich and graphically beautiful single-player games, but there is no doubt that we have limited ourselves to a rather narrow part of the gaming market.”

Jim Ryan, CEO of Sony Interactive Entertainment confirmed the company’s plans to invest heavily in two new markets during a conference with investors in recent hours. “With the expansion of personal computers and mobile devices, and admittedly live services as well, we have the opportunity to move from a situation where we were present in a very narrow segment of the overall gaming market to one where we will be present almost everywhere. I think if we do it right, if we do it smartly and precisely, the opportunities to dramatically increase the number of people who play our games, the number of people who like our games and the number of people who spend money on our games are exponentially large. “

To materialize this new strategy, a slide was shown during this conference to understand the radical change that the company wants to operate. 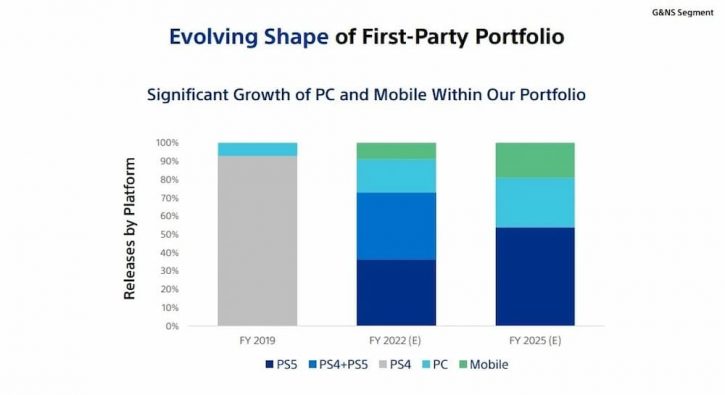 But a strategy is worth nothing without certainties and precisely, the Japanese company revealed the economic results generated by the arrival of its titles on PC during the fiscal year 2021. Sony Interactive Entertainment earned $80 million from the sale of PC games. The comparison with the corresponding period of the previous year is revealing, as the amount was only $35 million then. In 2022, the company expects to earn $300 million from the PC platform, taking into account the new titles launched. 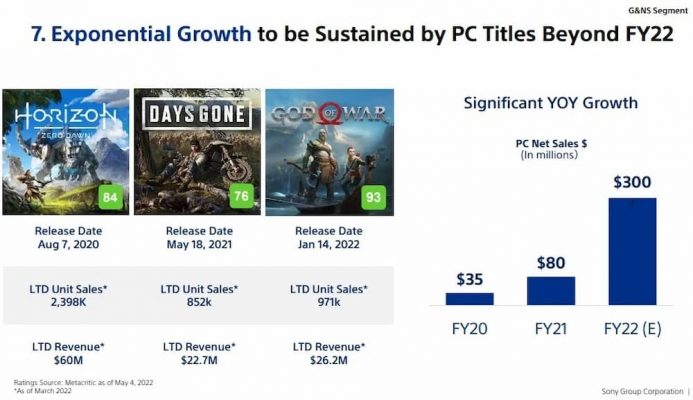 So all the lights are green to see Sony accelerate the PC porting of its titles. As a reminder, PlayStation recently acquired Nixxes Software. The company is best known for its work on the PC versions of Square Enix’s licenses, including Tomb Raider, Deus Ex, Hitman and Thief. No doubt this acquisition was made to allow Sony to accelerate on its new strategy.