This Thursday, August 4th during an AMD conference, Biostar unveiled the X670E valkyrie. It is the top of the range model ” Flagship “of the brand for the arrival of the new AMD AM5 processors. 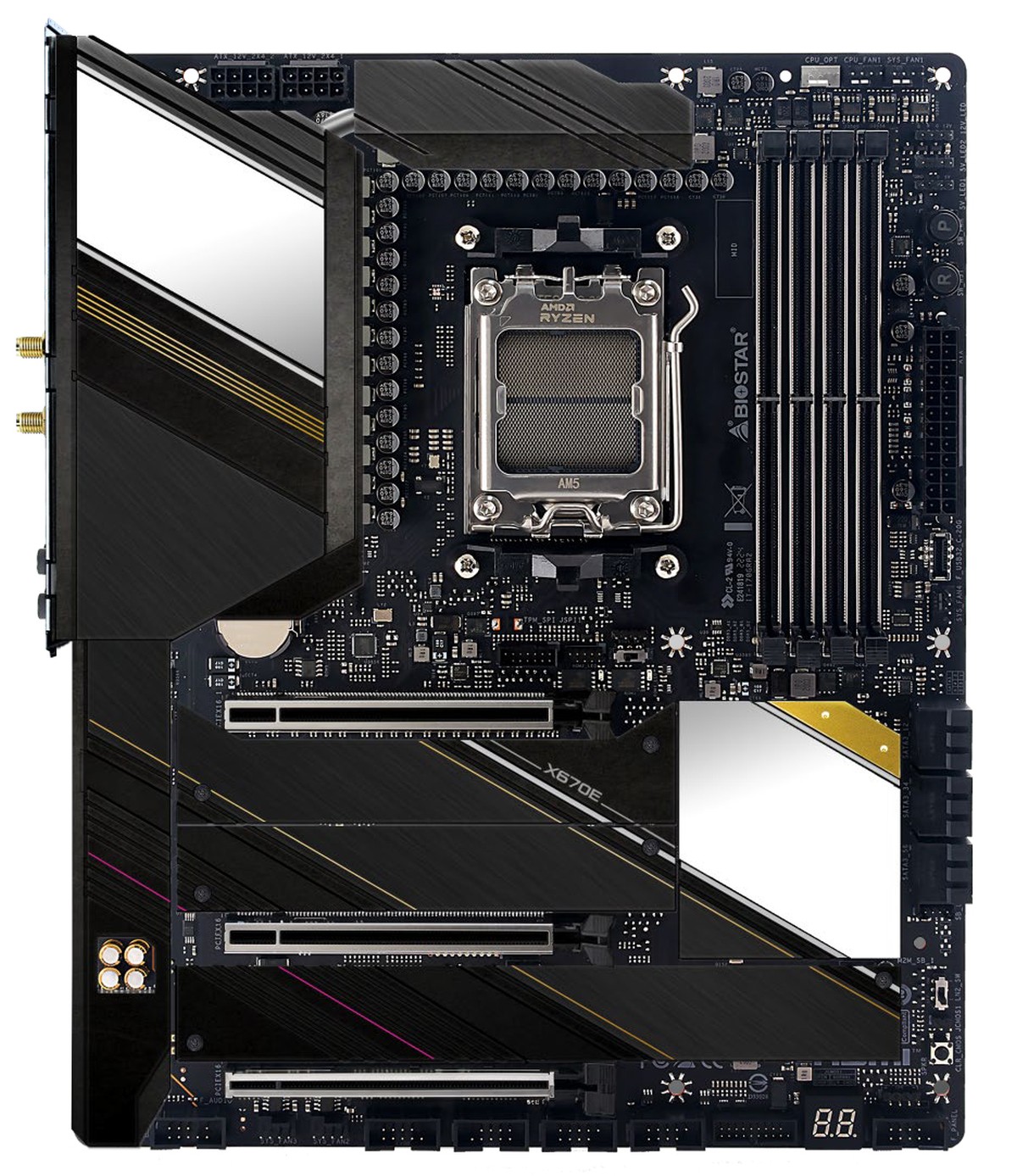 This new X670E valkyrie breaks with the previous design of Biostar with drawn lines and colors mixing gold, silver and black. On this point the result is very successful. We notice that unlike the previous models of the Valkyrie range, this X670E Valkyrie does not display the logo of the range on the PCB. This Valkyrie is very well equipped with no less than 10 ports USB on the IO rear. But also WIFI 6E and an Intel I225V 2.5 Gbps network card. Regarding the internal equipment, we also have the right to a Realtek ALC1220 audio chip. The Internal USB has a USB type C and a USB 3.x. Then we have no less than 4 ports USB 2.0. 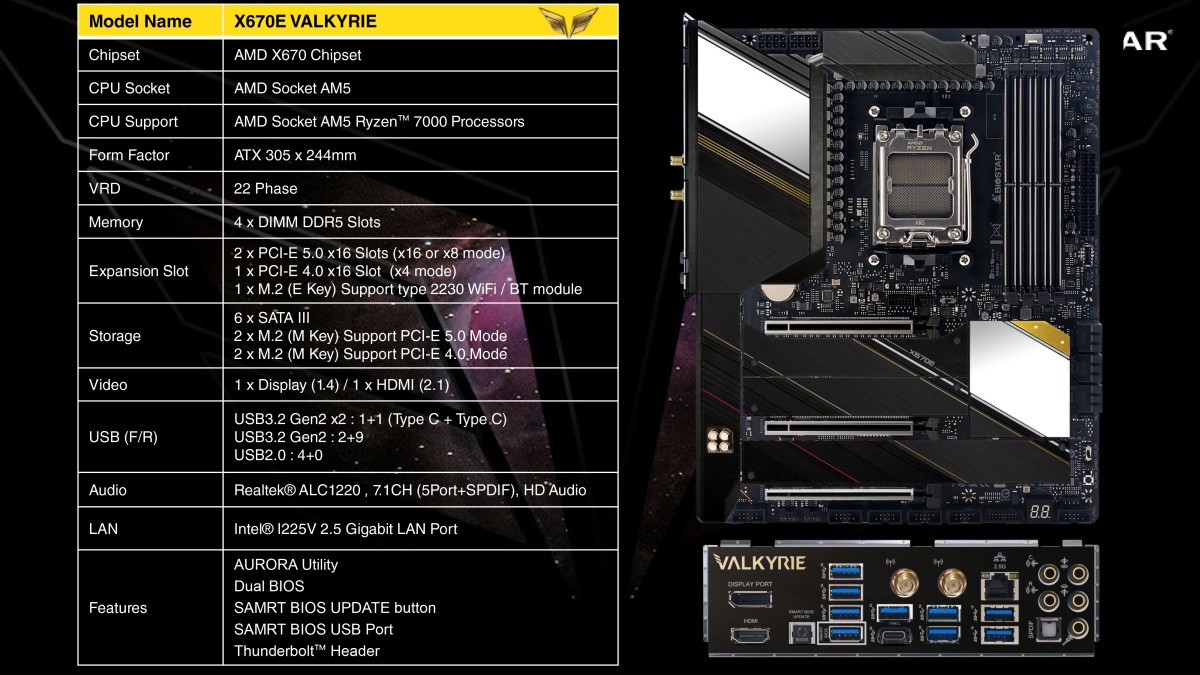 Concerning the design we are on an PCB 8 layers in ATX format. The part VRM part has 22 Phases up to 105A. A robust design that will not bend, even with an overclocked 7950X. As for the rest of the PCB we find some welcome tools for overclocking. Namely the Qcode, the reset and power buttons as well as the switch LN2 and the clear cmos. We also notice another switch in the middle of the PCB, maybe for disabling the second PCIe slot ? 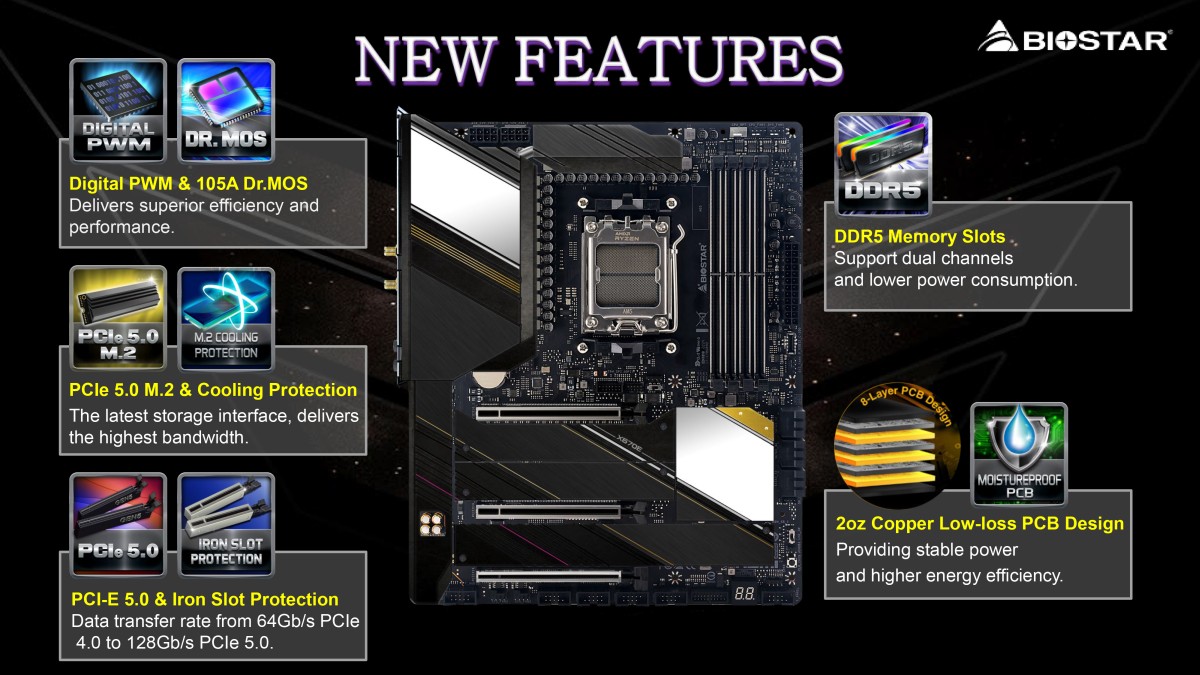 DDR5 support is provided through 4 dual channel slots. No information at the moment about expected frequencies or overclocking capabilities. 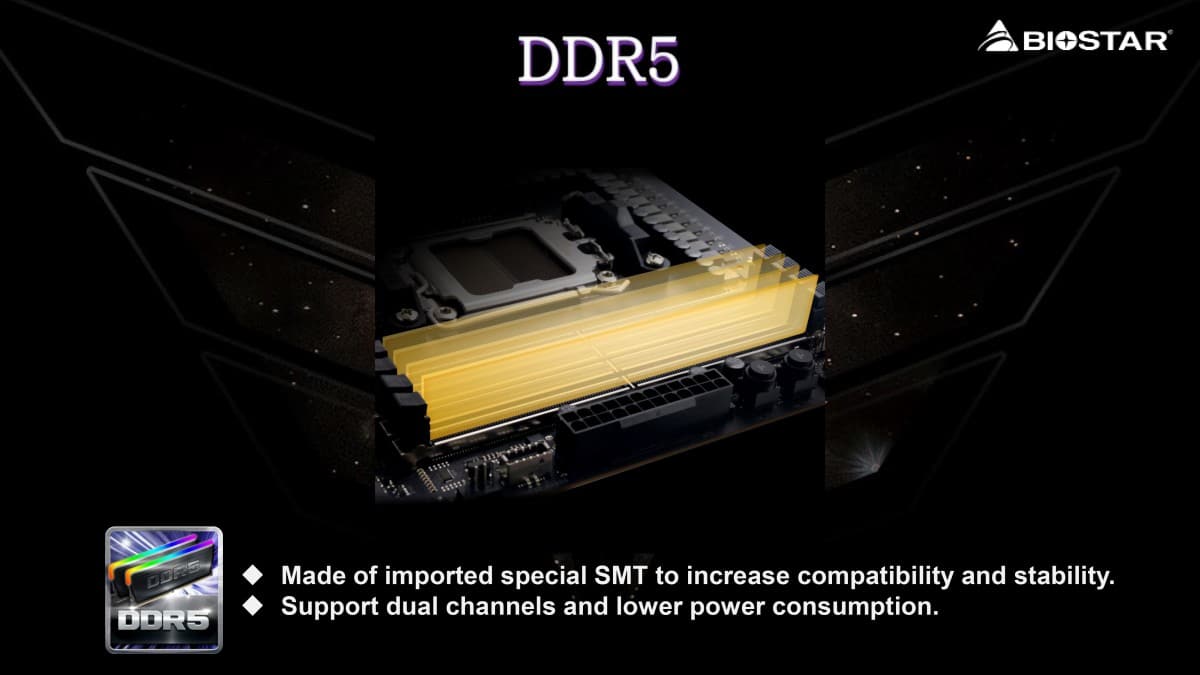 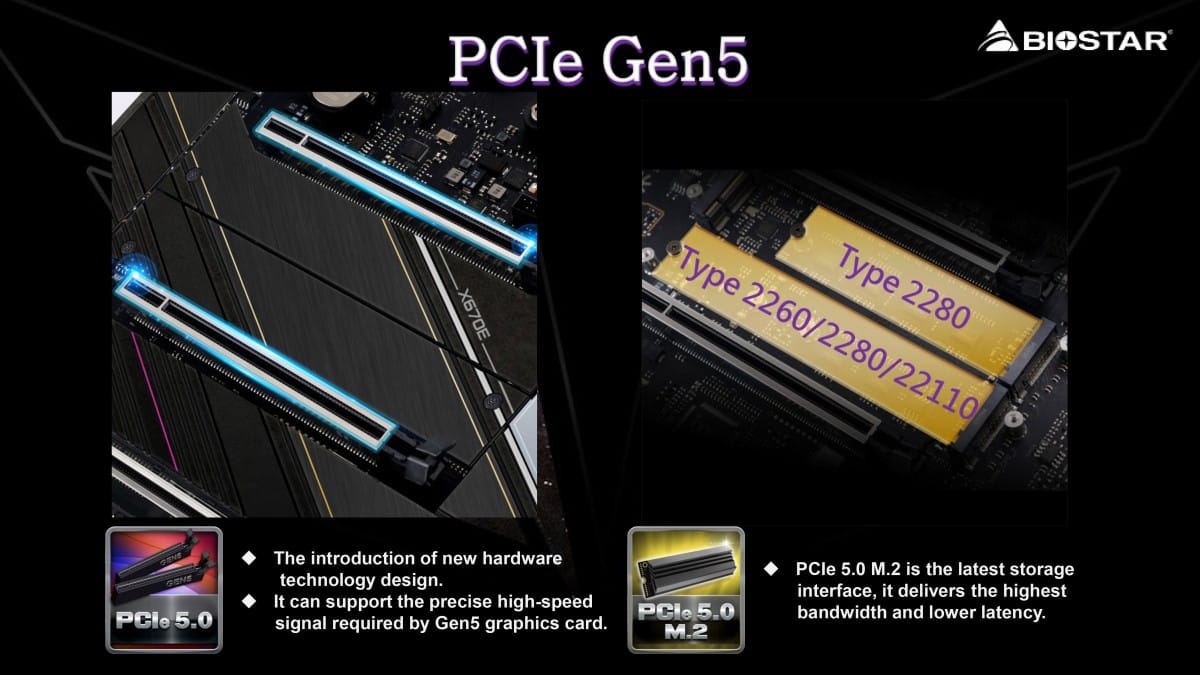 At the moment, we do not have more information, prices and release dates are still unknown.

See also  The mouse of records: 24gr and 299€
Powered by Inline Related Posts