When we talk about AMD GPUs, we have to admit that we have mixed feelings, especially in the last few years. Many promises and often a cold shower at the end. In no way can we say that the RX are bad GPUs, but when it comes to the final decision, they are not able to take over from Nvida for many reasons. But what if this time AMD had played it low profile to really take a stab at the chameleon? The leak of the last few hours may seem secondary but it could actually tell us a lot more about the next RX 7000. First of all, the amount of cache on the next GPUs would be revised upwards compared to the information in circulation until now (especially the Infinity cache). Finally, the performance per watt would be much higher than what AMD has been communicating for some time, probably to confuse the issue.

But the RX 7000 are hard to evaluate especially because of the change in architecture (MCM) compared to previous generations but also to the upcoming RTX 40s which will remain monolithic. These combinations could make the next AMD cards the real surprise on the graphics card market while Nvidia seems to be obsessed by the arrival of Intel. 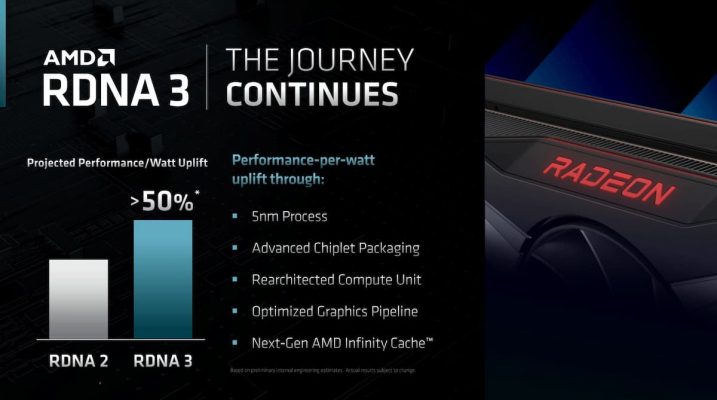