At the Financial Analyst Day, AMD shared a lot of information about its future products. Let’s try to summarize all the announcements.

At the FAD, AMD unveiled new roadmaps for its future products and let appear the Zen 5. 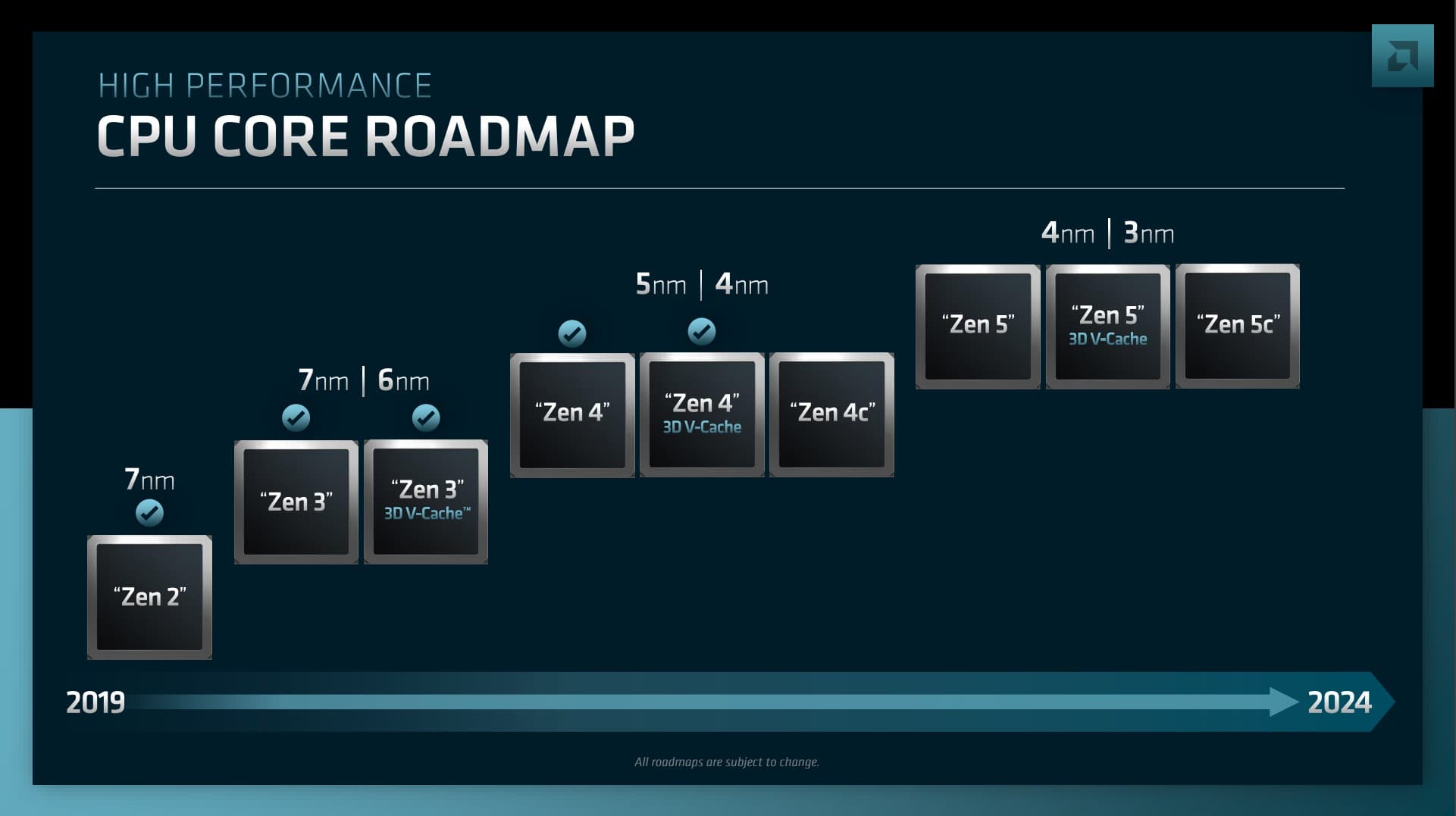 The Zen 4 family will have 3 different iterations:

The first processors of this family should arrive at the end of the year with the Ryzen 7000. 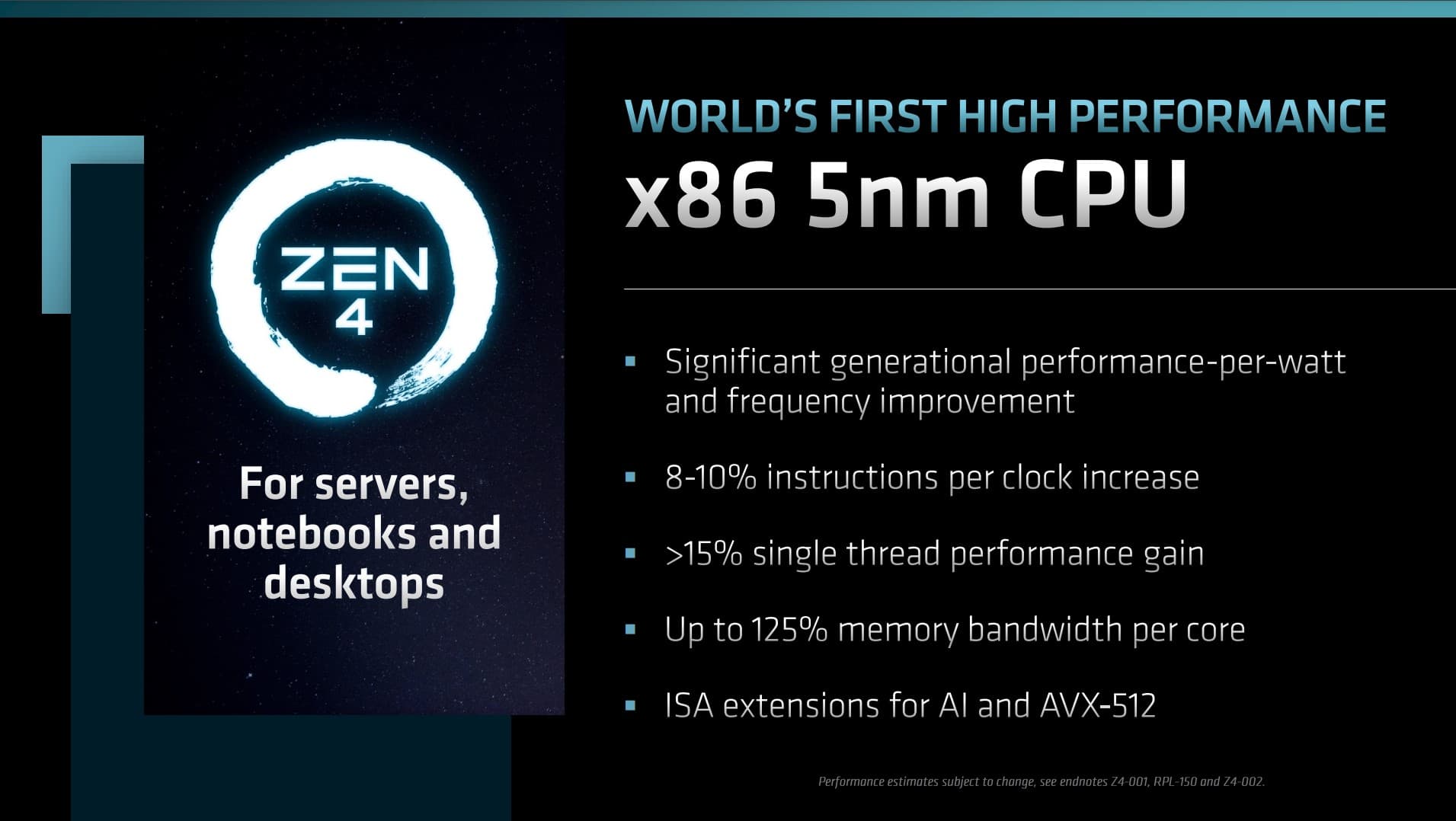 Zen 4 is described as the first high performance x86 processor in 5nm. It will come with a significant increase in performance per watt and frequency. The IPC is finally unveiled with between 8-10% more compared to Zen 3 (thanks AVX 512!). In addition to faster frequencies this allows a promise of single core gain of more than 15%. 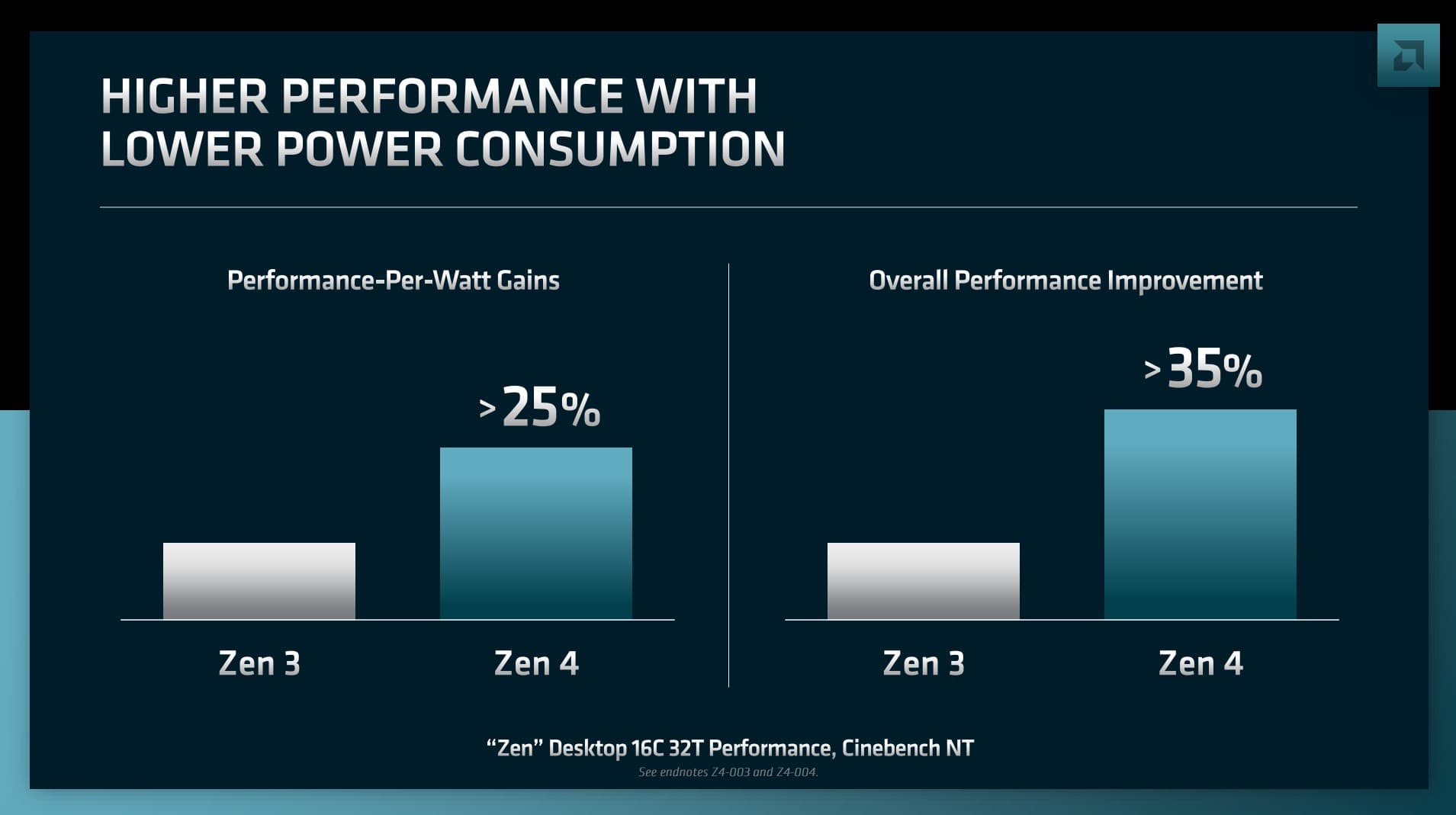 Thus on Cinebench R23, the future 7950X would have a >25% increase in performance per watt and >35% in multithreading. 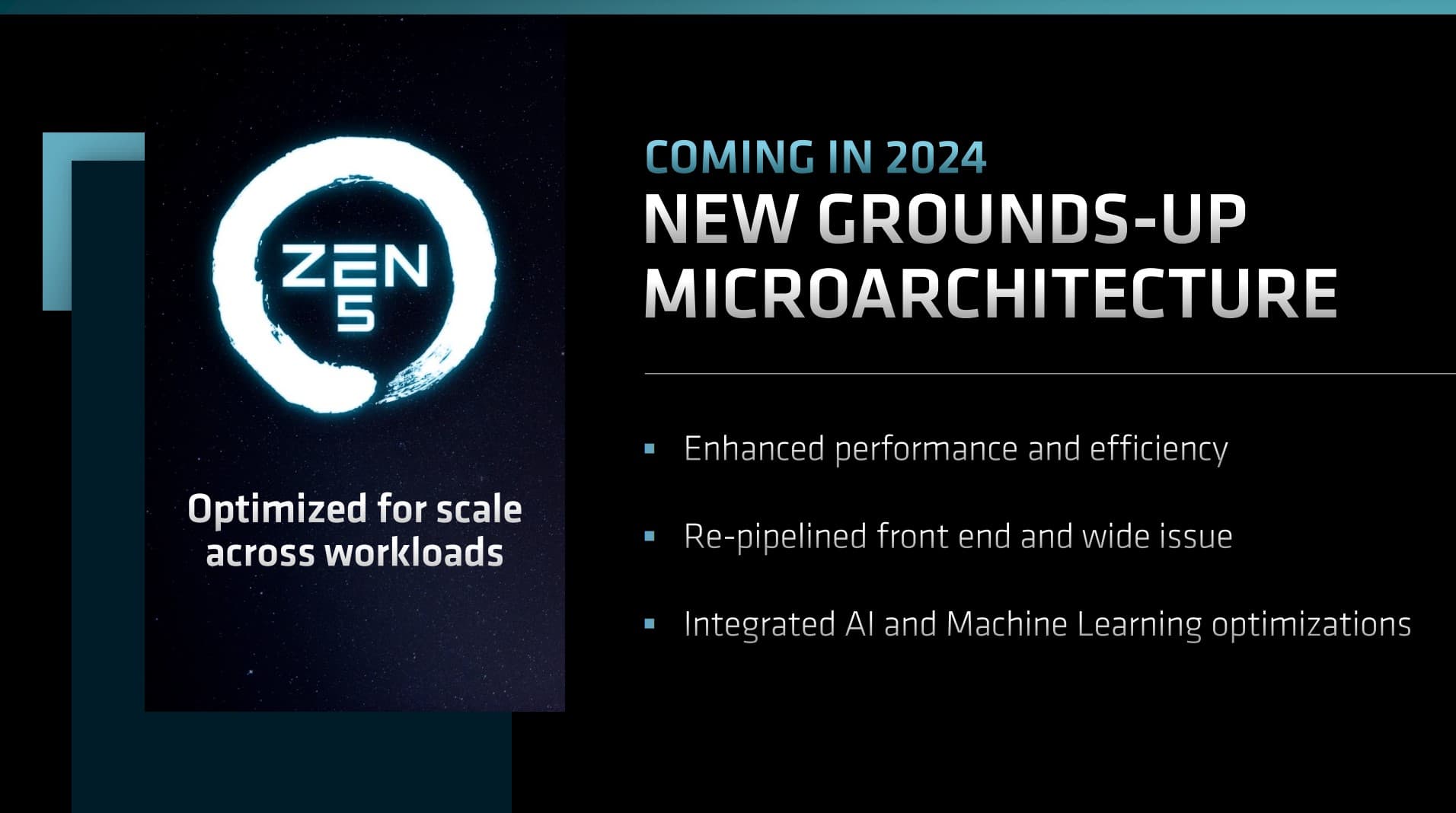 After Zen 4, will come the Zen 5 family which will also be broken down into three different “architectures”, with Zen 5 and Zen 5 3D V-Cache in 4 nm and Zen 5c in 3 nm.

This time, the architecture will be deeply modified. This should bring a rather massive gain of IPC and probably a slight increase of the frequency (but a stagnation or even a decrease is not to be excluded).

And let’s not forget the server processors 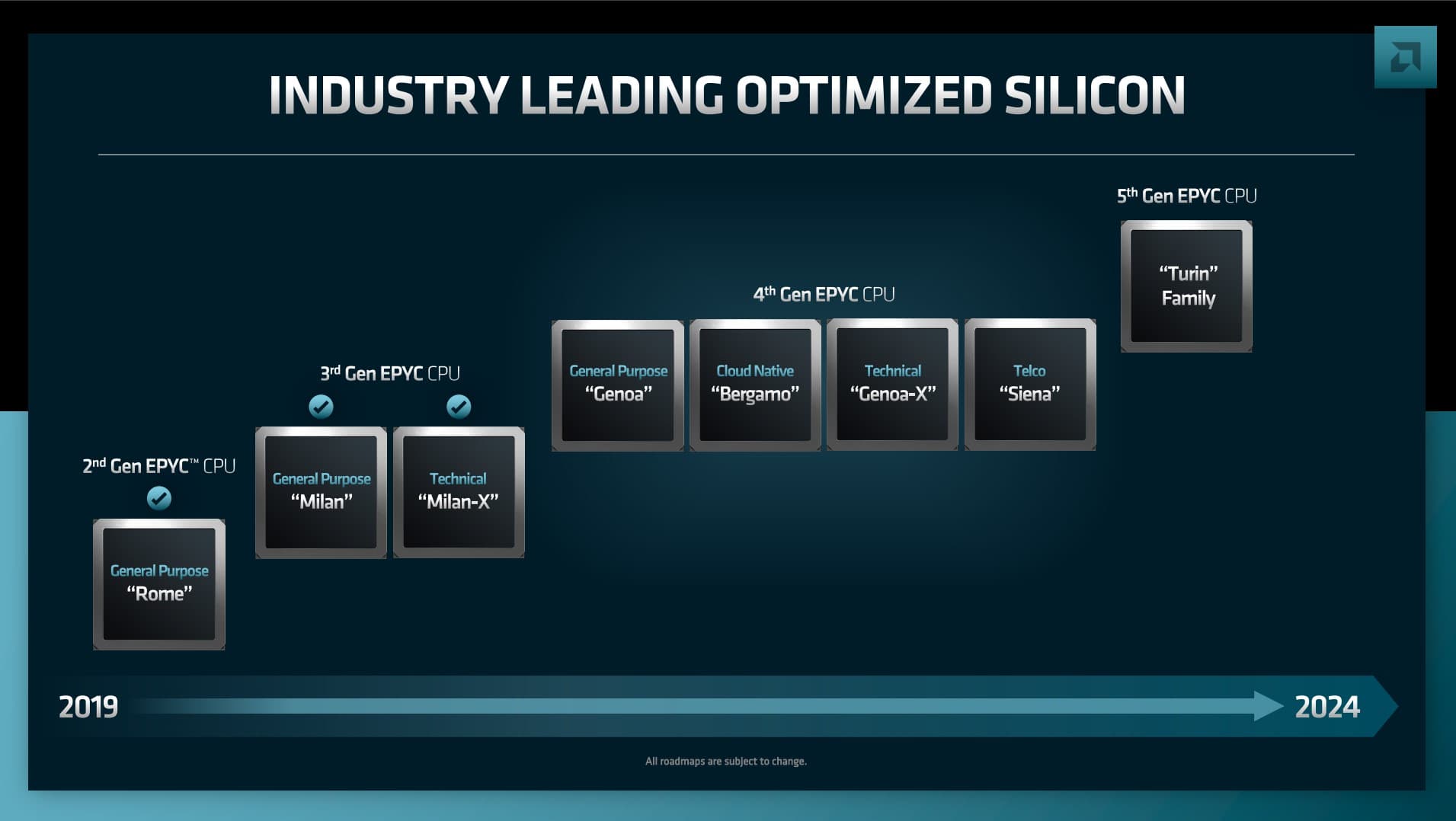 Of course, the new architectures will be declined in server versions with Zen 4 for Genoa, Genoa X with 96 cores, Siena with 64 cores and Zen 4c for Bergamo with 128 cores. 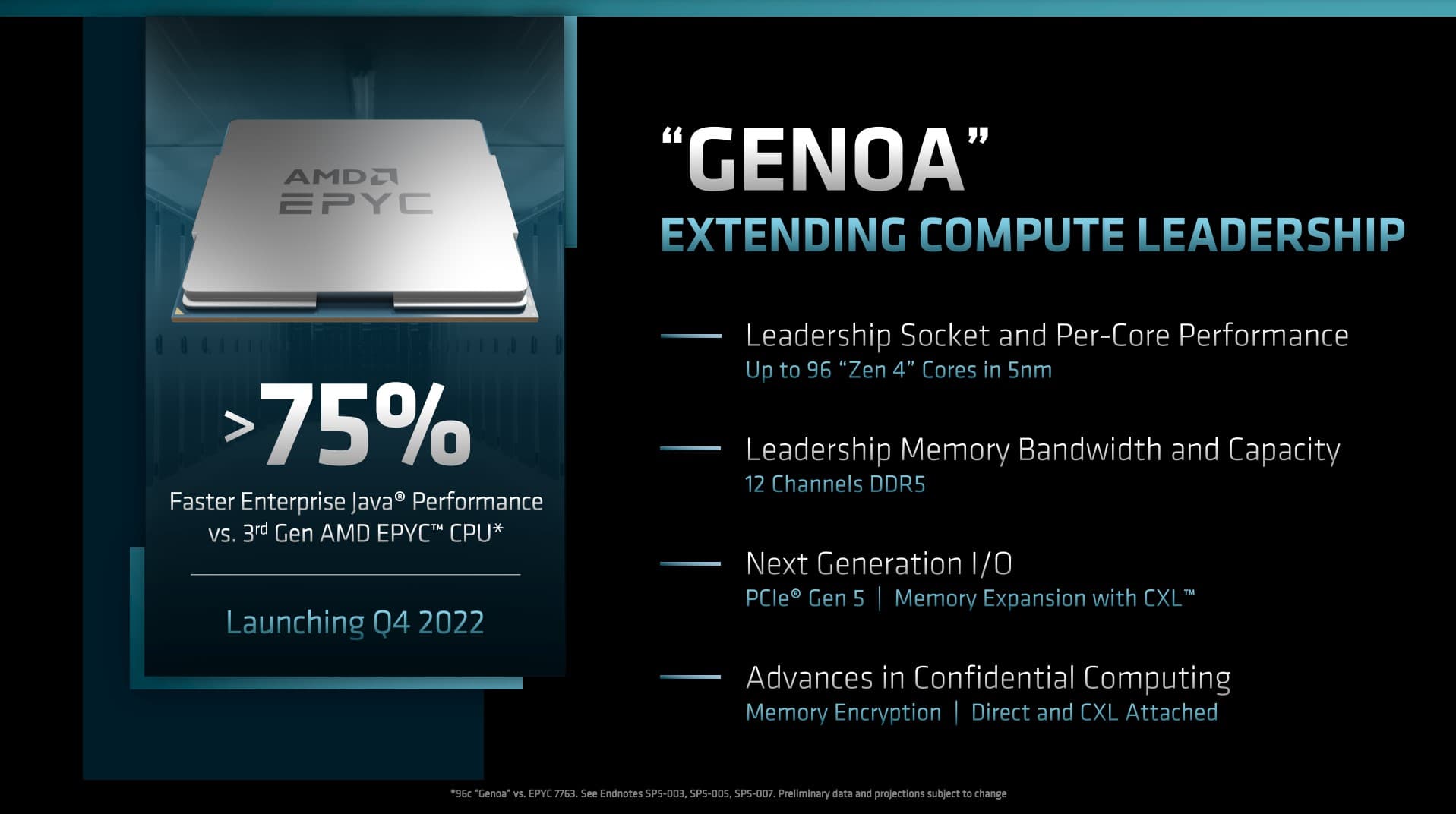 Genoa and Genoa X will have 96 Zen 4 cores in 5nm, with the latest technologies such as DDR5 and PCIe 5.0. The second will have the right to more than 1 GB of L3 cache thanks to 3D V-Cache. As indications of performance, we are on >75% faster in Java compared to Milan. The launch is scheduled for the fourth quarter of 2022. 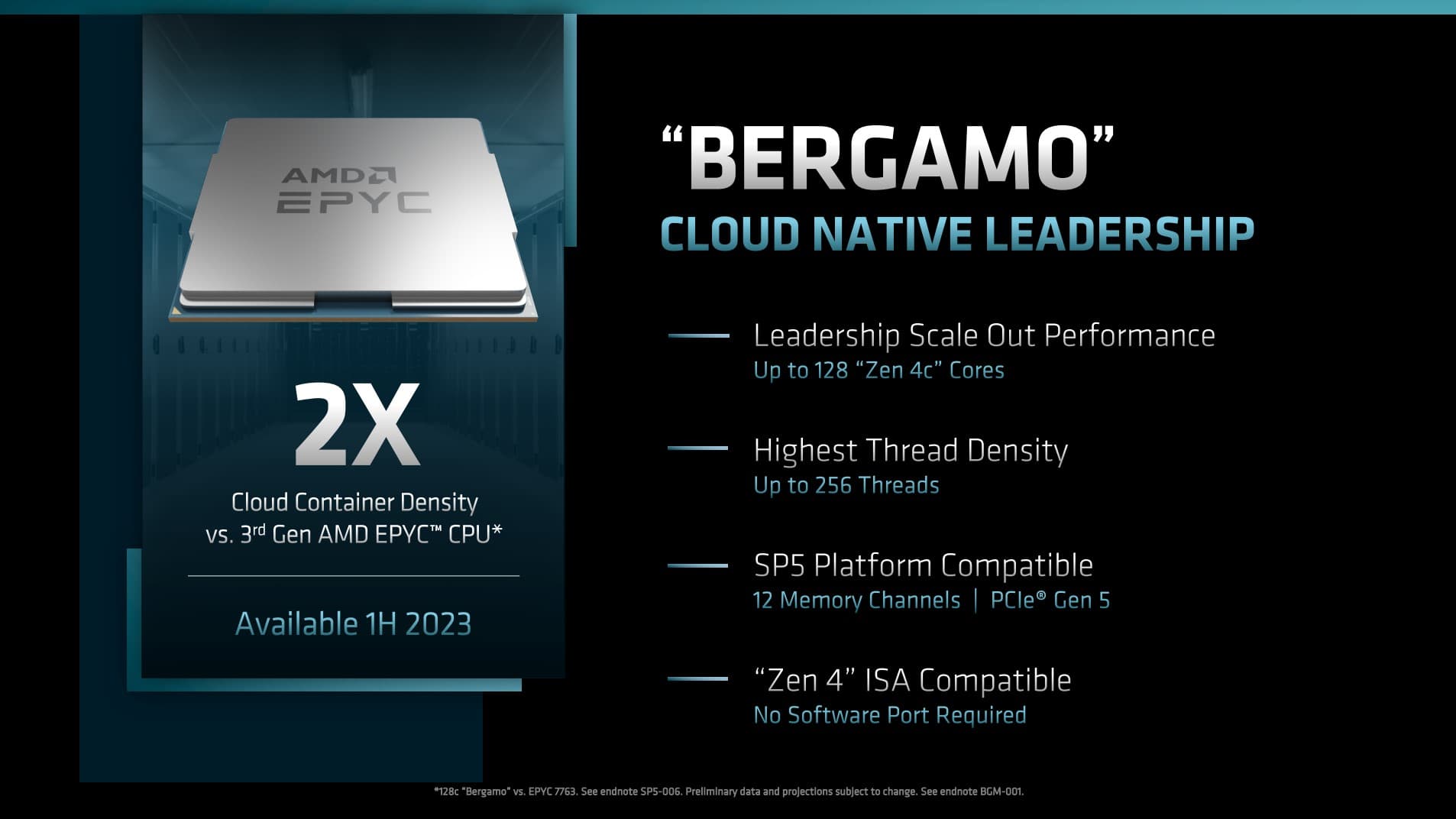 Bergamo, on the other hand, will use 128 Zen 4c cores and will enjoy the same advantages over the Zen 4 architecture with one difference concerning the cache system. The release is scheduled for the first half of 2023 with performance in terms of density 2 times higher than Milan.

As far as processors are concerned, AMD will offer us very nice products in the future, we will now have to see what Intel will have to answer in front of that.