Since the arrival of PCIe SSDs, SATA models have been slowly fading away. Nevertheless, this does not prevent Teamgroup from offering its Vulcan Z, 2.5″ models with SATA interface. Clearly, it has been a long time since we have seen anything new with this configuration. 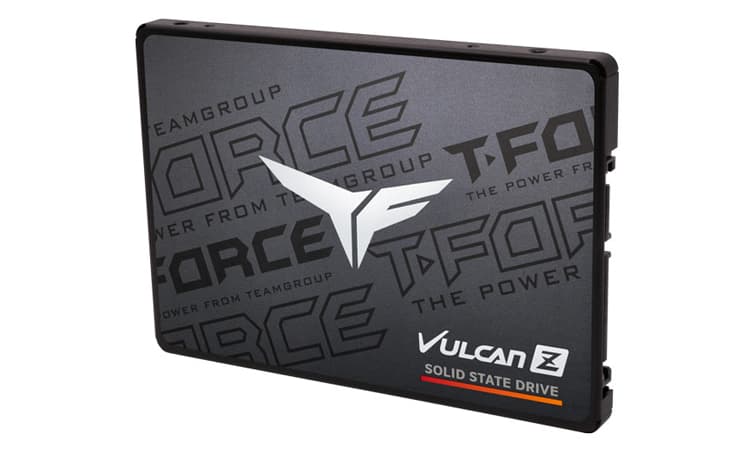 With this new series of SSDs, the brand offers us a total of four models with the following capacities: 240GB, 480GB, 1TB and 2TB. The format remains classic: 2.5″ and we find a SATA III interface. In short, the configuration that we have not seen for a long time!

Internally, the brand highlights 3D TLC memory, but the controller is not known. However, we know that these SSDs have an error correction system (ECC), that they support T.R.I.M commands and S.M.A.R.T monitoring technology.

As for the announced performances, the sequential speeds are 550 MB/s in reading and 500 MB/s in writing. Yes, we are far from the 7 GB/s and some of the latest PCIe 4.0 models. Nevertheless, the brand does not communicate on random performance.

However, the prices have become very affordable since it takes $28.99 and $45.99 for the 240GB and 480 models. If the price of the 2Tb is still unknown, we know that the 1Tb is $81.99! That’s enough to have cheap storage for your games for example. Besides, aren’t these low prices a good reason to switch to the all SSD?