Powercolor, which had already teased a few days ago a picture of a piece of what should certainly be an RX 7900 graphics card from the “Red Devil” series, has just posted a complete picture of an RX 7900 from the Hellhound series.

The keeper of hell: Hellhound
HELLHOUND is born, sharp fangs with razor-like claws, covered with fur that is tough like armor.
Its eyes burn in the darkness, allowing it to precisely track and stalk its prey. pic.twitter.com/eDxzBU55bP

Powercolor is a brand that we have already had the opportunity to test several times with recently the RX 6950 XT in Liquid Devil version. The “Hellhound” series appeared for the first time on an RX 6700 XT. This series is described by Powercolor as: “HELLHOUND is born, sharp fangs with razor-like claws, covered with fur as hard as armor. His eyes burn in the dark, allowing him to track and stalk his prey with precision. 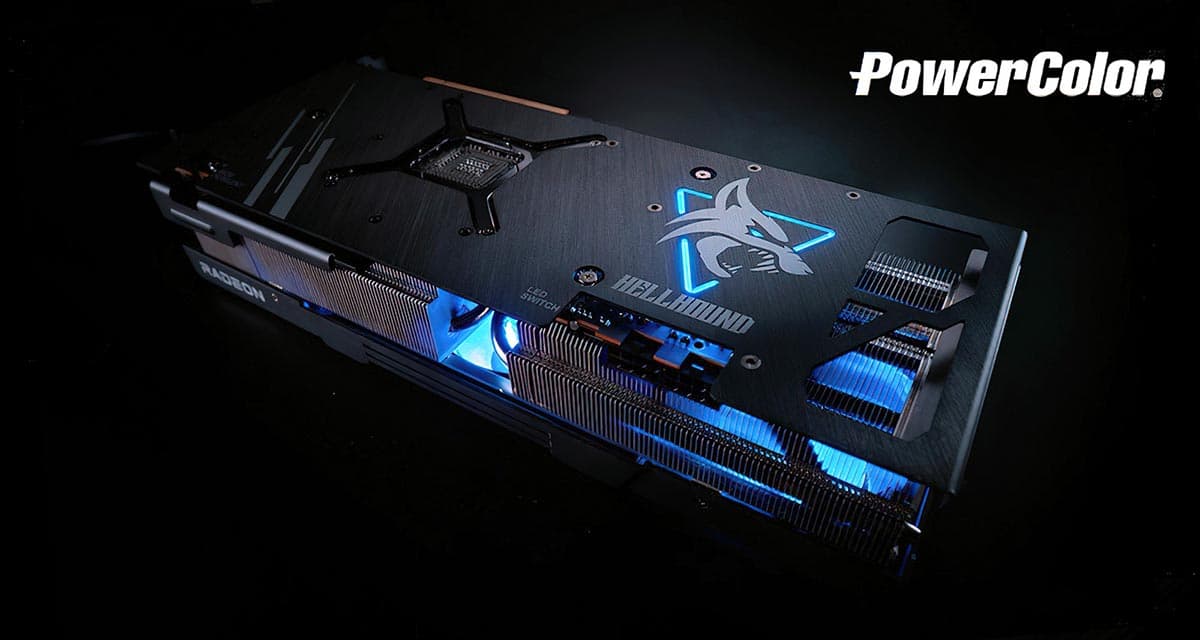 The photo unveiled identifies a system with 3 fans and two 8-pin connectors for the power supply. There is also a switch to turn off the backlight and a second one to opt for a silent or powerful BIOS. Now it remains to be seen if this is an RX 7900 XT version or the RX 7900 XTX version. No doubt that Powercolor is already ready to unveil its RX 7900 either in Hellhound or Red Devil version.