It seems that AMD has quietly made a small update to some members of its Ryzen family. Some in the community seem to see it as a small miracle mechanically improving performance… Let’s not be too hasty.

A B2 stepping for more homogeneity? 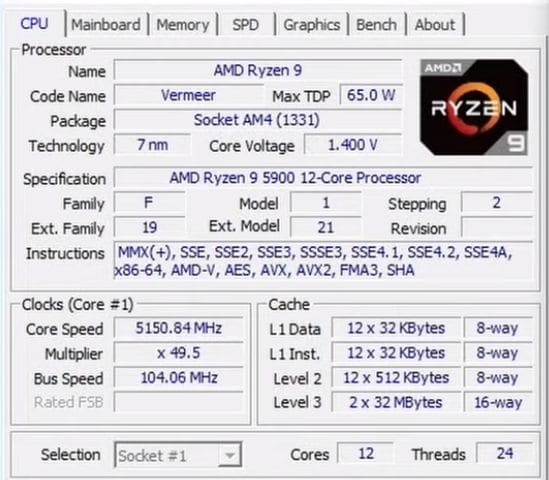 Overclocker @KCcRtttu was able to see the changes when he wanted to “shake” the 5900X he just got. He was able to push the 12 cores of this CPU to a frequency of 5150 MHz using liquid cooling. Compared to the first version of the Ryzen 9 5900X ( Stepping B0 ), he found that at the same frequency, the new model was 9ºC cooler and consumed 30W less. The other observation would be that he can now use DDR4 up to 4100 Mhz on his Asus Crosshair VIII Extreme, which was not the case at all until now.

What conclusion can we draw from this first feedback?

For the moment, there are a few users making the same observation. But the user base of CPUs with this B2 stepping is too small to be certain. As the months go by, there is nothing inconsistent to see that AMD is improving its manufacturing process. But until then, many of us have also noticed that the overclocking potential of a Ryzen 5000 is very random depending on its batch for example. This B2 stepping could bring more maturity but for the moment we have not been able to measure anything. If you have recently purchased a Ryzen 5000, please feel free to share your feedback on this story with us in our Discord server.