New series of SSD to land on the market with the N74V-M80, a series of three models offered by the brand TeamGroup. For this range, the brand takes out the big means with a cooling system incorporating a vapor chamber… Always more. 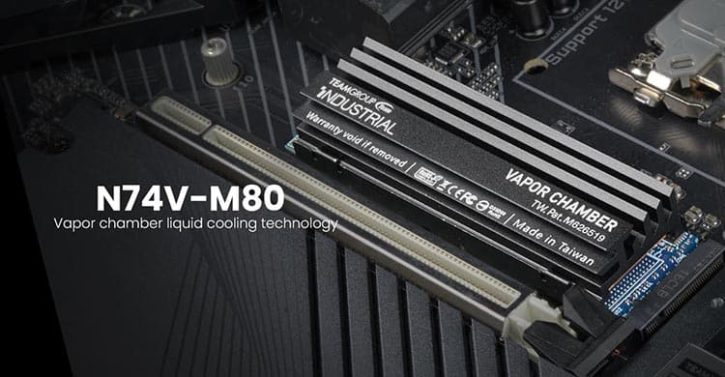 With this series, the brand puts forward a range of three SSD. Despite everything, the capacities remain relatively low since we are talking about models reaching 512 GB maximum. The other two versions total 128 GB and 256 GB. Regarding the format, we are indeed facing M.2 models, however, they have a PCIe 3.0 x4 interface. In terms of performance, we have something in line with the PCIe standard used. This results in sequential read/write speeds of 3445 MB/s and 2520 MB/s respectively. However, random performance is not specified. Finally, we will retain the rather particular cooling system based on a vapor chamber. Also, we will have to be careful about the maximum height of the SSD since with its chamber, the height rises to 14.5 mm. For the moment, we do not know the selling price yet. Let’s hope that the cooling system is not an excuse to increase the bill.

This way to the TeamGroup datasheet!