The Intel Arc epic continues as the blue guys announce new prices for their graphics cards. After announcing its Arc 770 8GB at a price of $329, the brand announces the price of the 16GB version and the Arc A750!

Intel Arc: the price of the 7 series cards now known ! 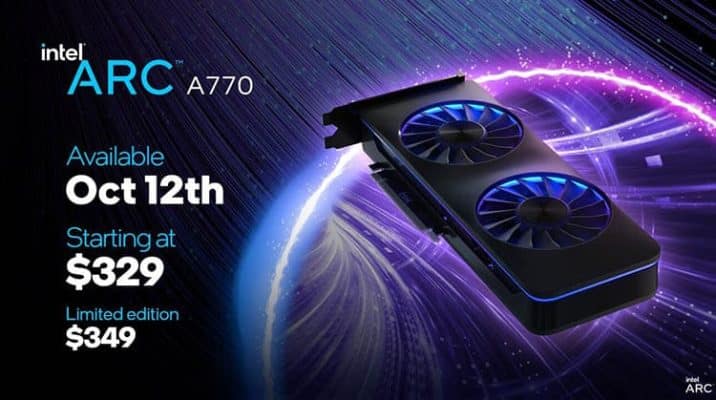 Let’s get to the heart of the matter: the prices of the other cards of the Intel 7 series. As we already know, the 8GB A770 was announced at $329, which is the same price as the NVIDIA RTX 3060 . The 16GB version of the card is not much more expensive as it is only $20 more than the other version. As you can see, the price is $349 for a doubled amount of memory, but a bit slower.

RELATED STORY
Intel breaks the price of its A750 to $250!
Powered by Inline Related Posts 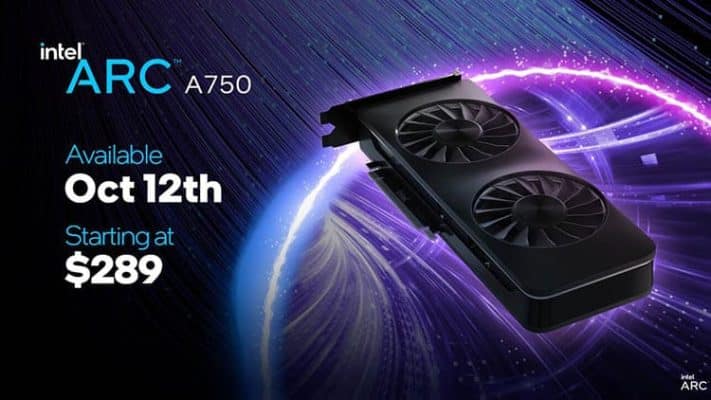 Now we just have to see what the performance will be. Let’s remember that the blues position their A770 right in front of the RTX 3060 with RayTracing performance announced as being superior. If the price doesn’t go through the roof, it could be a good deal if you want to buy a mid-range card… But let’s wait for the tests. Let’s also remember the launch date, October 12th!