Present mainly in China with the first custom PC from GUNNIR, the A380 starts to venture into our borders with an availability on a computer from Acer.

Appeared at the merchant site boulanger, the Arc A380 is embedded in a pre-assembled and entry-level PC: the N50-640.

Accompanied by a rather basic configuration composed of an i5-12400F, 16 GB of DDR4 RAM and a 512 GB SSD. The configuration is sold for 950 euros and will be available on October 8. A price that seems quite correct at first glance, but which becomes very bad once put next to an NVIDIA configuration. 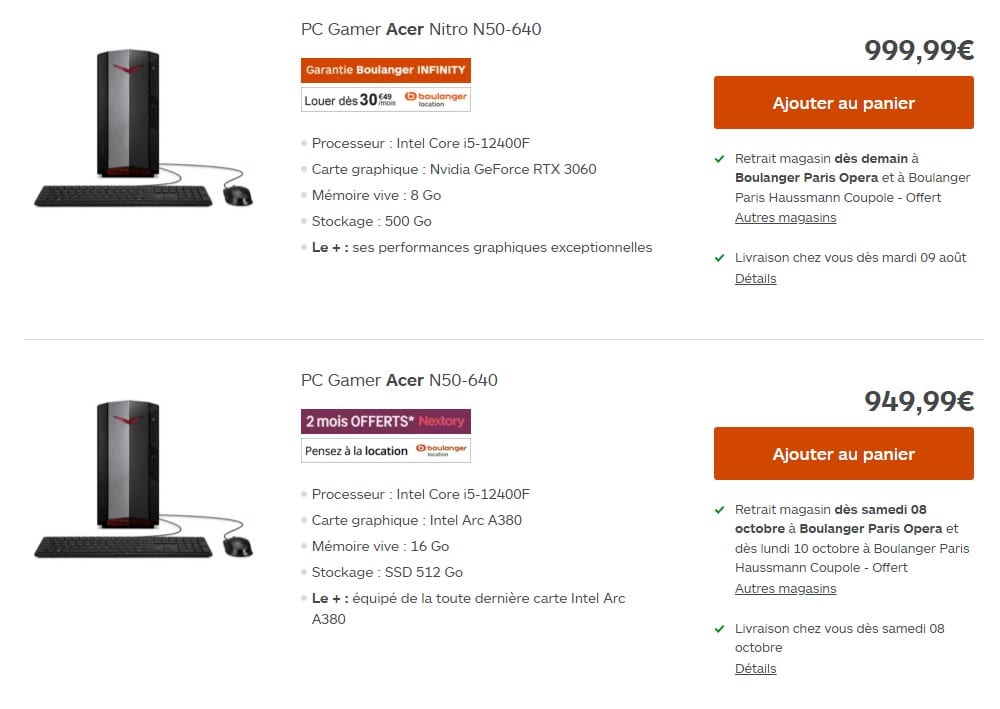 Indeed, at the same merchant and for 50 euros more, you have a configuration with less RAM with only 8 GB, but an RTX 3060 which is a much more powerful graphics card.

Despite this, it is important to appreciate the fact that Intel cards are starting to arrive in our country after a very long delay by the brand for several years. As a reminder, the cards were supposed to arrive in 2021, then in the first quarter of 2022, then in the second quarter and now in the third quarter of this year. But, without having the certainty of a launch.