We all understood that Google’s gaming service was on a slippery slope for some time. The latest rumors go further since Google would obviously learn from the current situation. The pandemic was a very favorable period for the development of this service. But even though there are more than 200 games on offer at the moment, the Google Stadia service has not managed to retain its users. 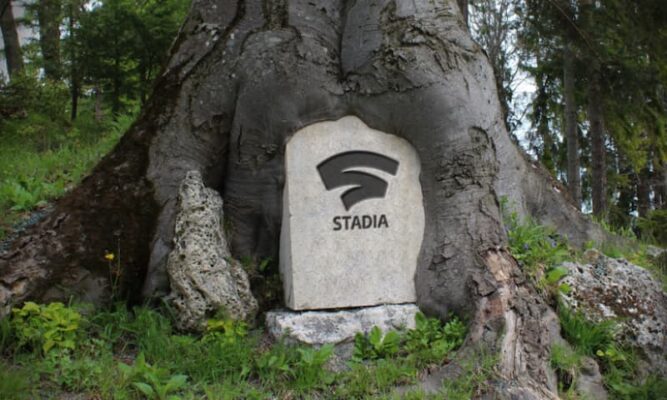 According to Business Insider, Google considers that it has not managed to catch the wave and that the Stadia brand is therefore no longer a priority. In OFF, some employees explain that Google would have almost given up negotiations with third-party publishers so that they can port their games on the service. The Mountain View company would be in a logic of limiting the damage (economically speaking) today and no longer in a development project.

Google is trying to save the furniture and limit the losses

In these conditions, all the infrastructure set up for Stadia would be renamed Google Stream in order to market it in “white label” for different customers. There would be touches with Peloton which would seek to add technology in its fitness accessories but also Capcom. This episode could be seen as the coup de grâce, following the closure in early 2021 of the development studios that Google had set up internally to provide itself with exclusive titles. Nvidia finds itself almost alone on this strategy that nevertheless continues to always question.

here is my Google Stadia review in one GIF.

this is on The Washington Post's Gigabit Ethernet last week. pic.twitter.com/qexEv6vyUD