This time we’re off to China to tell you about Colorful’s new motherboard. The brand announces its CVN Z690D5 Gaming Frozen, a new model for Alder Lake processors. Moreover, we will remember its aesthetics based on white and copper touches.

Z690D5 Gaming Frozen: a white and copper card for Colorful! 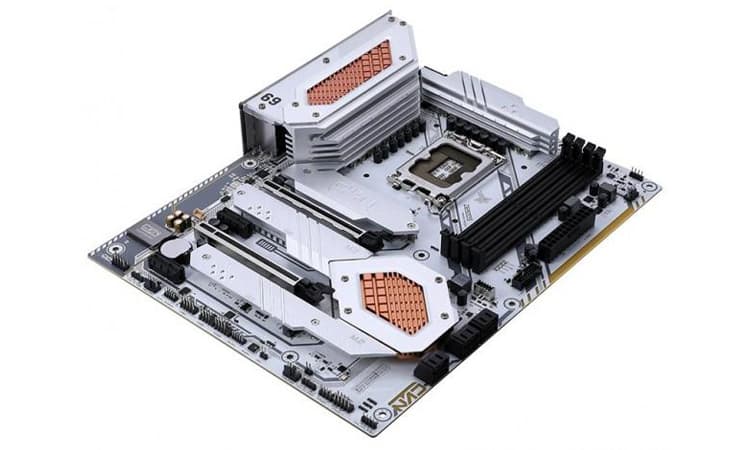 With this model, Colorful offers us a card in ATX format with a Z690 chipset and a LGA-1700 socket. From an aesthetic point of view, it is rather successful and we find a white card with copper touches on the heatsinks. Now we just have to see if it’s really copper or just a simple paint job.

Regarding the connectivity, this model highlights four memory slots in DDR5. Here, the RAM can go up to 5600 MHz, but the maximum capacity is not known, unfortunately.

At the PCIe level, we find two x16 connectors. The first one will work at the 4.0 standard and is well wired in x16, the second one will be an x4 running at the 3.0 standard. Finally, we have two small PCIe x1 3.0 to complete the whole.

Finally, we have no information about the CPU power supply, we just know that it has two EPS12V connectors in 8 and 4 pins.

Here is the Colorful datasheet!