After the “launch” almost a week ago, the Tachyum brand has shared in detail the specifications and performance of its “Universal Processors” in an interview. 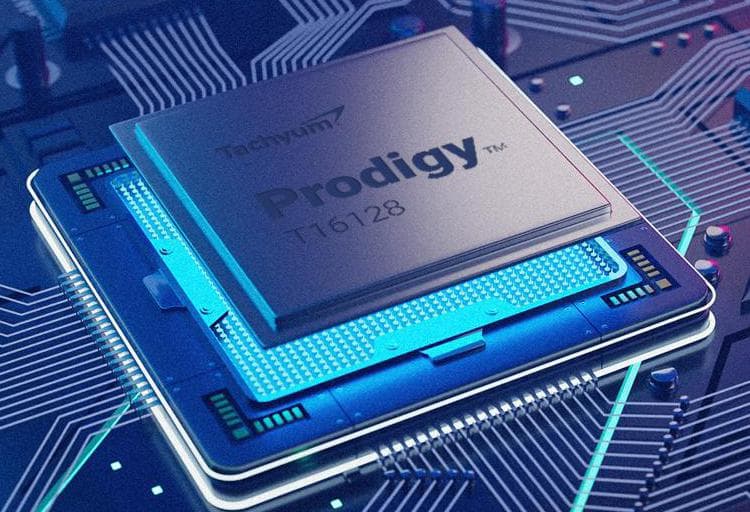 The site golem.de received for an interview, the CEO of tachyum, Rado Danilak. The latter took the opportunity to present the Prodigy processor, which is announced as the chip that will destroy AMD, Intel, NVIDIA and ARM by bringing together CPU, GPU and TPU, with performance beyond anything we can imagine.

Since 2018, the brand has announced its goal of producing a general-purpose processor, which would be 10 times faster than the latest Xeons, all while occupying a smaller area than an ARM processor and costing much less. As a bonus, the chip will be able to execute x86, ARM and RISC-V instructions.

Words that leave, even today, very perplexed. For the moment, the brand has not yet shown real benchmarks

on its chip … While claiming to have already planned to power the next European supercomputer.

Let’s start with the characteristics, we are on processors ranging from 32 cores to 128 cores, with frequencies up to 5.7 GHz that would be achieved through the use of an ISA other than the x86 and ARM. The whole would be coupled by 16 channels DDR5-7200, 64 lines PCIe 5.0 contained in a monstrous TDP reaching the 950W.

The Prodigy use the N5P engraving of TSMC and would have a surface of less than 500 mm². 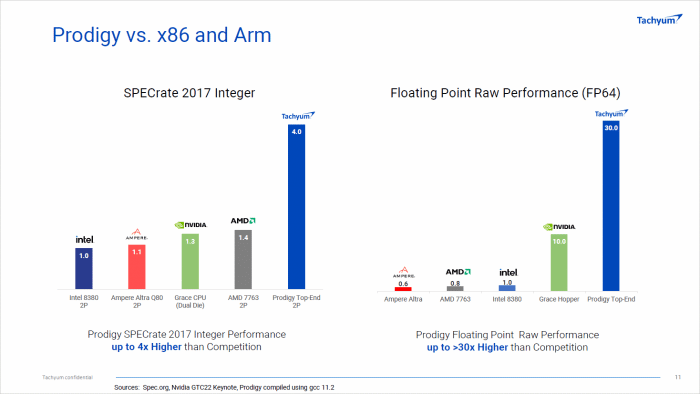 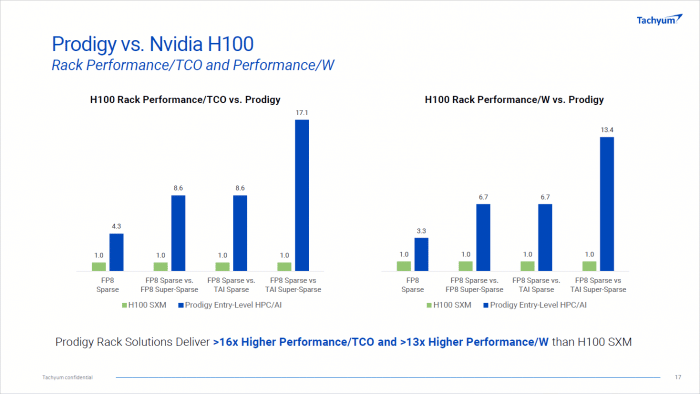 According to their figures, a dual socket of T16128-AIX would offer performance up to 4 times higher than the competition under SPECint 2017 and up to 30 times on the side of FP64 performance. Level TCO(total cost of ownership) and energy efficiency, we are also on a “monster” with a performance per TCO higher than 16 times and performance per watt higher than 13 times the H100 from NVIDIA which was released earlier this year. The CEO reminds, that the samples should arrive at the end of the year, for a production at the beginning of 2023. 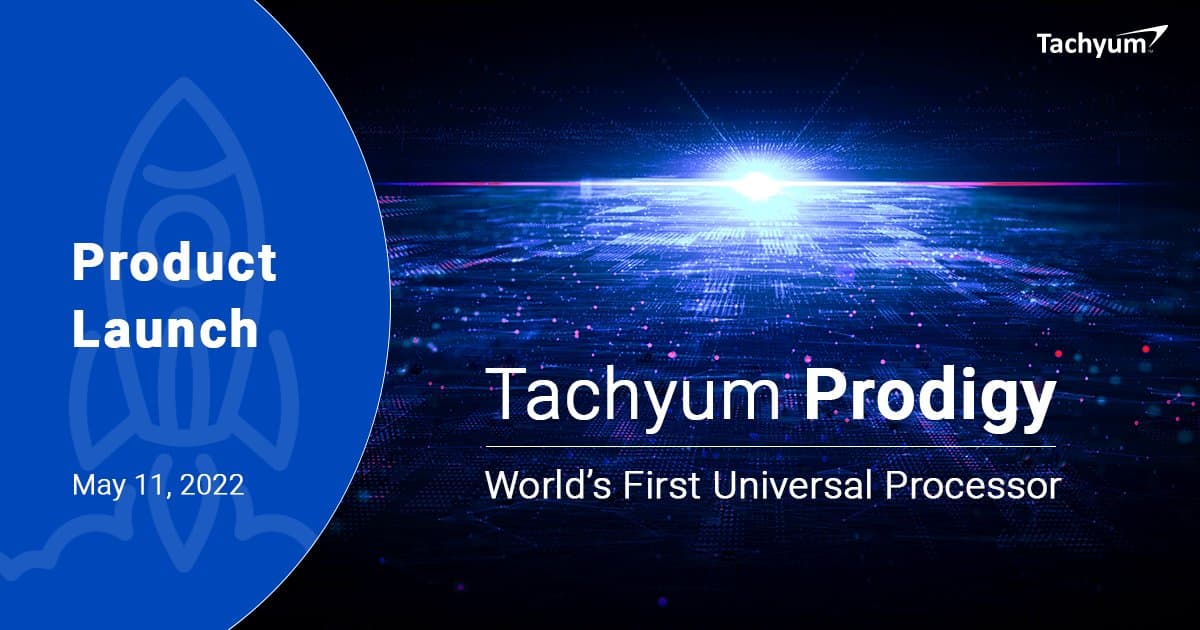 all his figures and statements made since 2018 on this Universal processor that would come to exceed Moore’s law and retire all other companies are still for the moment “wind”. Because everything is still based on simulations made with FPGAs that emulate only 8 cores, Tachyum has not yet shown any real chip of its processor. Let’s be fair and give this ambitious project the benefit of the doubt. One day the masks will have to come off and the real performance of their Prodigy will be revealed.