While most observers have noticed a big gap in AMD’s performance since the end of last year, until then the timing of Zen 4’s arrival was not particularly reassuring. In fact, AMD announced that its AM5 platform with Zen 4 CPUs should arrive in the second half of 2022, and there was even talk of a very late launch in the fourth quarter of the Ryzen 7000 series. 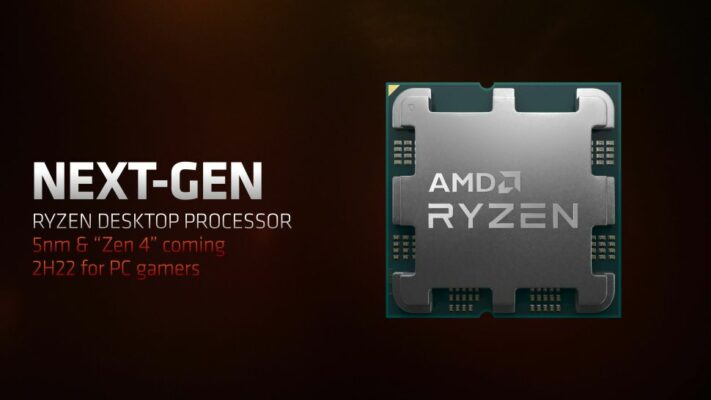 However, the Ryzen 7000 and the AM5 platform could be launched much earlier than expected if we believe the latest rumors. There is now talk that the AMD Ryzen 7000 line could be fully unveiled during Computex 2022 which takes place in May 2022. However, these announcements do not mean that the commercial launch will follow in the wake. We are all unfortunately getting used to these “Paper Launches ” that generate more frustration than enthusiasm.

In reality, it is difficult to see AMD launching its new range before the summer (or even the beginning of the school year) 2022. However, it is becoming necessary for the reds to occupy the field in front of the renewed vigor of its main competitor. For the record, the Ryzen 7000 will have the new Zen 4 architecture, an engraving in 5nm and the support of DDR5. A presentation at Computex of this new generation would almost immediately condemn the Ryzen 5800X3D with V-cache, which we don’t hear much about lately…