A priori, an Arc Alchemist graphics card from Intel has been spotted on the SiSoftware website. The information posted about the card shows that it has 4096 cores based on the Intel DG2-512EU GPU version. This card was tested on a Coffee Lake-S desktop platform, so it is indeed a desktop graphics card and not a portable version. 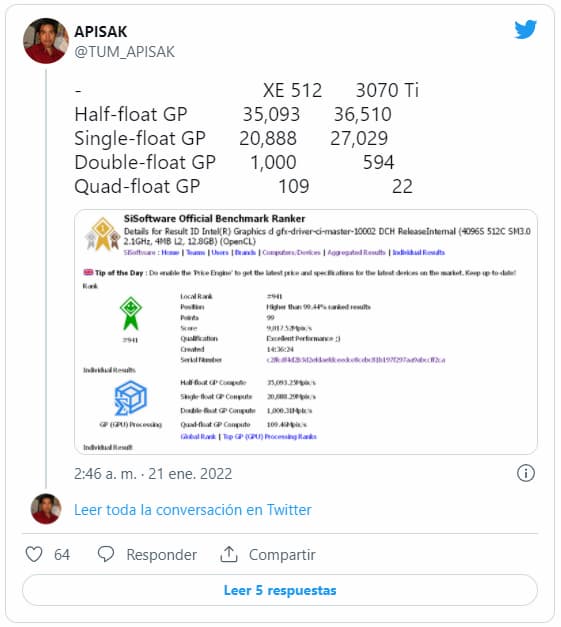 Intel graphics card: a competitive model on the high end?

The other information concerns the frequency, displayed at 2.1Ghz without being able to determine if it is the base speed or the boost speed. What emerges from this leak is that through SiSoft’s tools, the tested card got a better score than an RTX 3070 Ti. With a score of 9017.52 Mpix/s, it is 7.7% faster than the NVIDIA card which gets 8369.51 Mpix/s. 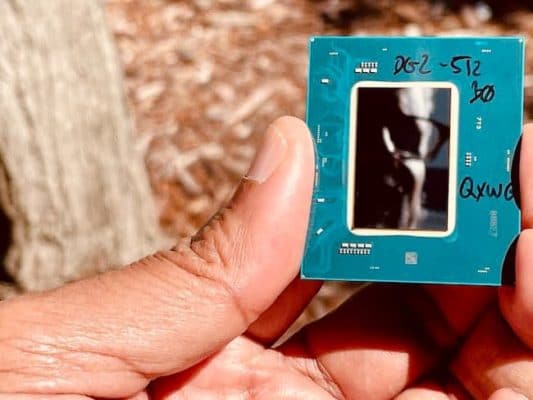 This information leads to several questions:

The latest information speaks of an arrival of ARC cards in the first quarter. However, in the last few weeks, other leaks have been suggesting that the laptop versions will arrive first and the desktop cards later in the year…