The Arc A-Series GPUs dedicated to laptops are supposed to be here since the end of the first quarter of this year…But like us, nobody has really seen them. And it’s not going to get any better as Intel has just pushed back the actual release to the end of the second quarter.

At the March 29th event, Intel had confirmed that laptops with Arc A-Series GPUs were shipping and available the same day from most of its partner brands. However, in the last few hours on Twitter, during exchanges regarding the availability of these laptops, it seems that Intel support itself has confirmed that these products will not be available until the end of the second quarter of 2022. 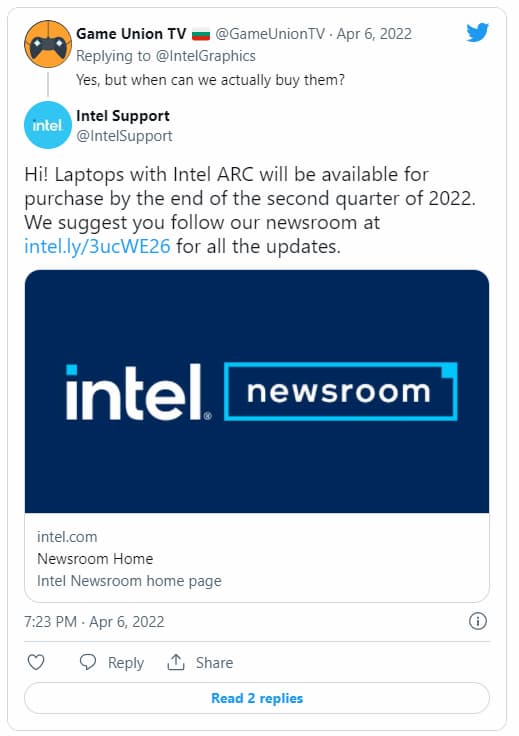 This delay is really just following the one regarding the desktop versions of ARC GPUs. So, according to the latest communications from the rookies, the high-end versions of the Arc 5 and Arc 7 series will be available in early summer and the desktop variants should land in Q2 2022. But it seems that the high-end desktop but also laptop may also be delayed while even the low-end GPU series does not seem ready to be shipped en masse to supply the distribution.

RELATED STORY
RTX 4070 in 4 months: doomed to be too expensive?
Powered by Inline Related Posts