Intel ARC cards are the talk of the town but let’s keep it factual (if possible)..

The Intel ARC Alchemist Gaming GPUs are undoubtedly the most awaited products by most observers but also by the general public. Beyond the technical curiosity, it should be noted that a particular tension has been created by the health crisis. Without minimizing the production problems, it must be recognized that Nvidia crystallizes a certain anger within the general public of PC lovers. The unreadable strategy of the greens and the historical inflation of prices means that today if an obscure card manufacturer located in Ulaanbaatar arrived on the market, it would benefit from an ultra favorable a priori.

In this context, AMD having deserted the field, Intel is expected as the Messiah. But beware, a great expectation is often synonymous with great disillusionment in our industry. So let’s take an objective look at the elements in our possession to get an idea of Intel’s real chances on the subject.

Intel ARC: the rookies have been building a technical dream team

Releasing a high-performance GPU and entering the graphics card market is probably not something you can do on a whim. For months now, we have been seeing the arrival of high-level executives at Intel. First of all, we can think of Raja Koduri. Some people see Raja as a traitor or an opportunist who left AMD, where he led the Radeon Technology Group, which produced the Polaris, Vega and Navi GPUs, and AMD’s strategy for establishing itself in consoles. But we quickly forget the rest of the man’s career, from his contribution at Apple to the Retina concept and his past from S3 to ATI. Behind Raja, the “transfers” have multiplied from Jim Keller to Chris Hook through Vineet Goel. These movements in tech are relatively common, but in addition to its charter of engineers, Intel has also recruited a real team within the gaming ecosystem (developers, designers…), making its market at Electronics Art or LucasArts. The American giant seems to have understood that it is not enough to produce a good GPU to ensure success.

When will Intel really launch its ARC cards?

For the moment, only one date should hold our attention, and that date is January 4th. Intel will hold a key conference at CES to detail its general strategy and probably reveal itself on its graphics cards. In this respect, it doesn’t seem like a coincidence that AMD and Nvidia will also hold a conference on the same day.

This is the whole debate of the moment and we must be aware that Intel is deliberately blurring the lines. First it was envisaged a release for the second quarter, then a later arrival (summer 2022) with a focus only on GPUs for laptops at the beginning of the year… At this point, we are clearly walking. It is likely that the schedule will start to be revealed in the next few days, but for now, we are in a game of liar’s poker.

It is common knowledge that Intel also has production problems and that its future GPUs are outsourced (perhaps partially) to TSMC. The consequence of all this is quite obvious: the available volume over 2022 should be very limited Under these conditions, the strategy of focusing on the laptop market does not seem completely inconsistent. The blues could thus push an Alder Lake/ARC “platform” among their partners in order to promote value..

At what level of performance will Intel’s future boards be?

Here again, a lot of bogus information is circulating. As usual, in the midst of all this flux, some elements of truth slip through.. Our sources have been playing a regular tune for several weeks:

For the rest, for months, several calibrations suggest that Intel solutions will be competitive. But it’s hard to imagine that the blues can hold the upper hand over Nvidia on all segments from its first year. Nevertheless, the information is very contradictory once again. Between the excess of modesty of Intel’s field teams who are constantly in the measure on this launch and the ultra offensive speech of their CEO Pat GELSINGER, it is difficult to make an opinion. On the other hand, several objective elements are to be taken into account: Pat Gelsinger has been given a real carte blanche for his appointment, his actions will not be dictated (at least in the short term) by the stock market and immediate profitability. This gives the means to set up a long-term strategy but also to accept to “pay” an entry ticket on the market… The other element is the position of Nvidia which could be the best informed of the history on Intel. The last “moves” of the greens could then be analyzed through the prism of the arrival of Intel. This would mean that Nvidia is not that inconsistent and that Intel is very much ahead. At this point it is difficult to say whether the first option is more serious than the second.. The next few days should shed some light on this CES, which promises to be resounding. 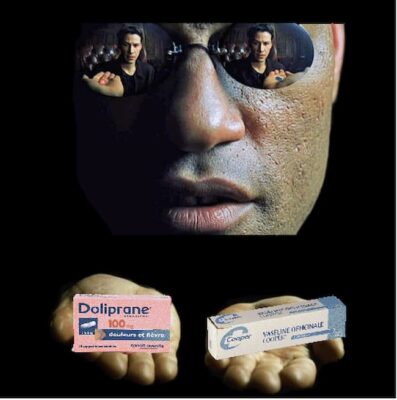