Mining has been heavily disrupted by many factors in recent months. Obviously, the increase in the price of electricity but also the end of GPU mining of Ethereum, have pushed farms and large miners to massively get rid of all their graphics cards to try to limit their losses. In Vietnam, a self-proclaimed “GPU king” store has started selling hundreds of graphics cards and piling them up all over its sales floor.

There is no doubt about the origin of all these GPUs: they are sold at very competitive prices without their original packaging and have obviously been used for mining. The people in charge of this business indicate on their social networks that they have a large stock of references ranging from the GTX 1660 SUPER to all the flagship models of the GeForce RTX range. 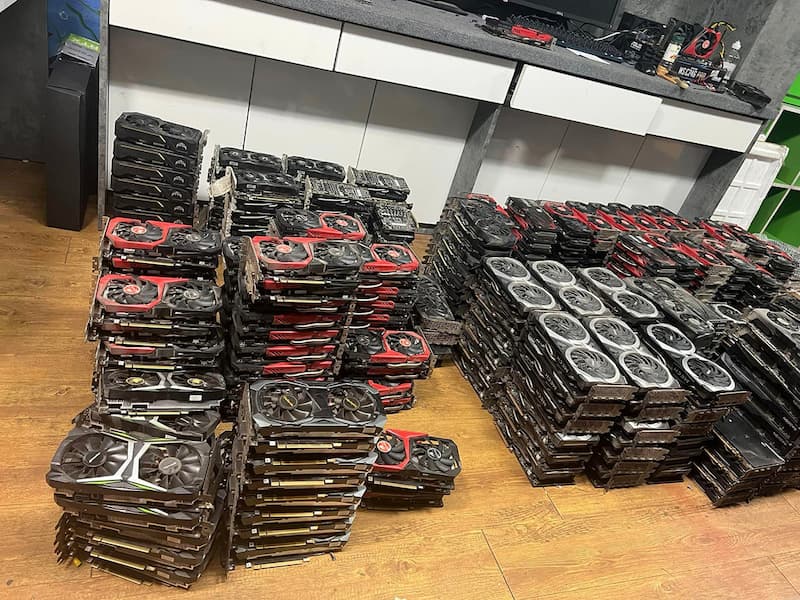 For example, the store offers GALAX RTX 3070 Ti for the equivalent of 299 euros or ASUS RTX 2060 DUAL EVO for 98 euros. If you want cheaper cards, they have huge stocks of GTX 1660 SUPER from ASUS, MSI or GALAX which are all priced at 72 euros. As a joke and to speed up the sales, the store even set up a roadside stand where you can buy lots of GPUs by weight… 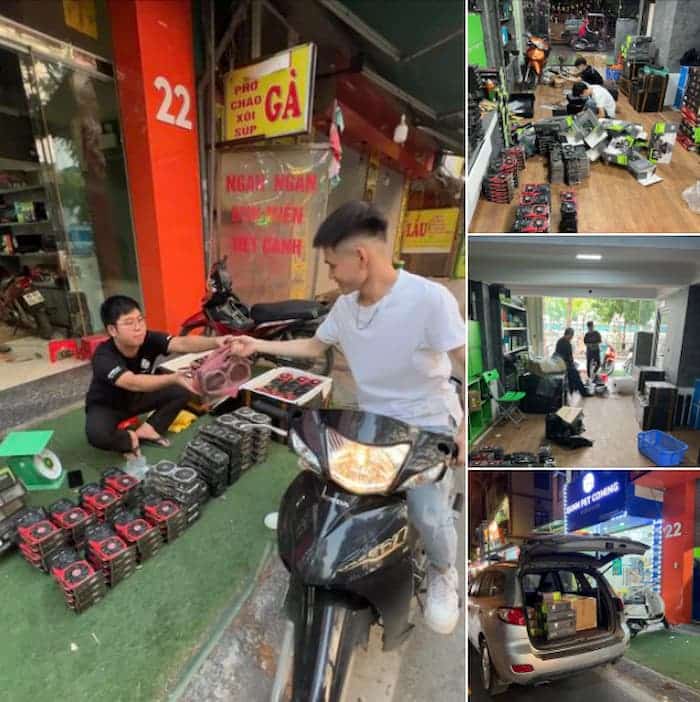 If we look at the shopkeeper’s networks, we discover that he is solicited by people from other countries to “import” his cards in volume and thus supply the second-hand markets…Watch eBay and remember that Santa Claus does not exist 😉