At EKWB we announce a nice little accessory to showcase your graphics card. More and more cases allow vertical mounting of the graphics card, however, this often requires a riser. This is what we are talking about today, the PCIe riser from EKWB, the EK-Loop!

EK-Loop : a PCIe riser from EKWB ! 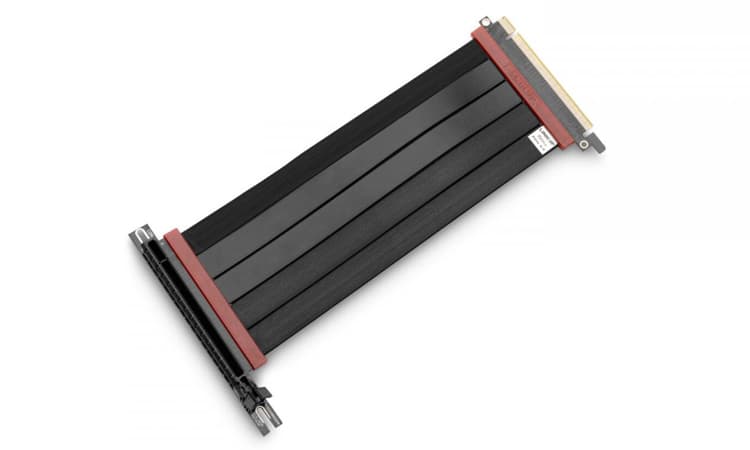 This new riser follows the same recipe for success as other models already launched. For example, EK’s riser comes with cables grouped in five shielded clusters to limit electromagnetic interference. Similarly, we have a PCIe x16 female connector oriented at 90° reducing the height of the latter. In addition, the male part remains straight, which could be a problem in some ITX cases with compartments. Nevertheless, this riser remains compatible with the PCIe 4.0 standard.

Finally, as far as dimensions are concerned, the riser itself has a total length of 25 cm from one connector to the other. The cable itself is 20 cm long. It should also be noted that the brand announces a great flexibility, practical if it must be housed in cramped places.

Finally, it only remains to talk about the price, which is 67.46 € on the brand’s store. Unfortunately, this kind of accessory remains quite expensive.

This way to the EKWB datasheet!