Some new information has leaked about the upcoming Raptor Lake Core i9-13900 CPU. Tests from the SiSoftware Sandra benchmark have been revealed. A copy of an i9-13900 ( not K ) was put through the mill with its 8 high-performance cores running at a low frequency of 3.75 GHz while the 16 low-power cores reached 2.76 GHz. Considering this information, the Core i9-13900 processor tested showed a 33 to 49 percent performance improvement over Alder Lake despite its particularly low operating frequencies. However, in heavy workloads such as vectorization/SIMD, the performance improvement is only 5-8%. 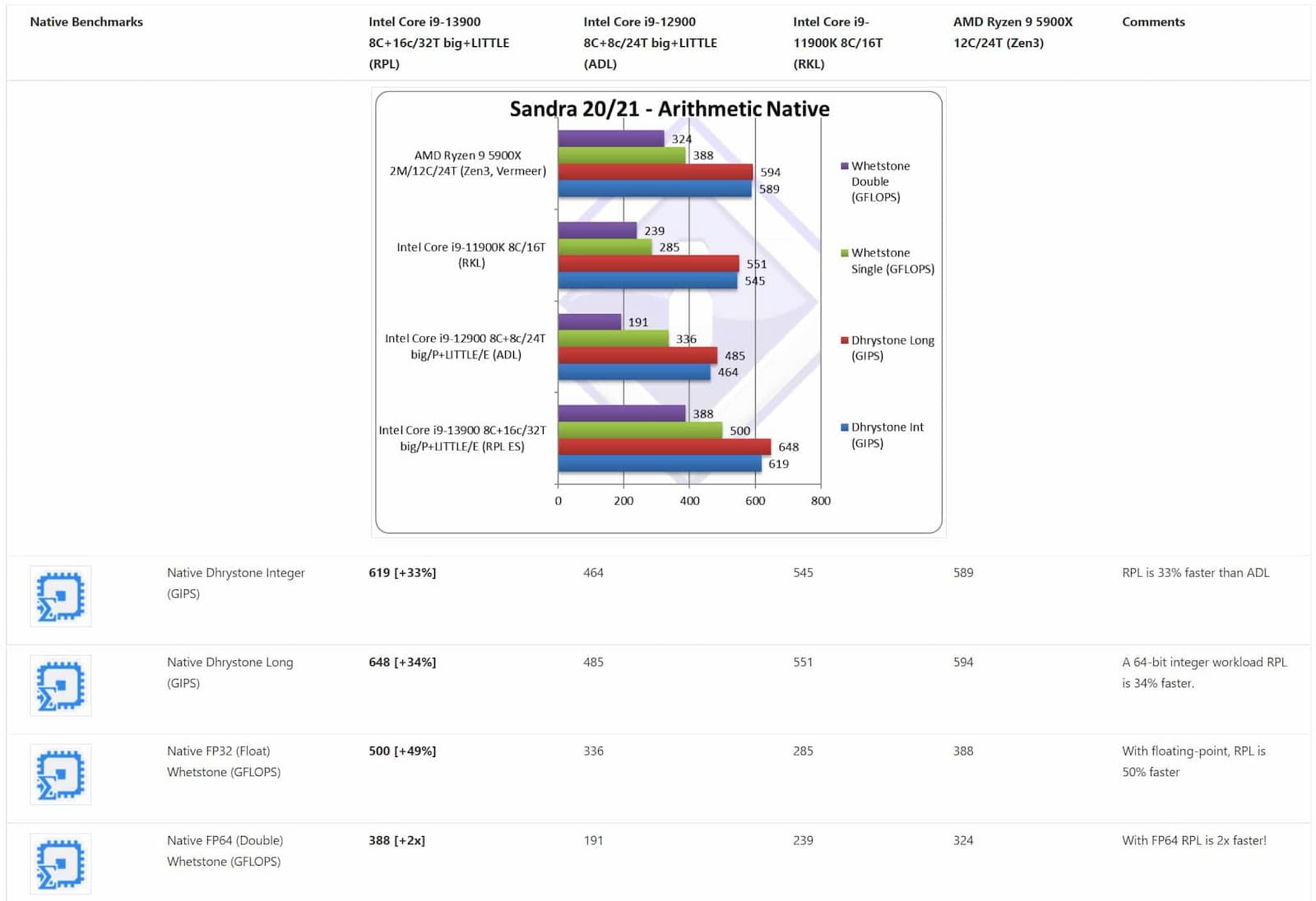 It is important to take into account that the test was performed on a sample that does not come from the final production. This means that the CPU can ( must ) still improve with first of all an increase of the frequencies. According to several leaks, with Raptor Lake, Intel would still be able to take the upper hand on the next Ryzen 7000 that AMD plans to launch at the end of the year. Unlike Alder Lake, the future Raptor Lake should be at ease to handle tasks that require many threads. The i9s in particular will have 32 threads in total (like AMD’s Ryzen 9 5950X) and 24 real cores (compared to 16 on AMD) where Alder Lake had to make do with a maximum of 16 cores and 24 threads.