BIOSTAR announced on June 10, 2022 a new line of workstations, the MP-J4125, which targets an all-purpose segment. 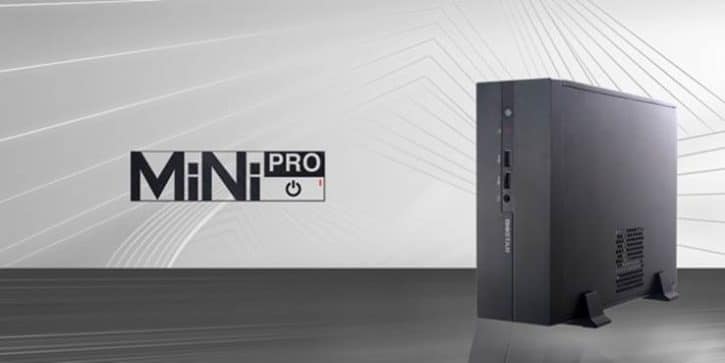 As part of the MiNi-PRO series, the new MP-J4125 offers a new option for those looking for an affordable, plug-and-play mini-PC. Equipped with the quad-core Intel Celeron J4125 processor, released in 2019, and a BIOSTAR J4125NHU motherboard, the MP-J4125 can accommodate up to 8GB of DDR4 RAM at 2400 MT/s. On the video side, the system embeds a DX12-compatible integrated graphics chipset that can display up to 4K resolution via HDMI. According to the brand, this new MP-J4125 promises “exceptional performance for all types of uses”. As for storage, the MP-J4125 is compatible with SATA III (6Gb/s) and M.2 (M Key) standards. Thus, the addition of additional disks will be easy to realize and “ plug & play “. With a passive power supply of only 60W, a fanless chassis and a small footprint due to its small size, the MP-J4125 will remain discrete. It can also be used as a media center or as a back-up system for office work or games that are not very demanding. For the moment, we have no price or date announced for Europe. Via BIOSTAR.COM.TW